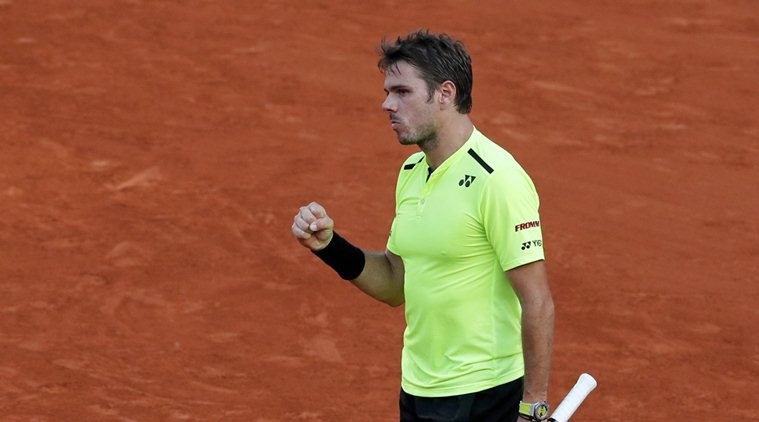 Andy Murray racked up his 650th career win to reach the French Open quarterfinals on Monday where he was joined by 2015 champion Stan Wawrinka.

However, instead of discussing the match in the traditional on-court TV interview, Murray took the microphone to remember the 29 people who died in the recent outrages in London and Manchester.

“Obviously there was terrible tragedy in London and Manchester. Paris has had its problems too in recent years,” said Murray.

“I am sure everyone will join me… we share our thoughts and prayers with everyone who has been affected.

“I appreciate everyone still coming out to support the tennis. I am grateful that I can still perform in front of everyone.”

Murray broke the serve of the 21-year-old Russian, playing in a Slam fourth round for the first time, on five occasions.

Before Monday, Khachanov had held serve for 48 successive service games.

Nishikori, a beaten quarterfinalist in Paris in 2015, has now made the last eight of a Slam for a seventh time, a record for a Japanese man.

Nishikori stunned Murray in five sets at the US Open last year although he insisted he had little memory of it.

“I don’t even know if I win or lost. I won?” he asked reporters of a win which was just his second in 10 meetings with the Briton,

Wawrinka, the third seed, booked a place in the quarterfinals for the fourth time with a comfortable 7-5, 7-6 (9/7), 6-2 win over Gael Monfils, the last French player in the men’s draw.

He will take a 2-11 losing record against Wawrinka into his match with the Swiss star.

It is Cilic’s first Roland Garros last-eight spot while he is the first Croatian to get this far since Mario Ancic and Ivan Ljubicic in 2006.

Seven of the top seeds have made the quarterfinals with Spain’s Pablo Carreno Busta playing the role of gate-crasher having knocked out fifth seed Milos Raonic on Sunday.

The world No 97 had only won one match at the majors before this year’s Roland Garros but she was the better player in the first set with Pliskova hitting just four winners.

The two compatriots have been involved in a recent feud over the Fed Cup and are barely on speaking terms.

However, they exchanged smiles and a warm embrace at the net at the end of the tie.

Third seed Halep, who like Pliskova can become the new world No 1 if she wins the title, claimed her first victory on clay in six attempts against the Spaniard.

“I played my best match of the tournament. I served well and opened up the court,” said Halep.

The two met in the Rome final on the eve of Roland Garros when Halep was beaten and suffered an ankle injury which threatened her appearance in Paris.

Svitolina reached the quarterfinals for the second time, ending the dream run of world number 290 Petra Martic with a 4-6, 6-3, 7-5 win.

However, Martic, bidding to become only the 10th qualifier to make the last eight in Paris threw away a golden chance for victory.

The 26-year-old led 5-2 in the final set before Svitolina rallied to race away with the last five games.