Muguruza, Venus through to Wimbledon final 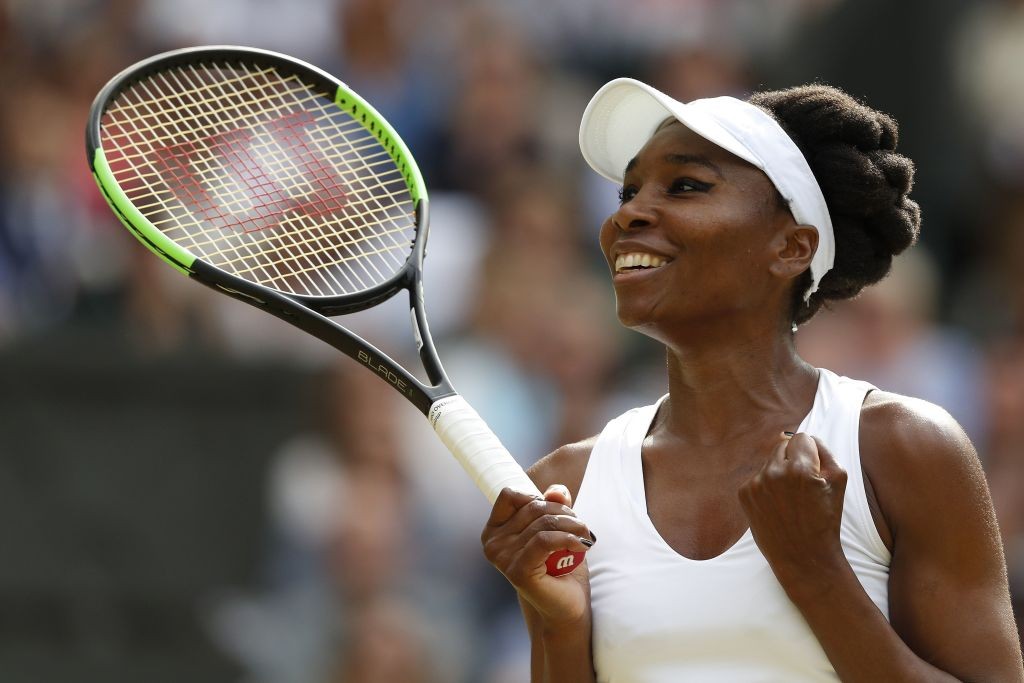 Five-time champion Venus Williams rolled back the years to reach her first Wimbledon final since 2009 with a clinically-executed 6-4 6-2 victory over home hope Johanna Konta on Thursday, while Spain’s Garbine Muguruza reached her second Wimbledon final in three years with a thumping 6-1 6-1 win over Slovakia’s Magdalena Rybarikova.

Konta was looking to become the first British woman to reach the Wimbledon final since Virginia Wade lifted the trophy in 1977, but she was picked off at crucial times by Williams, who claimed the last of her Wimbledon titles nine years ago.

Williams broke in the 10th game to clinch the first set and then turned the screw on her sixth-seeded opponent, breaking twice more to wrap up the match.

Konta saved two match points before Williams crunched a forehand past the Briton and then twirled in celebration on Centre Court.

A visibly confident Muguruza needed just 64 minutes to beat the 87th-ranked Rybarikova, who had beaten third seed Karolina Pliskova and American Coco Vanderweghe on her unexpected run to the last four.

Muguruza, who lost to Serena Williams in the 2015 final, will face the winner of Thursday’s other semi between Venus Williams and Britain’s Johanna Konta.

The Spaniard was 3-0 up after just 10 minutes, her aggressive approach paying dividends against an opponent who looked nervous in what was the biggest game of her career to date.

“I think I stepped on the court super-confident and I played well,” said Muguruza, who is being coached at this tournament by Conchita Martinez, the only Spaniard to win the women’s singles at the All England Club.

The women’s tournament this year has been marked by some fiercely contested and tight battles but this was a disappointingly one-sided affair.

Muguruza appeared with heavy tape on her left thigh but there was no sign of any hindrance to her movement.

Indeed, she was simply stronger in every department, hitting 22 winners and just 11 unforced errors as she won 60 points to Rybarikova’s 33 with her backhand down the line, fundamental to her win.

The Venezuela-born 23-year-old, the 2016 French Open winner, was quick to the net and her groundstrokes flowed easily as she rattled off the first set in just 30 minutes.

Her serve was strong and she was positive in going to the net, while Rybarikova struggled with her serve and found her returns coming up against a wave of attacks from the Spaniard.

Muguruza won ten of 13 points at the net in the first set and that lay the foundation for her dominance in the second.

The Slovak’s first service game of the set was broken, as she went wide on break point and a sizzling backhand return winner down the line, the shot of the match, established another 3-0 lead.

Rybarikova had done remarkably well to reach this stage after a seventh month injury lay-off, getting herself into great form by winning International Tennis Federation tournaments at Fukuoka, Surbiton and Ilkley.

But this was a step too far. Even when she was able to hold in the second, she needed to stave off two break points to do so.

The final point was a rare rally but it ended with Rybarikova finding the net after being forced into the corner by Muguruza’s relentless returns.