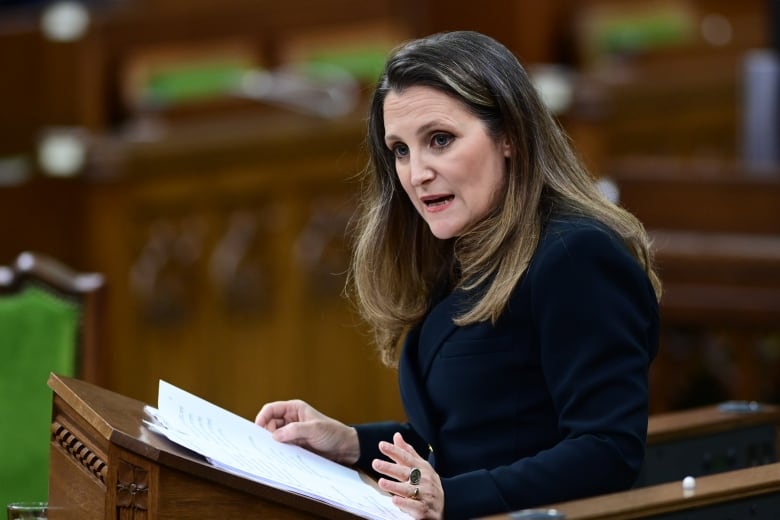 Politicians are calling on executives and management at Nav Canada to pay back $7 million in bonuses they received last year during the pandemic, while the private non-profit was tapping into government aid and issuing layoff notices.

Opposition MPs told CBC News they want the company — which owns and operates Canada’s air traffic control system — to follow Air Canada’s lead. The airline announced yesterday its senior executives will give back their 2020 bonuses in response to “public disappointment.”

“If the Air Canada executives can make the right steps in the right direction to pay back some of their bonuses, I don’t see why Nav Canada can’t pay back their bonuses as well.”

Public outrage flared last week after the Globe and Mail reported Air Canada gave corporate executives and managers $10 million in “COVID-19 Pandemic Mitigation bonuses” — along with other stock awards — while the company negotiated with the federal government for a multi-billion-dollar pandemic aid package.

Nav Canada said it won’t decide until the fall whether it will hand out bonuses for 2021.

When asked repeatedly by CBC News if company executives will pay back the bonuses from 2020, Nav Canada did not answer directly. Instead, company spokesperson Brian Boudreau defended the “management incentive program,” saying it was “reduced significantly” last year by 20 per cent.

“Last year, cuts were made to our management compensation, pension plan and incentive programs as well as a significant reduction to overall management staffing numbers, including the executive management team, to reflect the challenging financial environment,” Boudreau said in a media statement sent to CBC News.

Nav Canada saw profits and air traffic plummet over the past year as the pandemic battered the industry, prompting some 720 jobs lost among roughly 5,200 employees since March, plus another 180 announced in December. Roughly 30 air traffic safety electronics personnel were laid off, according to their union. The union said Nav Canada said it needed to roll back negotiated wages or face deeper cuts.

“I find it rather immoral considering they were asking employees to roll back wages but they’re ok with taking bonuses themselves,” said Paul Cameron, business manager for the International Brotherhood of Electrical Workers.

Bloc Quebecois MP Xavier Barsalou-Duval called the bonuses “selfish.” He said not paying back the money shows a “lack of sensitivity” in a hard-hit sector.

“I don’t understand how you can think it’s a good thing to give bonuses to bosses when everything is going wrong around you,” said Barsalou-Duval, who is the vice-chair of the transport committee.

NDP MP Brian Masse called it “shameful and a dereliction of leadership during a crisis.”

Nav Canada said the bonuses handed out last year to 558 managers at all levels of the organization were for their work prior to the pandemic.

But MPs said that in the same year the bonuses were granted, Nav Canada was tapping into the federal government’s Canadian Emergency Wage Subsidy to help cover its payroll as the pandemic crippled air travel. At the time, the company also was looking at closing flight control towers at several locations across the country and issuing potential layoff notices.

The company announced on Friday it was cancelling 41 surplus notices affecting workers in Gander, Moncton, Montreal and Edmonton who were slated to lose their jobs in just days. The company also previously called off 87 other layoff notices and committed to keeping air traffic control towers open.

NDP MP Taylor Bachrach said MPs demanded answers from the president and CEO of Nav Canada during a parliamentary committee hearing in February, but nothing changed.

“We’ve been clear that organizations receiving massive amounts of government aid should not be giving their executives bonuses,” he said. “That applies to Nav Canada just as it applies to companies like Air Canada and others.”

Bachrach said it’s the government’s responsibility to create rules that prevent this kind of behaviour.

Doug Best, president of the Canadian Air Traffic Control Association, told CBC News his organization is concerned about the “poor quality of decisions being made and the bad faith environment in which they are being made.”

“The original decision to pay bonuses was done in bad faith,” said Best in an email to CBC News Monday. “Whether the decision is made to give the money back like Air Canada or not does not change the fact they were paid at the same time they were laying off employees, all the while taking government handouts.”

In a memo to staff, the union’s executive board said that while it’s happy Nav Canada workers will not be losing their jobs, that’s not good enough.

“Rescinding the letters provides relief for our members but does not make amends for the treatment they have received for the last six months at the hands of the company,” said the memo, dated June 4.