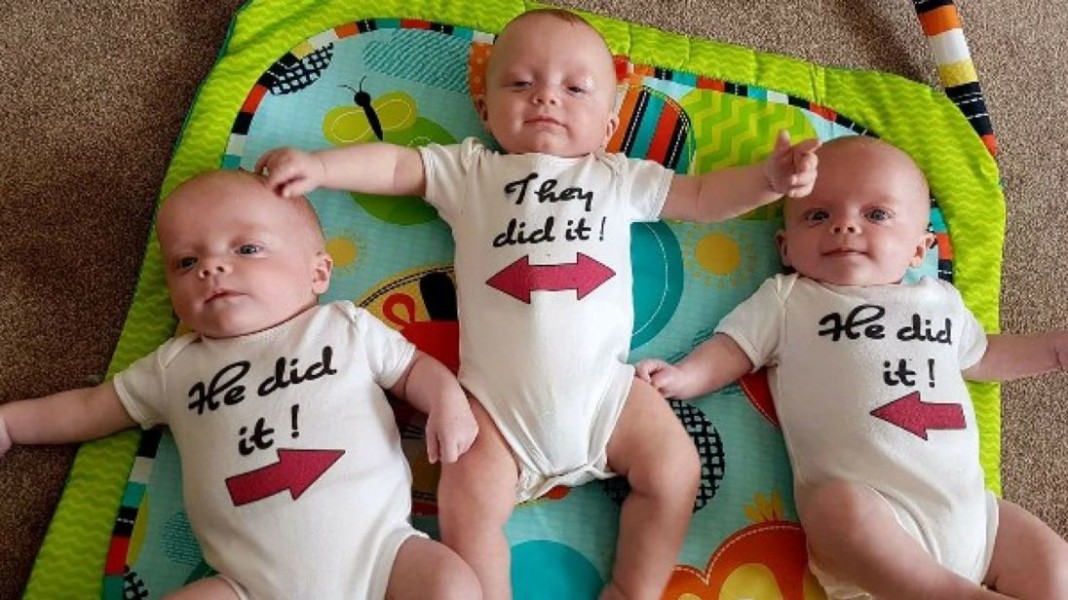 A mother whose two baby triplets died in a “tragic accident” has paid tribute to the boys who she described as “my life, heart and soul”.

Noah and Charlie, both aged five months, were found to be not breathing when police officers arrived at their home in the Windmill area of Bridgend, south Wales, on 23 September.

Their brother Ethan was found healthy, and remains safe and well.

The two unresponsive babies were taken to the Princess of Wales Hospital in Bridgend by officers, where they were later pronounced dead.

South Wales Police said the deaths were not being treated as suspicious, but as a “tragic accident”.

Their mother, Sarah Owen, said she has been left “devastated” by the tragedy, describing them as “the happiest babies” who “always had a smile for everyone and made everyone smile back”.

She went on: “I would give anything to hold my beautiful boys, to see them smile, hear them laugh or even hear them cry.

“I am completely lost and heartbroken without them it feels like I’ve lost my limbs.”

A Go Fund Me page to raise money for funeral costs for the babies exceeded its £5,000 target in less than 24 hours.

A post-mortem examination will now be carried out.

One course of inquiry is understood to be sudden infant death syndrome (SIDS), also known as cot death.

According to the NHS, premature infants and baby boys are at greater risk from the syndrome, which usually occurs in the first six months of a baby’s life.

Just under 300 babies die from the syndrome in the UK every year.