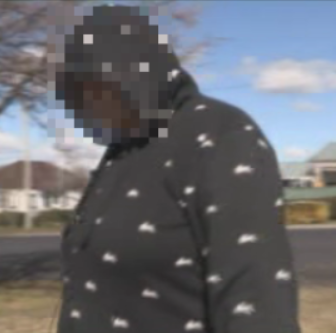 A mother who killed her three-year-old son “because he looked like his father” has been sentenced to at least 33 years in jail, while her partner has been given a prison sentence of at least 30 years.

The toddler, known as Joseph, suffered extreme abuse at the hands of his mother and step-father. After months of abuse, the child died from extensive and horrific injuries to his head and body in the town of Oberon in New South Wales’ central west.

The child’s 43-year-old mother and her 48-year-old man, who cannot be named for legal reasons, were found guilty of murder in the New South Wales Supreme Court in April. The court was told the mother admitted to police that she had thoughts about killing her son because she “just didn’t connect with him”.

Joseph’s mother and stepfather did horrible things to him. In one instance, his eyes were taped closed with duct tape because he was staring at them. He had been hit with a spoon and, in another instance, forced into an esky cooler for ice baths in a bid to bring out his bruises. In the days before his death, Joseph’s mother jammed his head in a wardrobe door and punched him in the head.

“Don’t get me wrong I did love that boy … but there was a part of me that hated him … because he looked like his father, because he’s his father’s child,” she told police.

Detective Sergeant Joel Fawkner from NSW Police said the level of torture Joseph sufferes was “very traumatic” and “inhumane”. He said officers had quit the force after being involved with the “dreadful” case and added, “you can’t unsee what we’ve seen.”

In sentencing, Justice Peter Johnson said: “Rather than nurturing her son, LN punished him as if he was in some way responsible for the sins of his father. This was a grotesque and cruel feature of LN’s conduct towards her son.”

“By the time of the final assault causing death I am satisfied that Joseph had been worn down physically and psychologically by the assaults upon him so as to render him more vulnerable to the final and fatal attack,” he said.

Speaking to Joseph’s extended family who were in court, Justice Johnson told them it was not their fault.

He said: “In my view the extended family members should not in any way blame themselves for what happened. It is a measure of their decency and compassion that they have reacted to these events in this way. Each of them provided care, love and support to Joseph while he lived with them in Sydney for several years.”

“If Joseph had continued to be raised with the extended family in Sydney in 2014 there is every reason to believe he would have grown into a fine young man,” he said.

Outside court, the dead child’s uncle said he was pleased with the sentences.

“The judge dished out the appropriate punishment, as far as I can see,” he said.

The uncle said he did not believe the child’s mother and her partner had an understanding of what they had done.

“All through the court process, I haven’t seen any remorse or any behaviour that would suggest they were upset by this whole ordeal,” he said.