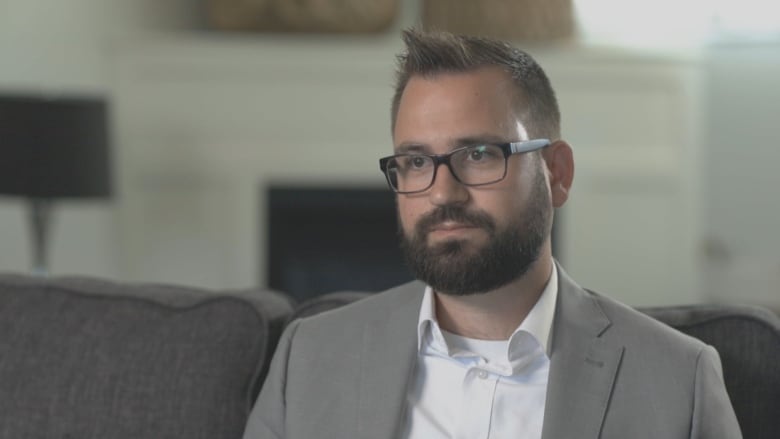 As a chartered professional accountant, part of Nigel Kennett’s job is financial audits.

While reviewing the books of a religious organization, the Edmonton resident decided to take a look at the finances of his own church, using the website of the Canada Revenue Agency.

He typed “the Church of Jesus Christ of Latter-day Saints” into the search box, and checked the first hit.

That year alone, he saw on the website, the LDS church sent almost $100 million to its Brigham Young University in the United States.

The majority of that money came from tithing — or the 10 per cent of gross annual income some 200,000 Canadian Mormons like Kennett and his wife contribute to the church annually.

In fact, in the last 15 years, the LDS church in Canada has moved more than $1 billion across the border to Brigham Young universities in the U.S., an investigation by CBC’s The Fifth Estate has found.

If members of the church such as Kennett were surprised to see how donated money was used, so, too, might Canadian taxpayers. According to tax experts consulted by The Fifth Estate, the church’s tax-free status meant the move may have cost the Canadian treasury as much as  $280 million.

It’s perfectly legal for the church to send money to BYU.

According to the tax experts consulted by The Fifth Estate, the money sent to BYU costs other Canadian taxpayers anywhere between 16 to 28 cents for every dollar donated.

“The tax provision administered by the Canada Revenue Agency is both legitimate and well-known,” a church spokesperson said in a statement to The Fifth Estate.

In a response to The Fifth Estate, the CRA said organizations that choose to register as charities are required to follow a particular set of rules listed  in the Income Tax Act.

“The Canada Revenue Agency ensures only eligible organizations qualify for registration and that charities devote all of their resources to charitable activities. To the extent that a charity is found to be devoting its resources to activities that are illegal, non-charitable or contrary to the requirements of the Income Tax Act, it can have its registration revoked,” a CRA official said.

Charities in Canada are allowed to transfer donations to foreign charities and universities as long as those institutions are on the CRA’s list of “qualified donees.”

If a school regularly enrols Canadian students, it can make the list.

Established by Brigham Young, LDS president from 1847 to 1877, Brigham Young University is a private institution, owned and operated by the church and headquartered in Salt Lake City.

Three BYU schools — in Utah, Idaho and Hawaii — are popular among Mormons. As many as 98 per cent of students at those schools are members of the church.

The number of Canadian students fluctuates, but by any measure is small. According to available data, in the fall of 2018, there were 1,394 Canadian students in the three LDS schools, representing 1.6 per cent of the student body that semester.

Other U.S. universities on the CRA’s “qualified donees” list include well-known schools such as Harvard, Berkeley and Stanford, along with some lesser-known universities such as Loma Linda University, a part of the Seventh Day Adventist church, and Yeshiva University, a private Orthodox Jewish school.

However, none gets the same amounts of money as BYU.

The Fifth Estate also collected the list from CRA of the money Canadian charities have sent to all foreign universities in the same 15 years.

The LDS church expects members to pay regular tithing to gain access to the saving rituals of a Mormon temple.

According to the church, tithing funds are used “among other things, to build temples and meetinghouses, support family history research, share the gospel with others and provide humanitarian service.”

That’s what Kennett was expecting the church to do with his donations.

Knowing how much of that money went to BYU, he is angry, given that when members of the church like him and his wife pay their tithing, they receive a tax credit.

Kennett said he always thought tithing was a good thing because charities are doing good work for communities. He doesn’t think that way anymore.

“I understand that if I was to donate to the University of Alberta, that I would get a donation tax credit for that because it eases the strain of the federal and provincial governments for funding those institutions. But $100 million going towards BYU doesn’t do anything to alleviate the financial strain of provincial and federal governments in Canada,” he said.

Kate Bahen, managing director of Charity Intelligence Canada, a non-profit watchdog organization, said that as a charity, LDS Canada “enjoys many benefits, it gets to operate tax free.” What strikes her the most, she said, is the church’s lack of accountability and transparency.

“This is unacceptable…. Charities are public organizations and their books must be open.”

‘They wouldn’t ever fully accept me’

For one Canadian who studied at BYU, the move of Canadian money to support its schools in the U.S. raises questions because of the institution’s history with LGBTQ students.

“I encountered so many people who said, ‘Oh we love queer people, they just can’t act on it,’ and they seemed to see me just openly identifying as queer as a form of acting on it. And I realized they wouldn’t ever fully accept me unless I stayed silent,” said Jaclyn Foster, a Calgary-born former BYU student who finished her bachelor of science in genetics, genomics and biotechnology studies in 2018.

The LDS church considers homosexual activity “a serious sin,” and the university has an honour code that requires “abstaining from any sexual relations outside a marriage between a man and a woman.”

In 2018, a Canada university with similar policies around LGBTQ students was denied accreditation for its proposed law school. The Supreme Court of Canada ruled its code of conduct is discriminatory.

Breaking the honour code at BYU can have serious consequences, especially for international students.

“You don’t just get kicked out from school. You lose your housing. If you have a job on campus, you lose your job, which if you’re a Canadian, you could only work on campus. You lose your student visa and have to go home,” Foster said.

She questions how it is possible to move money from Canada to such a university.

“What is it about the Canadian tax code that makes … BYU acceptable?”

In a written statement, the church said its universities “have students from Canada currently enrolled and have had thousands of students attend these institutions between 2007 and 2021.”

While acknowledging donations made by members were transferred to three Brigham Young universities, the church said “more donations were retained and used in Canada.”

According to The Fifth Estate research, in the same period, 46 per cent of tithing money left Canada for the U.S.

The findings by The Fifth Estate are adding to financial questions the LDS church is facing globally.

There are calls from former members of the church, as well as political leaders, for a tax investigation in Australia, where questions have been raised about whether the church has been doing widescale tax avoidance or tax evasion by running its activities through what appears to be a shell company that had no paid employees.

One of the loudest voices for a tax investigation was former opposition politician Andrew Leigh, who is now Australia’s charity minister.

Although he couldn’t confirm there’s an ongoing investigation into the church’s activities because it would be done at arm’s length from the government, Leigh told The Fifth Estate “it’s important that everyone is playing by the rules.”

“Charity shouldn’t be a way of sheltering yourself from appropriate tax payments.”

In a statement, the Mormon Church insisted it has not violated any tax laws in Australia. 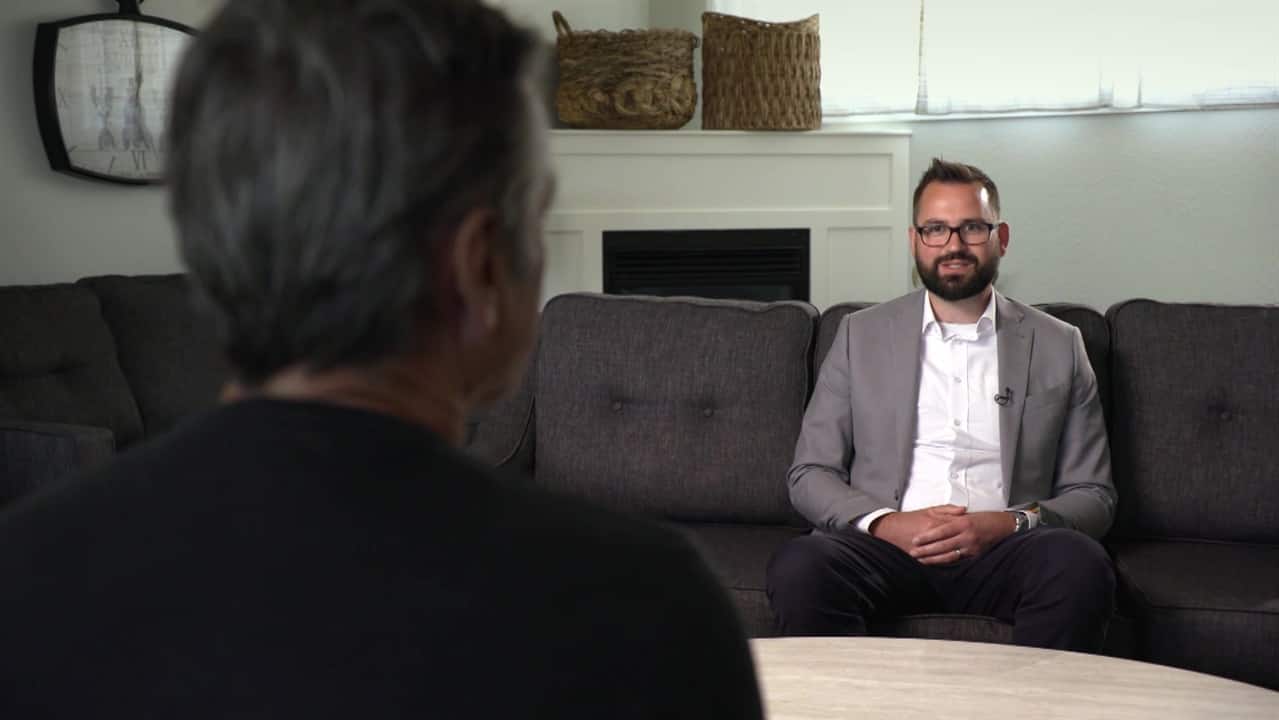 Member Nigel Kennett is angry about how the Mormon Church is spending its tithing money.

In the United States in 2019, two Mormon brothers filed a whistleblower complaint to the U.S. Internal Revenue Service that the church used part of tithing money to amass about $100 billion US in accounts intended for charitable purposes through its investment arm Ensign Peak Advisors.

“You have billions of dollars in Apple and fossil fuel-burning companies and energy companies … that rattled people, and then the lack of activity in doing something that that money is designed to be used for,” Lars Nielsen, one of the two brothers, told The Fifth Estate.

The IRS didn’t want to confirm or deny if there is an investigation into the church activities.

“Ensign Peak works daily with the church’s treasury department to ensure the church’s financial needs are met. Such needs include providing humanitarian assistance,” the church said.

Before Kennett reached out to The Fifth Estate with what he discovered when he looked into his church’s finances, he tried to talk about these issues with members, reaching out to his bishop, he said.

“He just shrugged his shoulders and was like, ‘Well, the Lord commands and so we obey.'”

Although Kennett and his family are not practicing anymore, he is still a member of the church. He said his family ties to Mormonism go too deep for him to break them.

But he knows this might change after his interview with The Fifth Estate.

“If the church considers someone to have broken … covenants or to have spoken ill, they will excommunicate that individual.”

Kennett said he’s at peace with that.