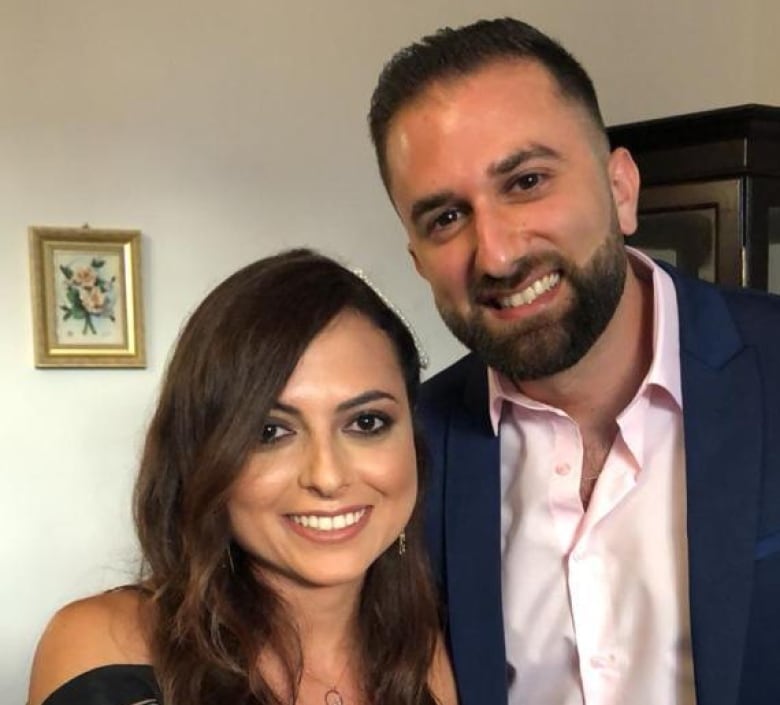 Bayan Assi, 29, a Canadian citizen, has been trying to bring his Lebanese wife to Canada ever since they married in January.

But despite the horrific explosion in August that levelled parts of Beirut, where Rawand Shamseddine, 30, lived, the two are no closer to being together.

A federal program specifically designed to help speed up family reunification and rescue people from the rubble of Beirut has turned the couple down, saying Shamseddine does not qualify.

“Every single day she stays in Lebanon, I’m risking her life. I’m risking her mental stability,” said Assi of his wife, who witnessed her father die in the rubble and has now fled to her hometown, north of Beirut.

Assi and Shamseddine met through a mutual friend in Lebanon back in 2016, while Assi was visiting family.

For three years, the couple maintained a long-distance relationship, while Assi completed his degree in computer engineering at Concordia University.

They married over Skype in January 2020 because civil unrest in Lebanon made travelling there complicated.

“It was a hard moment. I wanted that moment to be physical. But I wasn’t able,” said Assi.

In March 2020, Assi applied for the Canadian spousal sponsorship program for Shamseddine, who has a masters degree in music.

They spent the summer waiting for news, and, like the rest of the world, weathering the pandemic.

On August 4th, a large explosion devastated Beirut’s port, killing at least 200 people and injuring more than 6,000. So much of the city was flattened that 300,000 people were left homeless.

At that moment, Shamseddine was in a neighbourhood about three kilometres from the port. She survived. But her father Kazem, 63, was about a kilometre closer to massive conflagration.

“She ran because there were no ambulances, no streets, no nothing. Everything was in chaos,” described Assi.

She found her father, badly injured, in what was left of his apartment building, and held him as he died.

“She told him to stay awake and she saw [his] last moments.”

After that, leaving Lebanon seemed even more pressing.

In September, the Canadian government created a new immigration program designed to help those affected by the Beirut explosion.

Its goal was to make it easier for immediate family members of Canadian citizens who were affected by the blast to come to Canada through a visitor visa.

While a normal spousal sponsorship program can take up to a year to be processed, this program seemed, to the couple, to be a great fast-track version.

However, Immigration, Refugees and Citizenship Canada, turned down Shamseddine’s file because it said it was not satisfied that she would respect the terms and conditions of a temporary resident.

In a statement, the IRCC also said it was “not satisfied that Ms. Shamseddine had sufficient funds for the visit.”

Shamseddine hopes to be able to teach music, once she is able to move to Canada.

Joseph Daoura says he was surprised to learn that the couple was refused.

The lawyer says the IRCC’s response seems like one designed to refuse a visitor’s visa, not a spousal sponsorship.

“With the instructions we were given in September, to facilitate the treatment of Lebanese applicants, it doesn’t fit,” Daoura said.

Daoura says Shamseddine should qualify because she is married to a Canadian citizen living in Canada. And, she is in the affected area by the explosion of Beirut.

Assi says he’s confused: if someone like his wife is being rejected, he doesn’t understand the point of the program to begin with.

“This program was made to bring people to Canada and reunite them with their family. And that’s why we applied.”

The couple says they haven’t decided whether they’ll appeal the IRCC’s decision, or wait to hear back about the spousal sponshorship program.

In the meantime, Assi says they’re not giving up hope of eventually being reunited .

“This girl means the world to me.”