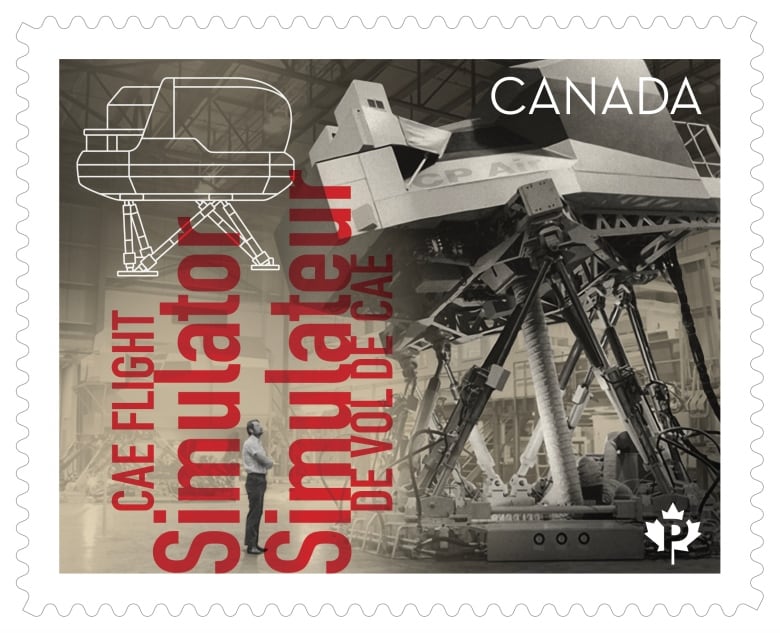 If you’ve flown in a passenger plane, then your pilot was probably trained with a CAE flight simulator, built in Montreal — and now, the 75-year-old company is being recognized for its role in Canadian aviation with a new Canada Post stamp.

“I think there is a lot of pride for us to be featured on this stamp,” said Samantha Golinski, CAE’s vice-president of public affairs. “I feel it really roots us in our Canadian heritage as a Canadian company born right here in Montreal.”

CAE, which stands for Canadian Aviation Electronics, is a Canadian manufacturer of simulation technologies and training services to airlines, aircraft manufacturers, health-care specialists and defence customers. The company was founded in 1947 by former air force officer Ken Patrick. Its beginnings were modest: it started with about 13 employees, Golinski said. Now, it has over 13,000 employees across the world, with some 4,000 based at its headquarters in Montreal.

The company says that in 2018, it had 70 per cent of the worldwide market share of flight simulators, making it a leader in the field.

Pilots from airlines across the world fly to Montreal to train on the machines, which are programmed to look like cockpits of aircraft including the Boeing 737, the Airbus 220 and more.

“The CAE flight simulator was an obvious choice for inclusion in this series, as it revolutionized the way pilots learn to fly,” said Canada Post in a statement.

In the 1980s, CAE developed a flight simulator so realistic that not all flight training had to be completed on actual aircraft.

The Federal Aviation Administration now recognizes an hour in an approved simulator as the equivalent of an hour in the air.

That makes simulation a much more environmentally friendly option for pilot training.

“When the pilot flies a real aircraft for the first time, it’s with passengers in the back,” Golinski said.  “When you train on a simulator versus the real aircraft, you save tons of carbon.”