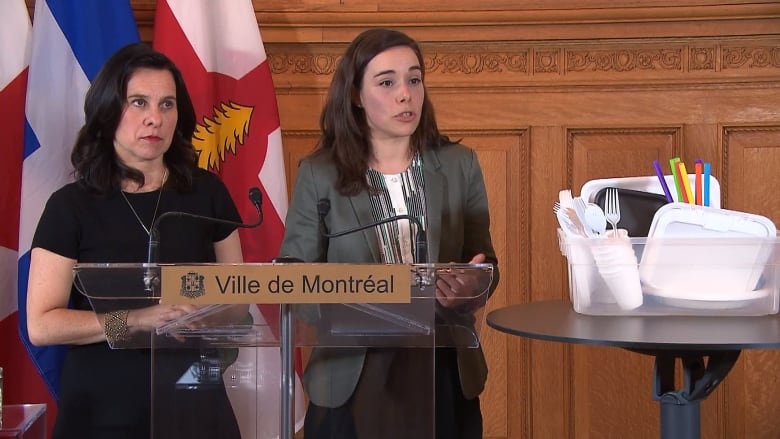 Montreal intends to ban all single-use plastic and styrofoam food packaging, including styrofoam cups and containers, plastic straws and cutlery, and styrofoam meat and fish trays used by grocers.

Mayor Valérie Plante announced the initiative Wednesday, saying the city plans to launch consultations over the next year before passing a bylaw in 2020. The changes will be phased in gradually to give businesses time to adapt, she said.

“It breaks my heart when you walk downtown, and you see that all the garbage [bins] are filled with those single-use plastic containers. We need to do something,” said Plante.

“We feel the population is there; we feel many business owners are ready to make this shift, and we want to support them,” she said. “We’re here to help.” 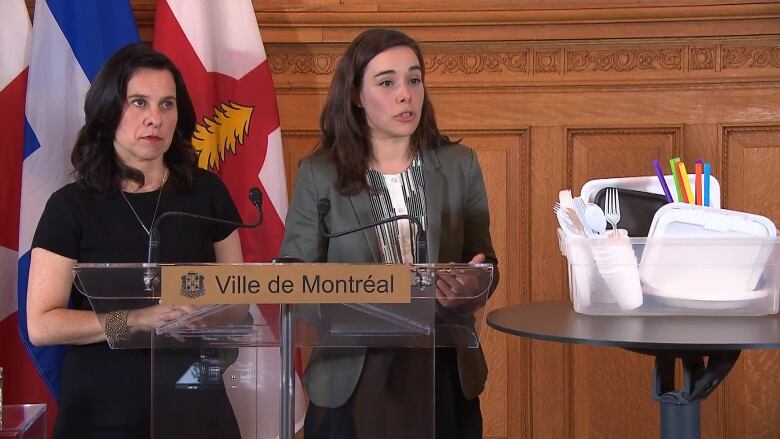 Restaurants open to the idea

The Quebec Restaurants Association, which represents more than 5,000 mostly independent restaurants across the province, said it was open to discussing the idea and will participate in the city’s public consultations.

“The problem can be the cost,” association spokesperson Martin Vézina told CBC. “We see that some environmental alternatives can be costlier than the plastic that we already use.”

“We need to be sure that companies that can provide new alternatives to straws and utensils can provide them at a cost that is competitive with plastics,” Vézina said.

The association preferred the idea of compostable, single-use containers to reuseable, washable containers, he said.

A system of collecting and washing reusable containers could be complicated and hard to implement, said Vézina.