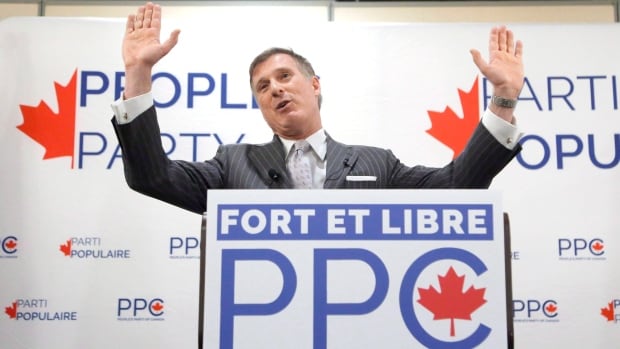 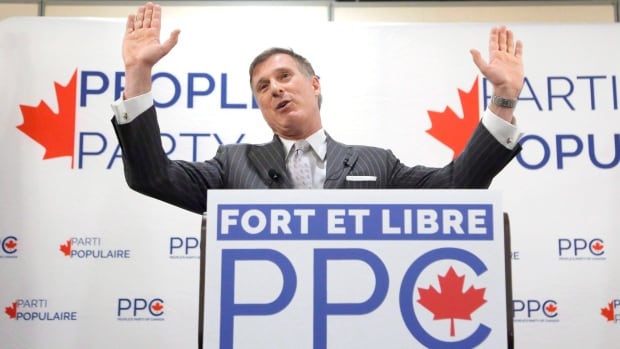 Maxime Bernier launched his People’s Party of Canada just three months ago, and he’s done a lot since then to build a foundation for it — setting up electoral district associations across the country, building a sizeable membership base and holding well-attended rallies.

But despite these signs of early progress, the Quebec MP and former Conservative leadership frontrunner doesn’t seem to be having a serious impact on the national political landscape so far.

In a party newsletter sent out earlier this week, the PPC said it had electoral district associations — the building blocks of every political organization — in 292 of Canada’s 338 ridings. A week before that, the party said it had signed up about 33,000 members. Rallies attended by Bernier have attracted hundreds of supporters and curious fence-sitters.

That’s not a bad place for a new party to start. But the PPC still has a very long way to go.

The CBC’s Poll Tracker, an aggregation of all published opinion polls, pegs PPC support at just 1.8 per cent — not enough to give the PPC a hope of winning a single seat. Bernier might not even be a favourite to win re-election in his own Beauce seat, according to the only public poll conducted in the riding.

There is also no sign that the People’s Party has any regional concentration of support. The PPC is polling marginally better — by about one or two points, depending on the poll — in Atlantic Canada, but that could be due to the popularity of the similarly-named but unaffiliated People’s Alliance, a provincial party in New Brunswick.

The People’s Party, brought to you by Maxime Bernier

Bernier himself recognizes that his party has not caught fire yet. In a recent interview with Radio-Canada, he candidly admitted his party is only polling between one and four per cent and joked that “the future is ahead of us, we can’t be any lower than that. We can only make progress.”

He also argued that he is better known than his own party, and the more the party is associated with him, the better it will do in the polls.

He has a point, actually.

Nanos Research, a pollster which is in the field every week, has found the PPC to have between 0.8 and 1.4 per cent support. But Nanos does not prompt respondents with the names of parties; it asks who they intend to vote for and relies on respondents to know their options.

Two recent surveys by Léger and Mainstreet Research, however, prompted respondents with both party names and the names of the leaders (i.e. “the People’s Party led by Maxime Bernier”). In those two surveys, the PPC registered four per cent support.

It might seem like a marginal difference, but in an election it could have a big impact. With two per cent support nationwide, the PPC would attract an average about 1,000 votes in each riding. That could be a problem for the Conservatives, from whom Bernier is drawing most of his support — but it’s still going to be a manageable one.

At four per cent, however, the PPC would be earning an average of about 2,000 votes per riding. That would increase the pool of vulnerable Conservative seats to eight and limit their chances of gains in 18 Liberal and NDP seats.

In other words, those two extra percentage points nearly triple the number of ridings in which the PPC becomes a significant obstacle to Conservative success. And that’s before anyone takes into account the PPC’s potential concentrations of support in places like Calgary and Quebec City, where the party has more members.

Not yet realizing his potential

Bernier does have some scope to move beyond these low numbers. Nanos suggests that between two and three per cent of Canadians pick Bernier as the best person to be prime minister. Léger and Mainstreet put the number at five to six per cent.

In Quebec, that potential support base doubles to between four and six per cent (according to Nanos) or jumps to between seven and nine per cent (according to Léger and Mainstreet). Those numbers are much more meaningful. Still, Bernier’s chances of becoming prime minister — or even of supplanting the Conservatives as the right-wing alternative — still look infinitesimal at this point.

Bernier could have an impact in other ways that could hinder the Conservatives — by drawing away volunteers and money, for example. He also could be a drag on the Conservatives on the policy front. The Conservatives’ opposition to the United Nations’ Global Compact for Migration — a drum Bernier has been beating loudly — suggests he might be drawing his old party toward some of his own positions and further away from the election-winning mainstream.

But after three months, Bernier’s potential impact on the 2019 federal election remains largely theoretical. He has another 10 months to make that theory a reality.