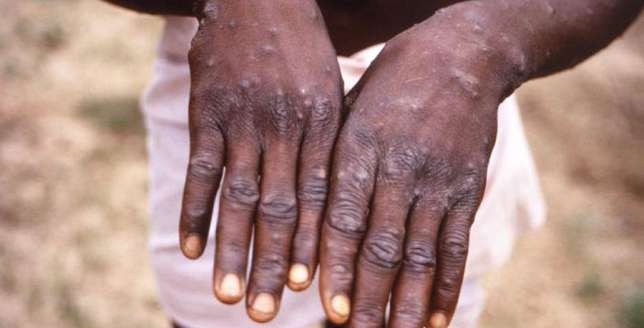 With over 30 suspected cases already recorded across seven states in the country, it’s no longer news that Nigeria might be dealing with a possible monkeypox outbreak.

According to the Nigeria Centre for Disease Control (NCDC), since the virus first broke out in Bayelsa state on September 22, 2017, it has spread to Rivers, Ekiti, Akwa Ibom, Lagos, Ogunand Cross River.

Monkeypox is a viral illness caused by a group of viruses that include chicken pox and small pox, with symptoms like severe headache, fever, back pains among others.

The most worrisome symptom is the presence of rashes, bigger than those caused by chicken pox, usually spreading across the whole body of an infected person.

As the NCDC tries its best to curb the outbreak, here are 5 ways to stay safe from infection:

The disease is primarily transmitted to humans from animals like rodents and primates through contact with the animal’s blood or other bodily fluids, or through a bite or scratch. Monkeys, rats and squirrels are the usual suspects in this category.

Due to this primary mode of transmission, it’s smart to stay away as much as possible from any physical contact with these animals.

It’s also been pointed out that there is little information to suggest other animals, even household pets, are not capable of being carriers of the virus after exposure to it, so it’s advisable to treat every animal with caution.

While monkey meat or rodent meat qualifies as a mouthwatering meal for some, it might be a bad idea to indulge in eating any right now.

However, if you can’t resist the urge and you absolutely have to give in to that craving, ensure that the meat is properly cooked to prevent getting infected from a potentially infected meat.

This is why the NCDC and an epidemiological team were tracking about 49 other uninfected people who had had contact with people already in isolation in Bayelsa.

Monkeypox can spread from human to human by both respiratory (airborne) contact and contact with infected person’s bodily fluids.

Bodily fluids of infected persons such as saliva, tears, urine, and respiratory secretions like coughs and sneezes are dangerous on contact with uninfected people.

The virus can penetrate the body through broken skin or the respiratory tract or the mucous membranes such as eyes, nose, or mouth.

Risk factors for transmission also includes sharing a bed, a room, or using the same utensils as an infected patient.

All you have to do is avoid getting in contact with these when dealing with an infected person.

There’s no known cure for monkeypox yet, but smallpox vaccine has been reported to reduce the risk of infection.

Despite the observation of all safety measures, health workers involved in caring for infected patients are advised to get a smallpox vaccination.

A routine washing of hands with or without contact with infected animals or humans could be the only thing separating you from getting added to the tally of the infected.

A regular washing of the hands with soap and water, or with alcohol-based hand sanitizer is enough to avoid potential infection.

While the NCDC awaits laboratory confirmation of the virus, and with no recorded fatality yet, Nigerians should tread carefully until the crisis is over.