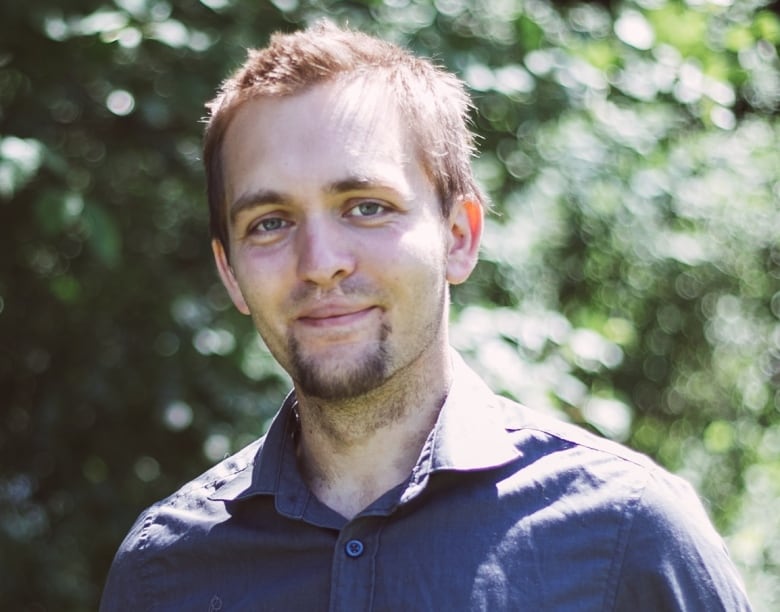 A Barrie, Ont., mother whose son died from consuming tainted drugs says she was disgusted to discover the city’s business leaders are paying $28,000 to a lobbying firm to have a proposed supervised consumption site moved away from the downtown area.

Christine Nayler said her son, Ryan, was actively seeking treatment when he died on Nov. 29, 2020, just days before his 35th birthday.

Ryan was open about the fact he was using crack cocaine to deal with his bipolar disorder, she said, and would have used a supervised consumption site to check the safety of his supply had there been one in Barrie. It could have saved his life, Nayler said.

Instead, a police officer knocked on her door at 4 a.m. to break the news she’d been fearing for years — Ryan had died at his home after using drugs that were likely laced with fentanyl, a powerful opioid. (The family is still waiting for a coroner’s report to confirm exactly what happened.)

“It’s the most devastating feeling,” she said.

“It’s so hard to talk about this and relive it over and over again, but I’m doing it in hopes that we can get supports and so that no other mother, no other family, has to have someone knock on their door.”

The Simcoe-Muskoka District Health Unit’s (SMDHU) most recent data suggests there is a need for a supervised consumption site in the city, located about 100 kilometres north of Toronto. There were 47 suspected overdose deaths in the first nine months of 2020 alone, while the city’s central north area, which includes downtown, has seen overdose rates eight times higher than the rest of Ontario.

Nayler says she’s on a mission to see a site open in Barrie.

But while she has her church outreach community, the BIA has thousands of dollars to spend on a contract for what it calls “communications support” with Sussex Strategy Group, one of the country’s largest lobbying firms.

Individual business owners or business groups opposing social services in their community is nothing new in Canada, but the decision to spend money on an outside company raises questions about who is swaying the debate around a serious public health issue. Nayler says she believes the entire process should be led by health officials, and questions why the BIA has a say in the site selection at all.

“This is not their mandate,” she said.

Message in the meeting footage

In a statement to CBC Toronto, BIA executive director Kelly McKenna said her organization is helping search for the best location for a supervised consumption site in Barrie and isn’t delaying or opposing such a site.

The BIA “understands the impact the opioid crisis is having on our city,” McKenna said.

“We have seen the data and we know our members witness related issues firsthand daily. The opioid issue affects those with addictions as well as our community’s first responders, business owners, and residents.”

However, video from a September 2020 BIA meeting suggests the organization, chaired by former Barrie mayor Rob Hamilton, may be more focused on business issues and the city’s image than health outcomes. There was no discussion, for example, of the potential harm of moving a supervised consumption site further from the core.

At one point, Hamilton cuts off a colleague to say drug users are not “productive, contributing” citizens before urging his colleagues to be forceful in their efforts to move them to a place where “they’re not in your face.”

WATCH | BIA chair’s comments on people who use drugs in Barrie: 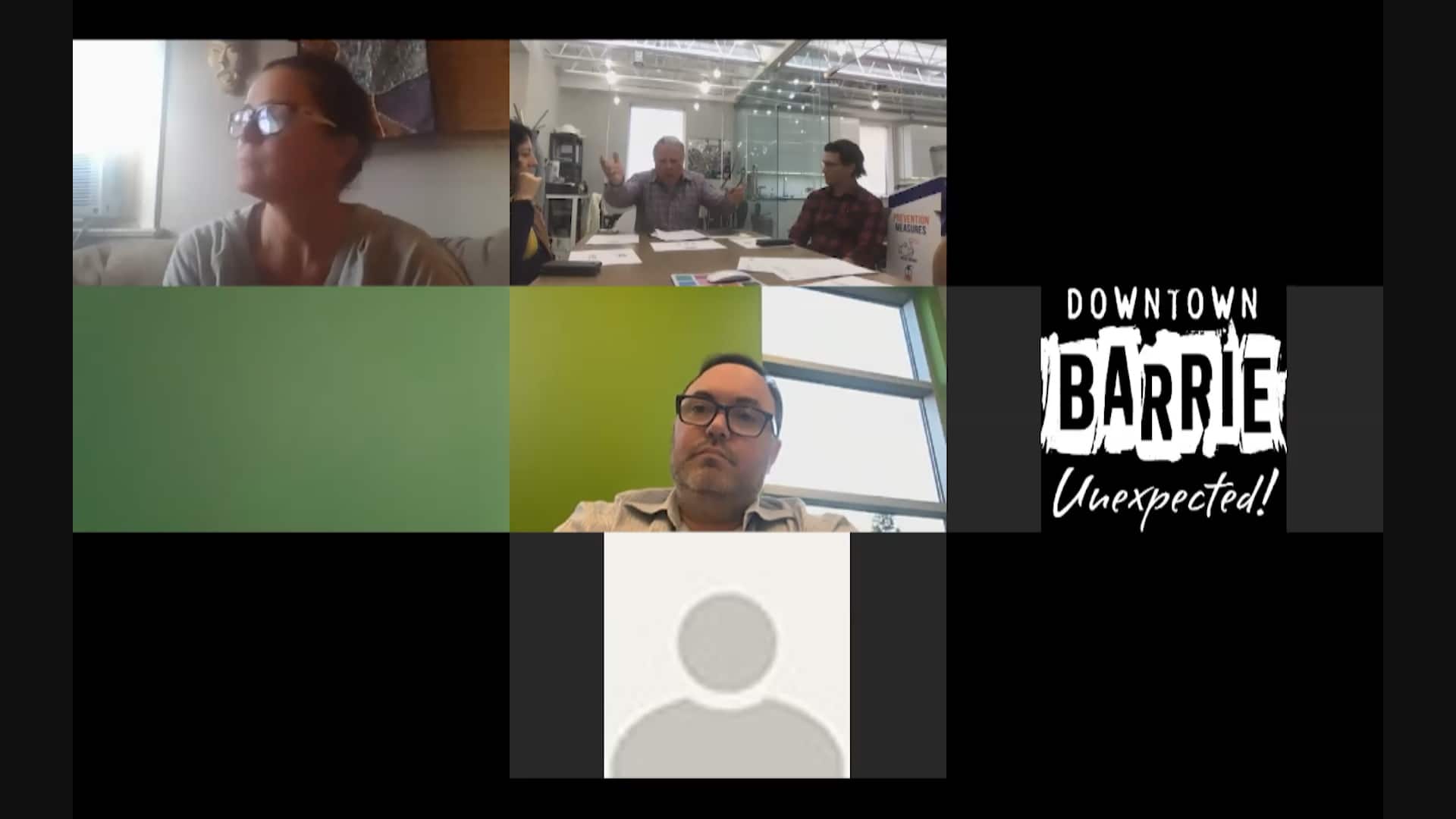 McKenna refused to comment on Hamilton’s remarks and said the chair asked that all communications go through her.

At that meeting, six of the seven BIA members present voted to oppose a supervised consumption site within one kilometre of the downtown area the group represents.

Sarah Tilley, a harm reduction co-ordinator with the Gilbert Centre, a local organization that helps those affected by HIV and the area’s LGBTQ community, says there’s a real downside to views like Hamilton’s.

“When people feel like they’re not citizens or they’re not treated as community, they’re not going to care about their surroundings as much,” she said.

Supporting those people instead, she said, would be the better path to ensuring a safe environment with profitable businesses.

Supervised consumption sites haven’t eliminated all community concerns in cities where they’ve opened, such as Toronto and Vancouver, but public health data suggests they have saved lives. Toronto Public Health data, for example, shows its front-line staff have administered the opioid antidote naloxone more than 800 times since August of 2017.

But even with the sites, the opioid crisis rages on. Toronto paramedics responded to 34 fatal opioid overdose calls in December 2020, marking a grim new record for the city.

Last December, the BIA reached a deal with Sussex after the firm recommended in a proposal it undertake a “concerted effort” to push the SMDHU to a site of the BIA’s choosing.

Sussex’s proposal (initially for $69,500 worth of work) notes the BIA “has been careful in its public positioning not to oppose the idea of safe injection sites” and “by proposing alternative sites within/close to the BIA it can argue credibly that it is willing to “accept” sites within the business area, just not those that are currently proposed.”

That messaging is still happening.

McKenna warned city councillors last week in an email that two downtown locations the SMDHU is considering would have a “negative impact” on the community and the city’s reputation.

“The Downtown Barrie BIA cannot support the two currently proposed locations and believes there are alternative options that can meet the needs of those with addictions and still protect our city’s safe, vibrant downtown core,” McKenna wrote to councillors.

A newly launched part of the BIA’s website allows members of the public to email “key decision-makers” with a form letter that uses nearly the exact same language.

Sussex said in an email it couldn’t discuss specifics of its work with the BIA, but the website uses the same proprietary technology — VOX — that Sussex touts as one of its proprietary tools in its initial proposal to run the aforementioned email form and keep a record of supporters the BIA can contact again in the future.

The company wouldn’t say if it’s been involved in other debates over supervised consumption sites.

The SMDHU, which is leading the search for a site, said it’s aware of the BIA’s work with an outside company, and notes the BIA recently accepted a position on the site selection committee.

Early this year, that committee widened its search for a potential third site, but said it would only look until the end of February.

However, the SMDHU was clear on the need of having a site downtown, where data shows there’s the highest concentration of drug use and overdoses.

“The literature identifies that an SCS is ideally located where open drug use is already occurring,” the health unit said in an email.

It said any site would offer clients a clean and safe place to use drugs under the care of nursing staff and harm reduction workers, while wraparound services would also be available.

However, Barrie city council, which has close ties to the BIA (two councillors are members), has already deferred approval of a supervised consumption site once.

Christine Nayler remains frustrated with the BIA’s involvement and is concerned it will lead to a worse result than if health officials had led the planning.

The BIA, she said, got involved “late in the game, and it’s creating delays that are going to cost people their lives.”

Once the SMDHU finds its next site, city council will have another debate.