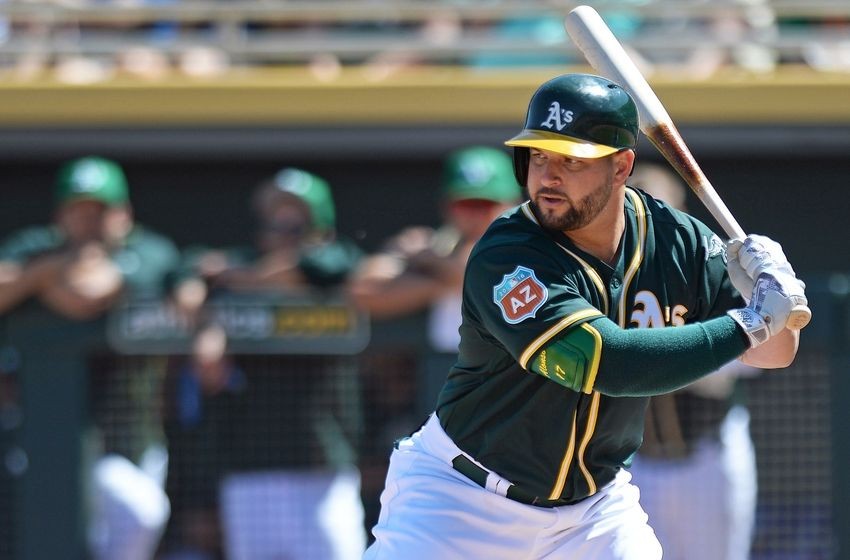 The 2017 MLB All-Star rosters were announced on Sunday, and the last-place Oakland A’s have one representative: first baseman Yonder Alonso. He will serve as a reserve on the bench, behind starter Justin Smoak of the Blue Jays.

Alonso’s selection was expected, as he has been one of Oakland’s best players and was a factor in the fan voting. He’s having a breakout season, with a career-high 17 homers and a 149 wRC+ that ranks 12th among all qualified MLB hitters. He deserved this nod, which he received from the ballots of his fellow players.

As an extra bonus, this year’s game is being played in Miami, where Alonso spent much of his childhood and attended both high school and college.

Although Alonso’s inclusion doesn’t come as a surprise to us now, it sure would have a few months ago. Back in March, many A’s fans questioned the team’s decision to bring the 30-year-old back after a poor 2016, but it turns out Oakland made the right call by retaining him. Smoak is in a similar situation, as years of disappointing performances have given way to a massive breakout this year.

If there’s one bummer here, it’s that Alonso didn’t draw the starting assignment. But Smoak’s numbers are quite similar to Alonso’s, and Smoak has the edge in homers, average, wRC+, and both forms of WAR. There’s not really an argument that Alonso got snubbed, other than how cool it would be for one of the most popular Cuban players in the league to start the game in Miami. Smoak deserves his start.

WAR is averaged between bWAR and fWAR

This is Alonso’s first All-Star bid, in his eighth year in the league. The last A’s 1B to make the squad was Brandon Moss in 2014.

While Alonso is currently the A’s lone representative, the rest of the AL roster isn’t set in stone yet. Oakland doesn’t have anyone on the fans’ Final Vote ballot, but there will still be subsequent injury replacements named over the next week. Two other A’s have good enough numbers to merit a look: dinger monster Khris Davis, and second baseman Jed Lowrie, though neither is a particular snub at this point. The most likely scenario is that Alonso remains the lone rep.