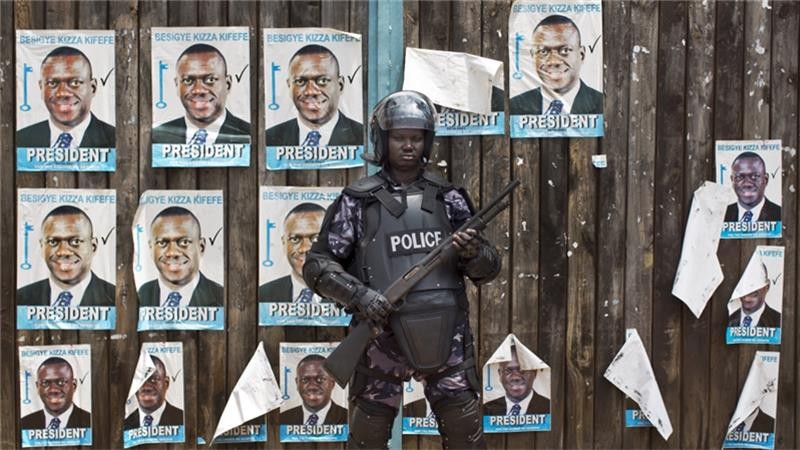 Thinking with You    Niyi Akinnaso

One reason for the misrecognition of these activities as terrorism is the narrow view of terrorism held by the Federal Government, namely, the use of force, violence, or intimidation by non-state actors to achieve political purposes, such as territorial, ethnic, religious or ideological control, especially as such activities affect the ability of state actors to exercise full control. This may well explain why the government has made great efforts to suppress the Boko Haram insurgency, which, at one time, controlled parts of Borno State.

It also also explains why the government rushed to address pipeline vandalism by the Niger Delta Avengers and others. It was necessary to ameliorate its negative effects on the nation’s economy. However, the government has virtually neglected the other three activities, because they are not considered as direct threats to the power structure or to national survival. Yet, as will be demonstrated below, the three activities have had devastating effects on individuals, families, organisations, and even some state institutions, such as secondary schools and universities.

Besides, they all involve violence, heightening fear and submission in the people. Ultimately, they adversely affect the country’s peace index. Thus, while the Nigerian government may be reluctant to label marauding herdsmen, kidnappers, and armed robbers as terrorists, the Institute for Economics and Peace is not. In its 2016 Global Terrorism Index, Nigeria was ranked as the third most terrorised nation in the world, after Iraq and Afghanistan, when four major factors were scored over a ten-year period (2006-2016), namely, (a) total number of terrorist incidents from various sources; (b) total number of fatalities caused by terrorism; (c) total number of injuries caused by terrorism; and (d) approximate level of total property damage from terrorist incidents.

Although, the 2017 GTI has yet to be released, there are indications that Nigeria may not improve significantly on the ranking, going by the 2017 Global Peace Index, released over the weekend. It shows that, despite overall world-wide improvement in peace in the last year, Nigeria still ranks very low on the GPI index, coming directly after seriously terrorised countries, such as Iraq, Afghanistan, and Syria.

Peace has eluded Nigeria, and may continue to do so, owing to the continued terrorist activities by herdsmen, kidnappers, and armed robbers as well as agitations for self-determination by various groups, especially the duo of the Indigenous People of Biafra and the Movement for the Actualisation of the Sovereign State of Biafra, which recently threatened to mobilise the people to boycott the 2019 elections in the South-East zone of the country.

Kidnapping may not have been as destructive as herdsmen’s activities, it is nevertheless a major source of fear, especially for life. Besides collecting huge ransoms, kidnappers have also tortured, maimed, raped, and killed victims. The kidnappers’ victims have cut across the entire social spectrum, from kids to adults; from schoolchildren to university professors; from politicians to political appointees; from religious leaders to traditional rulers; and from Nigerian citizens to expatriates. That’s why it remains unclear who the kidnappers’ next victims would be just as it is uncertain where and when they would strike.

Closely related to kidnapping is armed robbery to which thousands have lost their lives and property. Kidnappers and armed robbers both employ weapons and force in capturing their victims and they are both driven by material gain, usually money. The danger posed to society and victims by armed robbery is, however, much more serious than that of kidnapping, because robbers often kill and destroy during their operations. Homes, offices, highways, schools, banks, churches, mosques, palaces, and other settings have been ready sites for armed robbery.

Not a day passes in Nigeria today that one or the other of these three terrorist activities does not take place. While a single incident here and there may not appear significant, the cumulative effects of the various incidents are devastating. They instill fear and apprehension in the people, while also eroding their confidence in the government’s ability to effectively discharge the constitutional function of securing life and property. They have also damaged the country’s image and reputation in the international community.

While these terrorist activities may not have impeded the government’s ability to function effectively like Boko Haram did, especially in the North-East zone, it is still important for the government to address the state of fear and submission they produce. That’s why the government must make serious effort to consider the various suggestions for curbing them.

One feature that is common to all terrorist groups is the use of weapons to intimidate, kill, or otherwise force victims to submission. Herdsmen, kidnappers, and armed robbers are no exception. That’s why disarming them must be the government’s first line of action, and appropriate sanctions should be imposed on those who fail to disarm. The government’s reluctance to take action on this recommendation opens it up to suspicion. Could the reluctance be due to any or all of ethnic, religious, or political reasons?

Second, the motivation for their activities must be addressed. We know, for example, that herdsmen clash with local farmers in the course of searching for grazing field for their cattle. In the process, the cattle plunder farms and destroy crops. Conflicts between the herdsmen and farmers often result from resistance by the farmers to the plundering of their farms. The solution to this problem in civilised societies is to develop ranches and establish grazing fields within them. In addition, the government could educate and assist the ranchers on fodder production. The attempt by the government to develop grazing routes has been met with stiff resistance in many states, and it should be abandoned for the development of ranches.

On the surface, the motivation for kidnapping and armed robbery is different from the motivation for herdsmen-farmers clashes. However, the indictment of some herdsmen for kidnapping and armed robbery indicates that some herdsmen also engage in the other two terrorist activities. It is, therefore, safe to conclude that the trilogy of illiteracy, poverty, and unemployment is at the root of the three terrorist activities.

These are deficiencies that arose from lack of appropriate educational and economic policies and poor implementation where policies existed. Underlying policy failures is endemic corruption, which has also turned out to be a motivation for crime, including terrorist activities.

Another reason for the endurance of terrorist activities is the failure, and sometimes complicity, of security agents, lawyers, and the judiciary in arresting, indicting, prosecuting, and punishing terrorist crimes as appropriate. The problem really is that security and judicial officials are often caught up in the same web of corruption, which continues to affect the prosecution of electoral malpractices and corruption cases.

What this means is that terrorist activities may endure in Nigeria and ultimately lead to state failure, if they continue to be misrecognised; if the immediate motivation for the activities continues to be ignored; and if the root causes of terrorism in the country are not properly addressed.