Miley Cyrus Singer’s new song reveals intimate details about her last relationship before Liam She was rumored to be dating Stella Maxwell. 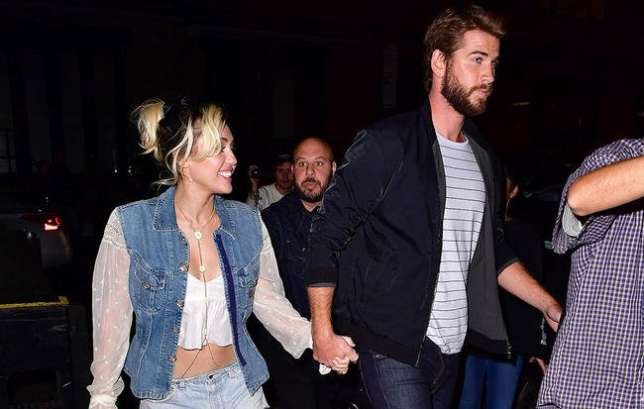 Miley Cyrus finally unveiled her new album, Younger Now, on Thursday night. As promised, there are several songs about Liam Hemsworth, including “Malibu.” But there’s one song in particular that appears to be about another love interest.

“She’s Not Him,” which is featured near the end of the album, seems to be about Miley’s relationship with model Stella Maxwell, who was the last person she dated before getting back together with Liam. (Miley was pictured kissing Stella back in July 2015, reports E! News, although she never publicly confirmed that they had a relationship.)

Miley, who wrote the song alone, seems to reveal that she liked being with Stella (or some other woman) but was still in love with Liam. We’re just going to let Miley take it from here with her lyrics, per AZLyrics.com:

I want to start by saying thank you
I’m gonna miss you, honey
You gave me things, you can’t buy back with money
You changed my life
You’ve been my world
There’s no other girl that looks like you, darling
Those eyes, that tongue, those teeth, that face, that body
Even though we’ve gone to outer space
Still no way you can take his place

She also writes at one point “I wanna love you, baby / I’m sorry.” She even implies that their relationship was tough on Stella. “You don’t deserve all the bullshit I’ve put you through / You, you deserve a heart much bigger than one that’s torn in two.”

Miley told SiriusXM Music in May that it was good that she and Liam spent three years apart. “I think, know, that everything is happening for the right reason, and I knew that when we weren’t together for the first time,” she said when asked about the advice she would give herself when the couple broke up. “I didn’t know if that was the end of it or if we’d be back together again, but knew that wherever I was going, I was on the right path.”

Miley and Liam are re-engaged and seem to be in a really great place now—and Younger Now is a really cool look at her love life’s journey to this point.