Measles cases climb to 880 in US, with most new cases in New York 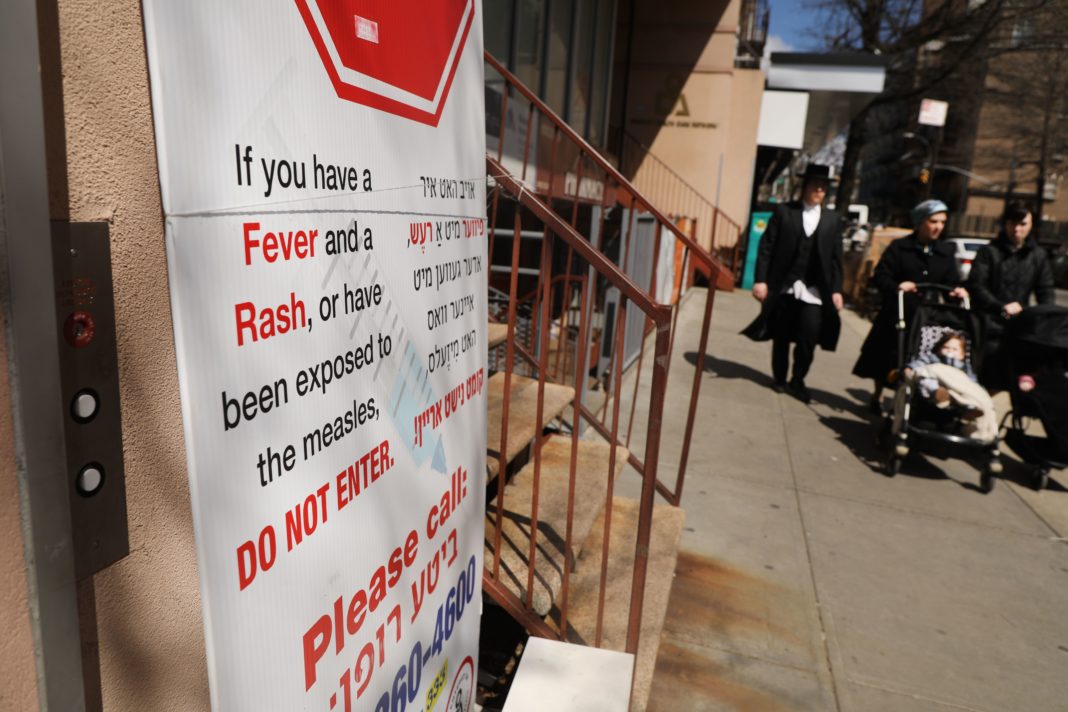 A sign warns people of measles in the ultra-Orthodox Jewish community in Williamsburg on April 10, 2019 in New York City.

Health officials confirmed another 41 measles cases last week, the Centers for Disease Control and Prevention said Monday, bringing the total to 880 for 2019, already the worst year for the disease since 1994.

The CDC said it has now confirmed measles in 24 states this year. While the total number continued to rise, the pace appears to be slowing down — although the agency will need to see if the trend continues before it can officially say the spread is slowing, a spokesman said.

Health officials blame the recent surge of cases — after saying in 2000 that the disease had been eliminated from the U.S. — to an increasing number of parents who refuse to vaccinate their children.

Measles is highly contagious yet preventable with a vaccine for measles, mumps and rubella. More parents are refusing to vaccinate their children, sometimes based on false information that vaccines cause autism.

Measles starts with a fever, runny nose, cough, red eyes and sore throat. It then causes a rash. Some people develop severe complications, such as pneumonia or brain swelling. Children younger than 5 and adults older than 20 are more likely to experience complications, the CDC says.