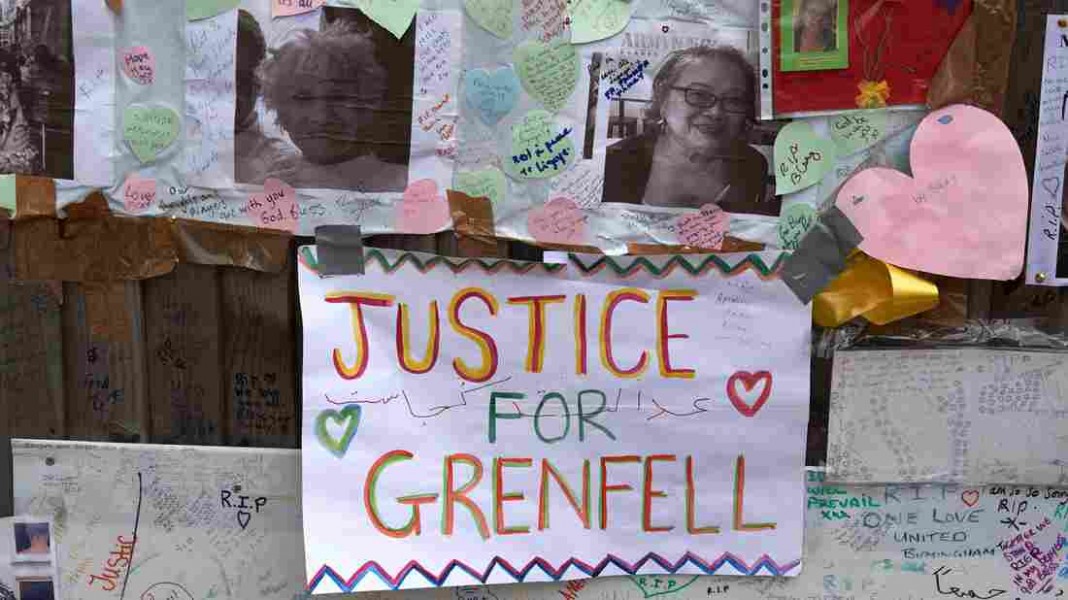 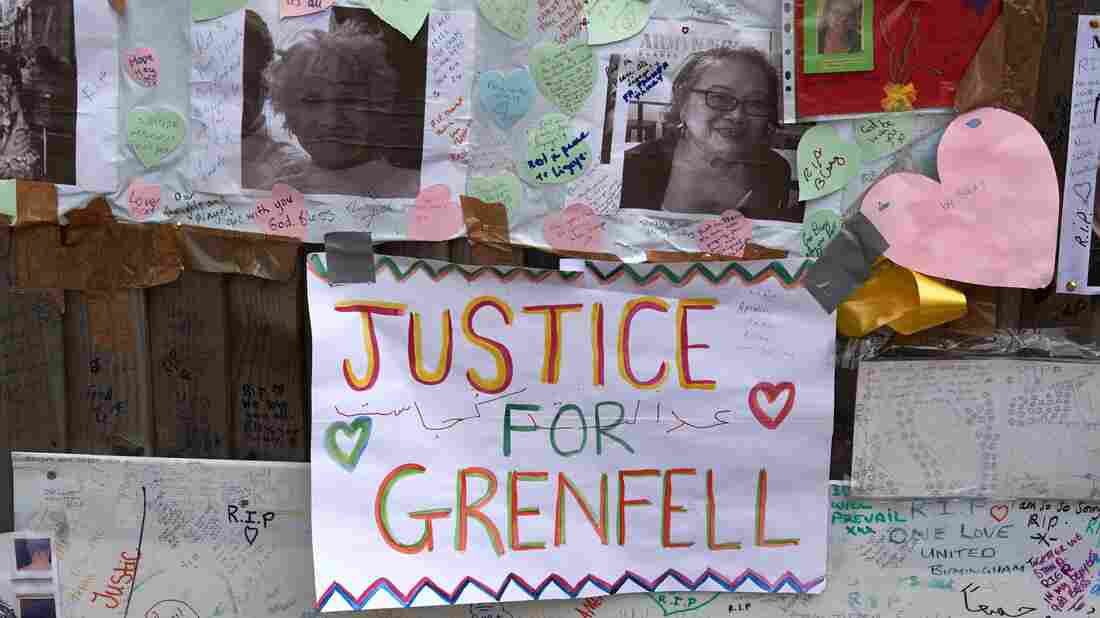 Tributes to victims of the Grenfell Tower block fire are seen near the building in North Kensington, west London, Friday. Combustible cladding has been found in “a number” of similar tower blocks in Britain, Prime Minister Theresa May said. Niklas Halle’n/AFP/Getty Images hide caption

Tributes to victims of the Grenfell Tower block fire are seen near the building in North Kensington, west London, Friday. Combustible cladding has been found in “a number” of similar tower blocks in Britain, Prime Minister Theresa May said.

“We now have expert evidence that the fire was not started deliberately – the fire started in a fridge freezer – the make and model is a Hotpoint FF175BP,” Detective Superintendent Fiona McCormack said Friday. She added that the refrigerator, which has a freezer on the bottom and refrigerator on top, has not been the subject of a recall.

Further tests are being done on the refrigerator, she said, with the assistance of the manufacturer.

At least 79 people either died or are presumed dead in the blaze, and McCormack said she expects the number could rise further. The forensic and recovery work, she said, could continue into 2018.

Police are considering manslaughter charges in the case, McCormack said, along with other “criminal offences and breaches of legislation and regulations,” as they investigate the fire.

While the new information provides details about the fire’s source, McCormack said the investigation is working to determine why the blaze spread so quickly, and with such tragic effects. Early tests of materials used on the building’s exterior returned alarming results, she said.

As questions about the cladding’s safety have gained prominence, inspectors are evaluating other buildings in Britain that used the same materials. On Thursday, Prime Minister Theresa May said the government can test more than 100 buildings a day, and that some tests of cladding on similar large residential buildings have found them to be combustible.

“10 Downing Street has already identified 11 tower blocks in England with cladding similar to the kind that seemed to fuel the rapid spread of the fire in Grenfell Tower,” as NPR’s Frank Langfitt reports from London.

Any safety findings in the Grenfell investigation are being quickly shared with regulators and civic authorities, McCormack said.

Hundreds of people are working on the complex investigation; while a full visual search was completed last week, McCormack said a “full fingertip search” and other painstaking methods will also be required.

As of Friday, nine victims have been formally identified. To help the recovery effort, police will install an elevator on Grenfell Tower’s exterior next week. But, McCormack said, “Next week we will be installing a lift to the outside of the building to assist the recovery process.”

In addition to physical forensic evidence, the investigation also includes surveillance camera footage and more than 70 photos and videos.

“We have also listened to over 600 emergency 999 calls made to the fire brigade, ambulance service and police to understand the events of that night,” McCormack said. “Some of those calls are over an hour long and each call tells its own distressing story.”

The detective superintendent also said she’s worried that the authorities might not have a true sense of how many people were in the building, in part because people who lived there or knew someone who did might be fearful of having their immigration status reviewed.

“We want to identify all those who died as result of the fire at Grenfell Tower and that is where I need the public’s help,” she added. “I do not want there to be any hidden victims of this tragedy.”