Market whiplash over Trump trade policy: ‘They’re making this up as they go along’ 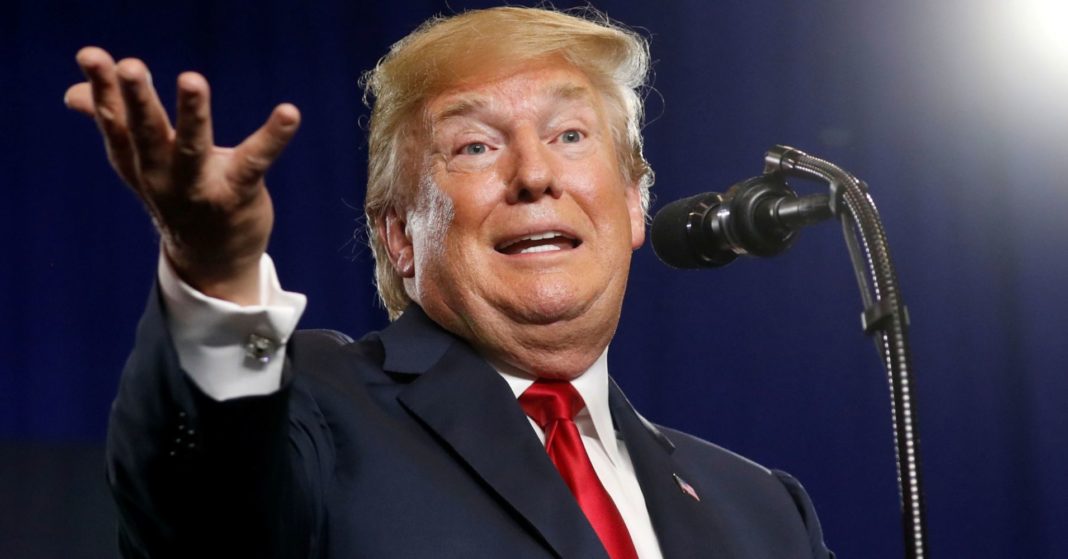 They may have to start passing out neck braces on trading floors if the White House’s contradictions on trade policies continue much longer.

Investors are getting whiplash from watching the back-and-forth happening among Trump administration officials who can’t seem to agree on a trade policy. Monday’s action featured a series of mixed messages about President Donald Trump’s latest trade-related threat, resulting in volatile market action and confusion and frustration in the financial markets.

“I don’t think the people in the White House have an ideal path for the way this is going to go. They’re trying lots of different things,” said Rob Lutts, chief investment officer and president at Cabot Money Management. “I actually believe they’re making this up as they go along.”

Monday’s end result was a 328-point drop for the Dow industrials, which had lost nearly 500 points earlier in the session but recovered somewhat on remarks from Peter Navarro, one of President Donald Trump’s chief economic advisors, who tried to tamp down market fear during a CNBC appearance.

The Navarro interview came during a tumultuous day that started with news reports stating that the administration would block companies with 25 percent or more Chinese ownership from buying certain U.S. tech-related companies. Treasury Secretary Steven Mnuchin followed up with a tweet indicating that the measure would apply to all countries, before Navarro made his comments.

But that wasn’t the end of it: White House press secretary Sarah Sanders then said during her daily briefing that the administration was preparing a list to be released soon targeting “all countries that are trying to steal our technology.”

When Tuesday came along, investors watched Trump jump into yet another feud, this time with Harley-Davidson after the iconic motorcycle manufacturer said in a regulatory filing that it was moving some production overseas to mitigate the costs of European Union retaliatory tariffs against U.S. products.

Lutts said he has faith the trade negotiations and war of nerves will yield positive results.

“The market may get used to the process. This is not going to be solved by summer or fall,” Lutts said. “After a while the market will accept that we’re not going to injure the economy, we’re actually going to build stronger trade relationships over time.”

Between here and there, however, investors may at least need some antacids.

A good part of the message issue is that the trade policy is being crafted by warring White House factions. Navarro and Mnuchin are “two mortal enemies who are confusing the markets,” said Greg Valliere, chief global strategist for Horizon Investments and an expert on the business side of politics.

The Monday back-and-forth was “cringe-inducing,” Valliere added in his morning note Tuesday. “More tariffs are coming, and Trump officials aren’t on the same page.”

That adds another layer of uncertainty to a market that has looked for direction for most of 2018 and has had to cope with several strong bouts of volatility. Major averages remain largely positive, but multiple investor surveys have indicated that a potential trade war tops the list of market fears. The S&P 500, Dow and Nasdaq all are down more than 1 percent over the past week as the trade rhetoric has heated up again.

The issue comes amid soaring corporate earnings, expectations for above-trend economic growth and a general air of optimism from the tax cuts that Congress passed in December. Conversely, a market that already has priced in much of that good news finds itself vulnerable to headline risk and events that could derail all that momentum.

“There’s not a lot of good that comes from a trade war,” said Michael Yoshikami, CEO and founder at Destination Wealth Management. “As with any policy, if there’s uncertainty, I think the market tends to assume the worst, and that’s what’s happening now.”

Yoshikami figures the Federal Reserve is watching the situation closely and could respond policy-wise if tension continues to ratchet up.

Central bank officials have been indicating a strong possibility for two more interest rate increases before the end of the year — on top of the two quarter-point moves already implemented — but the fed funds futures market has been unconvinced, pricing in less than a 50 percent chance of a fourth move in December. Should the trade issues hammer the markets or put a dent in economic growth, the Fed could turn dovish.

“They’re not going to stand by and let economic growth be impacted by trade policy and not have it impact monetary policy,” Yoshikami said. “The Federal Reserve knows what happens with trade wars. They have a chilling effect on economic growth. It’s really that simple.”