Margaret McPoyle from Always Sunny is gorgeous in real life 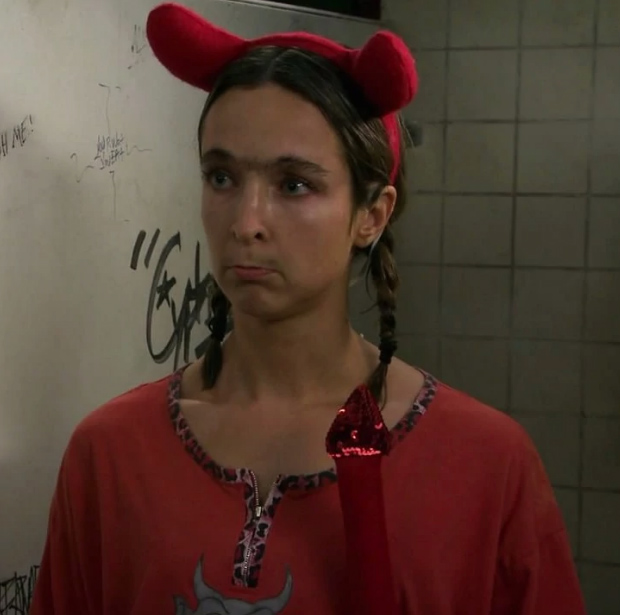 Actors, beware: Following your Hollywood dreams could lure you into a seedy, unibrowed underworld where nothing is as it seems. In a 2012 interview with the Mr. Media podcast, Surface revealed that she was “literally fresh off the bus” to Los Angeles when she landed the plum role of Margaret McPoyle. She first learned of the acting gig through word of mouth, tipped off by “a friend from university” who was interning for director Daniel Attias. (Since 2005, Attias has directed well over a dozen Always Sunny episodes.)

As she told TheTVJunkieDotNet in 2010, Surface’s friend shared a few important details over the phone: “They’re looking for this really tiny role,” he said, “and it’s like this really sleazy character.” Once she caught wind of that fact, Surface thought: “Oh, okay, I’m never going to get this because, you know, I’m too attractive.” Her reason for pursuing the part? A fresh-faced newbie to the Hollywood scene, she told the Mr. Media podcast that she “just wanted to be on TV.”

She evidently didn’t realize what she’d signed up for. She certainly “didn’t know [Margaret] was going to be that ugly,” she told TheTVJunkieDotNet. Nevertheless, “two days” after auditioning and landing the role, Surface was sitting on the Always Sunny set “getting all her ugly makeup on.” She had officially arrived… or had she?