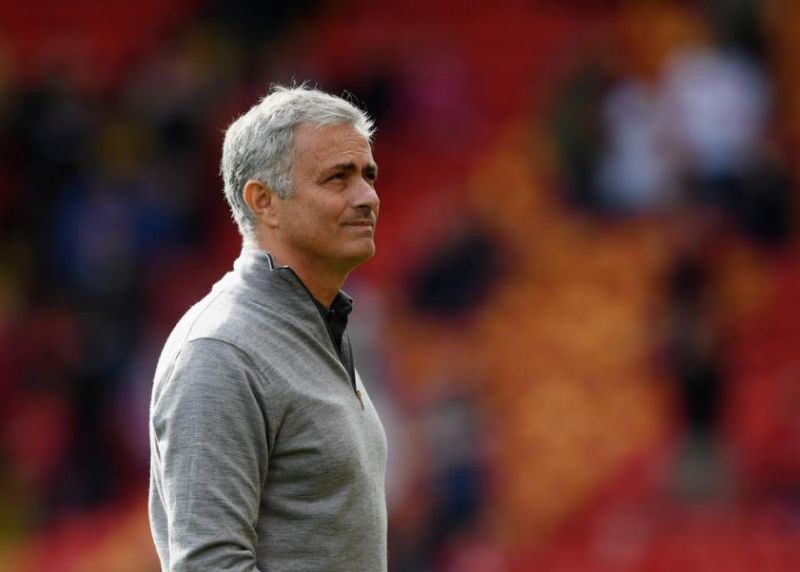 There is, many believe, a cycle to Jose Mourinho’s work that tends to evolve across three seasons. Three different stages of a process that has been repeated again and again at the clubs he has managed across Europe.

It usually involves a high peak and a very, very low trough. In year one, Mourinhobegins constructing a team he believes can provide all the qualities he wants, to be resolute and meet his demands. “Mourinho warriors,” they tend to be known as. The following year, this building work tends to come to fruition: Mourinhowins league titles, domestic cups, European trophies. And then, invariably, it goes sour.

With Chelsea on two separate occasions, and with Real Madrid, the self-proclaimed ‘Special One’ has left acrimoniously. Even though his time at Inter Milan, from 2008 through 2010, saw him win the treble, the high of his career, there was still a tension between Mourinho and Italian football as a whole.

In his first stint at Stamford Bridge, he was sacked after three years. Mourinho was only in Milan for two years before heading to Real Madrid, where he left by “mutual consent” after three seasons. So when Manchester United announced the appointment of Mourinho in the summer of 2016, the cycle was expected to reset.

Mourinho began building his team, he added the likes of Eric Bailly and Paul Pogba, Zlatan Ibrahimovic and Henrikh Mkhitaryan. Although turbulent, the first season ended better than even Mourinho possibly even expected: three trophies, albeit not major silverware, and a return to the Champions League.

And so here, in his second year at Old Trafford, Mourinho’s team is riding high in the Premier League table and looks set for the knockout stages of the Champions League. But there is suggestion that he may already be considering his exit.

On Sunday, when questioned by French television channel TF1, Mourinho said: “The only thing I can say is that I am still a coach with worries, with ambitions and with the desire to do new things.

“I’m sure I will not finish my career here (at Manchester United).”

Mourinho, as a multilinguist who began his career at Barcelona as a translator to then manager Sir Bobby Robson, conducted the whole interview in French. He went on to speak highly of Paris, the city that has Paris Saint-Germain, a team that has just spent £199 million on Neymar and will complete a deal for Kylian Mbappe next summer for £161 million.

“My son who lives in London went to Paris to see a PSG match and he did not go to Manchester,’ Mourinho added. ‘Why Paris? Because there’s something special. Magic, quality, youth, it’s fantastic.”

There may, however, be an ulterior motive. According to a report in the Daily Record, written by Duncan Castles, a journalist known to be close to Mourinho, the Portuguese is said to be frustrated that United is yet to discuss an extension of his contract. Mourinho is said to feel “let down” by executive vice chairman Ed Woodward.

So with his team challenging for the Premier League title, it is now up to Manchester United to respond to Mourinho’s demands. His current contract runs until the end of next season, which would be a three-year term. Can United break the Mourinho cycle?