Man Utd: Paul Pogba should not have engaged with fans – Shearer 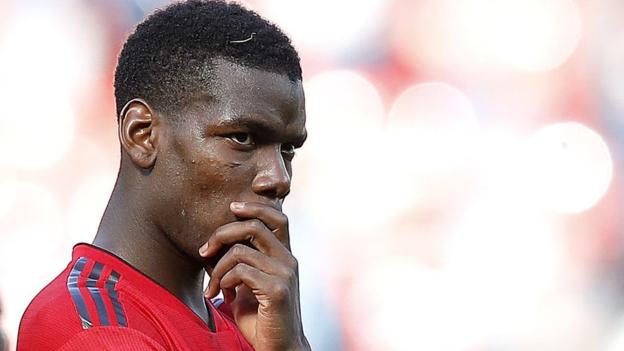 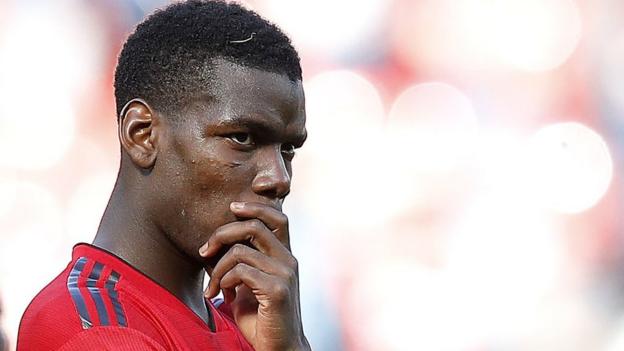 The French World Cup winner, 26, was applauding home fans when he was criticised by a supporter.

United finished the season in sixth, 32 points behind champions Manchester City and five points off the top four.

“After the season he’s had, just go in,” said Shearer. “You cannot argue.”

Pogba was United’s top scorer this season with 16 goals and also registered 11 assists, but he failed to track back for one of Cardiff’s goals on Sunday.

He has scored just twice – two penalties in a 2-1 win against West Ham in April – in United’s past 15 games and his performances in recent months have been widely criticised.

Since beating Paris St-Germain 3-1 on 6 March, United have won just twice in 12 matches.

Against Cardiff, Pogba failed to track Josh Murphy, who ran onto a throw-in and then squared for Nathaniel Mendez-Laing’s second goal of the match.

Speaking on Match of the Day about Pogba’s lapse, Shearer said: “This is the problem at Old Trafford, it epitomises everything that is wrong with this football club and football team.”