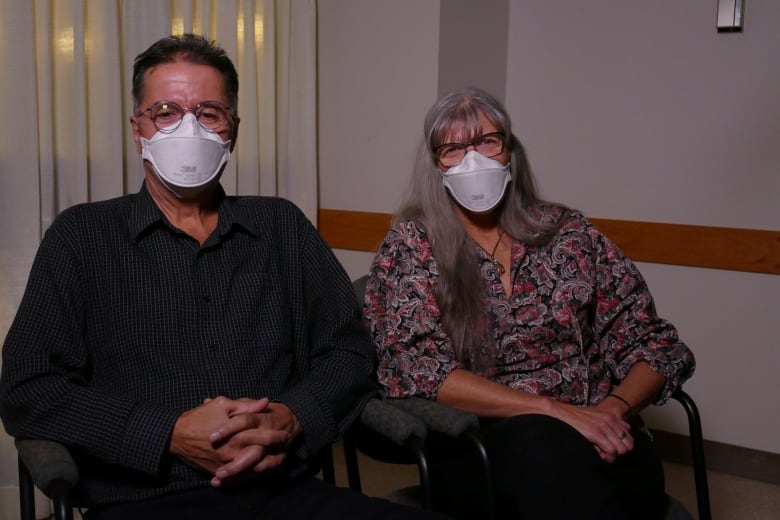 A Winnipeg man with a newly repaired heart is encouraged the province may send some patients out of province for elective surgeries amid staggering Manitoba backlogs.

He just hopes those people won’t be out of pocket thousands of dollars as he is.

The province covered surgical costs, but retirees Jacques Dupont, 62, and his wife Paulette Carriere-Dupont, 64, were left with about $5,500 in travel and accommodation expenses after the province arranged for him to have elective heart surgery done in Ontario this fall.

“They should be paying for it,” Dupont said. “I knew if I waited maybe I wouldn’t make it. It’s almost like a ticking time bomb.”

On Wednesday, some long-awaited details were released by a task force charged with chipping away at an estimated backlog of 156,000 surgeries, procedures and diagnostic tests.

Health Minister Audrey Gordon said the team will explore options that could see Manitoba send more patients elsewhere for care. It isn’t clear yet when that could begin or whether Manitoba will cover some or all expenses.

The Duponts are concerned that could mean patients are left with some of the tab as they were.

After an echocardiogram in August, Dupont learned he would need surgery. His cardiac physician asked whether he was willing to go to the University of Ottawa Cardiac Institute amid long wait times in Manitoba, Dupont said.

Days before leaving, they got a call from their doctor telling them the province would cover the surgery, but not travel and accommodation.

“I said, ‘You know what? I am going.’ Because I was so stressed out … the waiting, the waiting.”

The couple arrived in Ottawa on Oct. 31. The plan was to get a less-invasive mitral valve repair surgery.

A provincial spokesperson said Manitoba covers travel and surgical costs for procedures that aren’t done here if a specialist recommends sending a patient out-of-province. The surgery Dupont received is performed on a limited basis at St. Boniface Hospital in Winnipeg, Shared Health confirms.

Once surgeons at the Ottawa Cardiac Institute took a closer look, they realized Dupont needed open heart surgery after all.

The procedure was a success. The couple returned to Winnipeg late last month after spending about three weeks in Ottawa.

Dupont feels lucky. He also worries for thousands of Manitobans on waiting lists with no end in sight.

“I really feel for them because it’s not fair,” he said. “That’s life and death here, and we shouldn’t be playing around with stuff like that … because we’re trying to save money.”

A provincial spokesperson said Manitoba covers travel costs of companions, but not others, when a specialist deems it necessary for a person to accompany a patient.

The Canadian Medical Association commissioned a recent report that found surgical backlogs are a significant Canada-wide issue exacerbated by the pandemic.

“Any province that’s hopeful that another province is going to step in and help them clear their backlog in a meaningful way likely needs to reconsider … especially when you’re considering over 100,000 patients waiting,” said Dr. Katharine Smart, president of the CMA.

The same goes for sending patients to the U.S. — that’s also not a long-term solution and the costs would be astronomical, Smart says.

Dupont’s case underscores problems across “our perceived universal health-care system when the actual cost of care are downloaded onto the patient,” Smart said.

It all points to a broader existing issue of governments not investing enough in their health-care systems and workers, she said.

“In Canada, we actually have patients paying for a much more significant percentage of their health-care costs than in other similar countries,” she said. “Much of the care people need is in fact not universal.”

‘It does seem unfair’

As someone who studies wait times, access to surgery and surgical outcomes, Jason Sutherland said he’s glad Manitoba has made it a “political imperative” by forming a task force.

He doesn’t think patients should have to pay out of pocket for travel, accommodations and associated costs as Dupont did.

“Why would the government not pay for medically necessary care if it’s not available in Manitoba, or if it is and it’s too long of a wait or maybe creates undue risks to the patient’s medical status?” said Sutherland, a professor in the Centre for Health Services and Policy Research at the University of British Columbia’s faculty of medicine.

“It does seem unfair.”

Dupont-Carriere says the costs they incurred are worrisome.

“Some people I can just see where they would have to cancel because they can’t afford it and that’s absolutely horrific,” she said. “The province is serious about mental health? Well then step up, find the money and don’t cancel.”

She hopes Manitoba sets firm targets for eliminating the overall backlog and specific targets for sending patients out of province.

“Without timelines it’s just another promise,”  she said.

This story was possible in part thanks to Manitobans who filled out CBC’s survey on the pronounced effect COVID-19 is having on Manitoba’s health-care system. In it, we asked health-care workers, patients and their loved ones to send us their top concerns and questions about care during the pandemic.