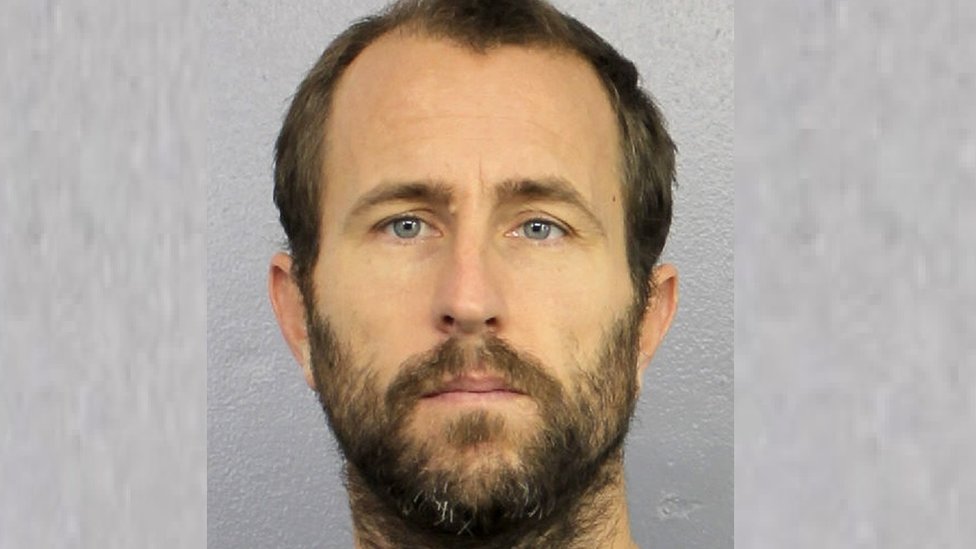 A British man murdered his wife and sank their catamaran off the coast of Cuba to end his “marital strife” and inherit her estate, US prosecutors say.

Lewis Bennett, from Poole in Dorset, was rescued in May last year after sending an SOS message saying 41-year-old Isabella Hellmann was missing.

He was arrested on suspicion of murder in February after being given a jail sentence for smuggling stolen coins.

Bennett is due to stand trial for second-degree murder in December.

The FBI has accused Bennett of deliberately scuttling the 37ft (11m) vessel as the newlyweds sailed towards their US home.

Court papers released after Bennett was charged say the family of Ms Hellmann – the mother of Bennett’s daughter – put listening devices in her condo in Delray Beach, Florida, to record conversations.

The family said they did this because they had become suspicious of Bennett.

Prosecutor Benjamin Greenberg asked a Florida judge to admit into evidence conversations with loved ones in which Ms Hellmann is said to have discussed arguments about their finances and parenting.

Mr Greenberg wrote: “Hellmann’s murder would remove the marital strife from the defendant’s life, allow the defendant to live his life as he pleased, and would enable him to inherit money from Hellmann’s estate.”

He said there was “strong circumstantial proof” of a motive for murder.

Prosecutors also alleged Ms Hellmann may have found out he had stolen gold and silver coins from his former employer in St Maarten, which could have made her an accomplice in the smuggling crime.

Mr Greenberg wrote that this “potentially led to an intense argument resulting in Hellmann’s murder”.

Bennett is currently serving a seven-month jail sentence after pleading guilty to transporting the coins worth $38,480 (£29,450).

Ms Hellmann’s body has yet to be found.