Man charged in connection with N.B. shooting, 3 others in custody 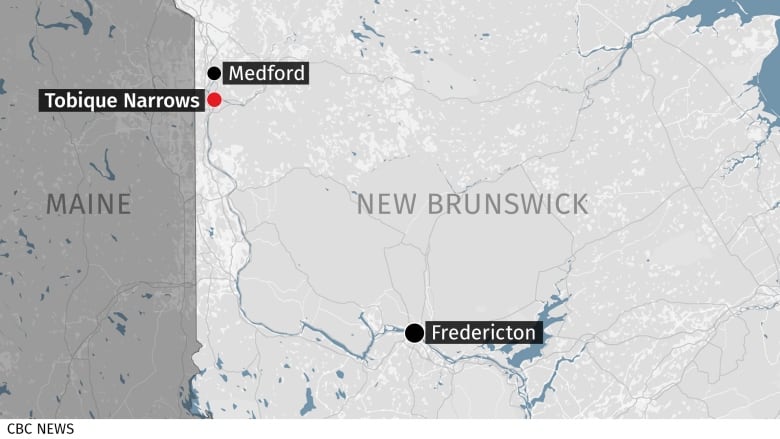 The RCMP have arrested both suspects involved in a shooting near Tobique Narrows, N.B., after nearly two days of searching for the man believed to have fired shots.

The 25-year-old man who the RCMP allege fired a firearm Friday night and shot at police later in the night was arrested Sunday without incident.

Fredericton Police tweeted Sunday evening that it arrested three individuals with the assistance of New Brunswick RCMP, including the suspect that prompted an Alert Ready notification Friday.

It’s unclear whether all three people arrested were involved in the shooting near Tobique Narrows.

A 21-year-old was taken into custody Saturday.

“Through information gathered during the course of the investigation, police now believe there were two people in the vehicle when the firearm was discharged at police,” New Brunswick RCMP said in a news release Sunday.

A short time ago, Fredericton Police officers with assistance from members of the <a href=”https://twitter.com/RCMPNB?ref_src=twsrc%5Etfw”>@RCMPNB</a>, arrested three individuals in connection with ongoing RCMP investigations. <br><br>One of the individuals was at the centre of an extensive police search that involved an Alert Ready notification

RCMP said Sunday morning it was ramping up patrols in the area of Tobique Narrows, Plaster Rock and Perth-Andover to find the second suspect.

The suspect was considered armed and dangerous.

RCMP say officers responded to a complaint of a man who pointed and fired a firearm in Medford, N.B., around 7:20 p.m. local time Friday.

The man fled in a vehicle and headed south.

Around 8:05 p.m., police attempted to stop the suspect on Route 105 in Tobique Narrows, which is about 10 kilometres south of Medford. RCMP say the suspect fired at police, and the police vehicle was hit, but no one was injured.