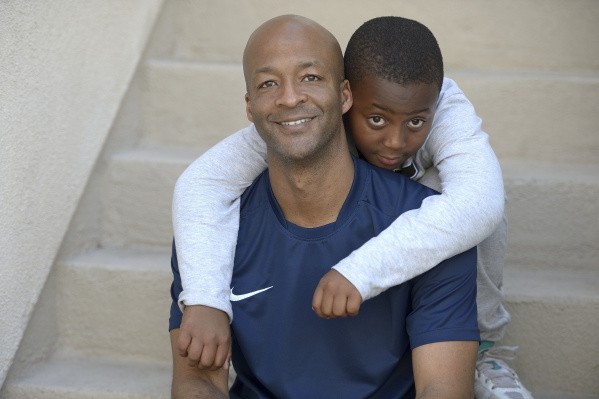 A 32-year-old electrician, Opeoluwa Olorunjuedalo, who allegedly beat his wife for refusing to hand over his son to him, was on Wednesday brought before an Ikeja Magistrates’ Court.

Olorunjuedalo, who resides in Akute, a border community between Lagos and Ogun, is facing a two-count charge of breach of peace and assault.

The Police Prosecutor, Sgt. Yomi Egunjobi told the court that the accused committed the offences sometime in November 2015 at Liasu Street, Akute.

Egunjobi said the accused, who had abandoned the complainant for another woman, stormed her house and beat her silly when she refused to give him his son.

“The accused left the complainant last August and he came back in November to take his five-year-old son.

“The complainant prevented him from taking their son away and the accused beat her and forcefully took away the boy.”

The offences contravened Sections 168 and 173 of the Criminal Law of Lagos State, 2015 (Revised). Section 173 prescribes a three-year jail term for offenders.

The accused pleaded not guilty to the charge.

The Magistrate, Mrs O.I. Raji, granted him bail in the sum of N20, 000 with two sureties in like sum and adjourned the case until June 23 for mention.