Luis Enrique signs off with Copa 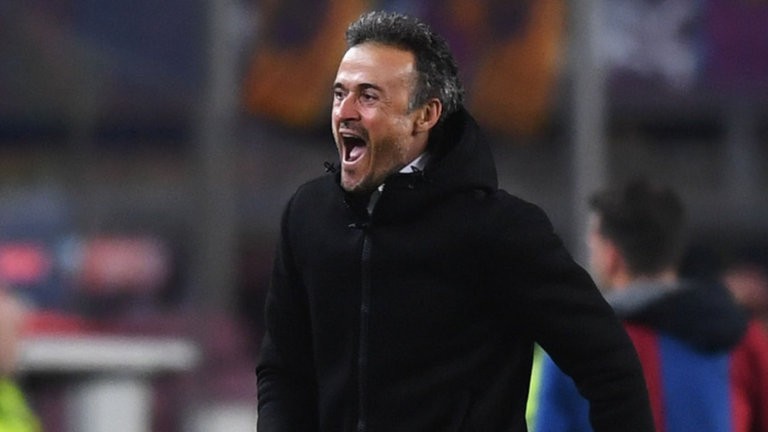 Highlights of the Copa del Rey final between Barcelona and Alaves.

Luis Enrique ended his tenure as Barcelona manager in style with a 3-1 Copa del Rey final victory over Alaves at the Vicente Calderon on Saturday.

Lionel Messi opened the scoring with a sumptuous finish on the half hour, only to be usurped by Theo Hernandez, whose exquisite free-kick hauled Alaves level three minutes later.

But two quick-fire goals on the stroke of half-time from Neymar, in contentious circumstances, and Paco Alcacer turned the game firmly in Barcelona’s favour.

And the Catalans saw out the game – the last at Atletico Madrid’s iconic home – ending a testing campaign with silverware as Luis Enrique brought the curtain down on his spell at the club with his ninth major honour.

Messi took a starring role from the first whistle and so nearly set up Jordi Alba for the opener on seven minutes, but the left-back could only head the Argentine’s incisive pass wide. 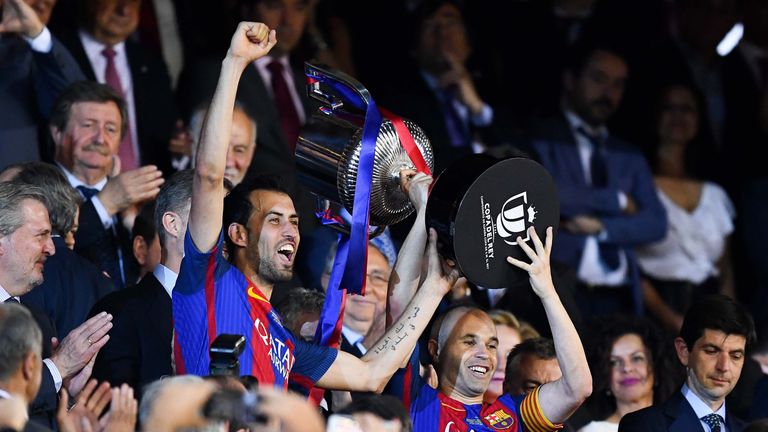 Alaves were not overawed though and came within inches of breaking the deadlock on 26 minutes when Ibai Gomez’s near-post effort struck the woodwork and cannoned off Jasper Cillessen before trickling across the face of goal.

Pacheco’s defences were soon breached though, as Messi played a one-two with Neymar and ruthlessly curled the return into the far corner with a first-time finish. There was hardly time to celebrate Messi’s 54th goal of the season as Hernandez whistled a stunning free-kick into the top corner of Cillessen’s net three minutes later.

Alaves looked set to enter the break on level terms but a late Barca rally on the cusp of half-time transformed the tie.

First, Neymar rounded off a fine team move with a close-range tap-in, although replays showed he was offside, before Messi slipped Alcacer through and he slotted Barca’s third in stoppage-time.

But it was Pacheco who was called into action first, thwarting Alcacer as he tried to turn Messi’s sumptuous cross home.

Left with little option but to go for it, Alaves embarked on a period of dominance but Acosta Deyverson saw efforts blocked by Andres Gomes and Cillessen in quick succession. 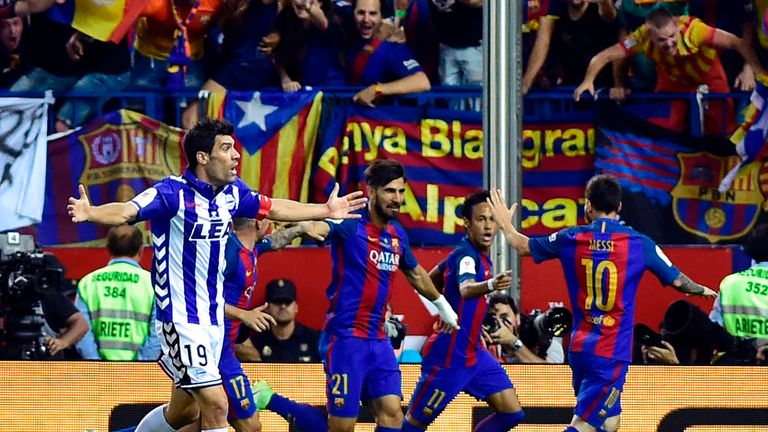 But there was no way back for Alaves as Barcelona ensured Luis Enrique bowed out with a trophy in hand.