Lots of work but fewer want it as participation rate shrinks: Don Pittis 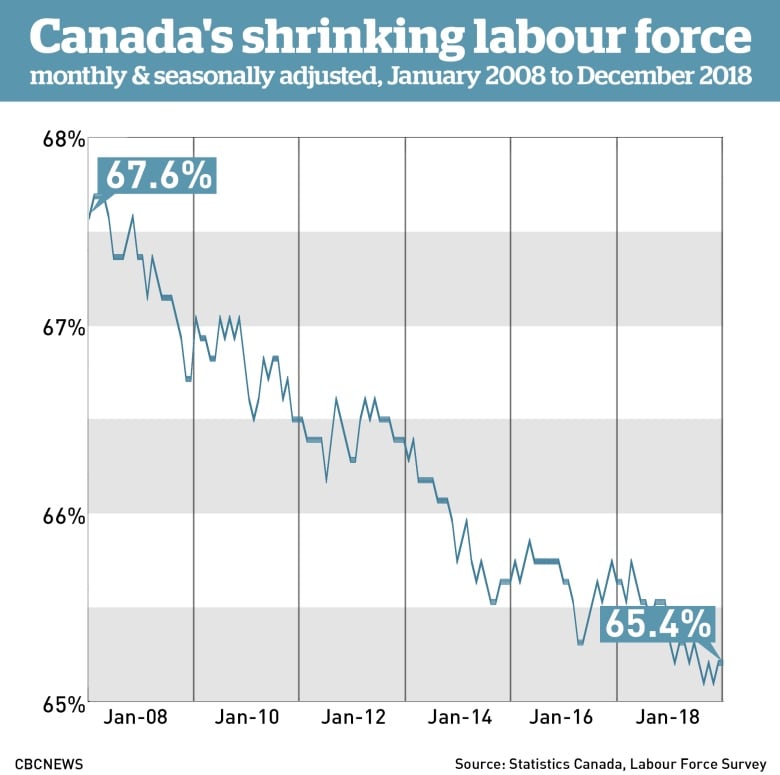 Unless there’s a miracle medical breakthrough, the millennial generation will soon be able to stop worrying about baby boomers plugging up the job market and living in the nicest homes.

According to The Economist magazine, “Peak Death” for boomers will strike in about 2034.

“It will be very sad,” said The Economist in its cheeky style. “But for house-hunters it will be a help.”

While U.S. statistics show older people increasingly hang onto their houses as they age, the boomer effect on the job market will come much sooner and is already impacting North American employment.

Friday’s job’s numbers for the month of January will provide the latest update. But data from Statistics Canada already shows that the gradual exit of those boomers from the labour force over the last ten years is having an impact on the economy that has never been seen before.

While this long goodbye has been predicted and feared for decades by demographers, there are some things about the numbers that were not foreseen and are harder to explain, said Etienne Lalé, who teaches labour economics at the Université du Québec à Montréal.

“Both in the U.S. and in Canada, the labour force participation rate has been falling over the past ten years, but the underlying reasons are quite different,” said Lalé, a specialist in how labour markets change over time. 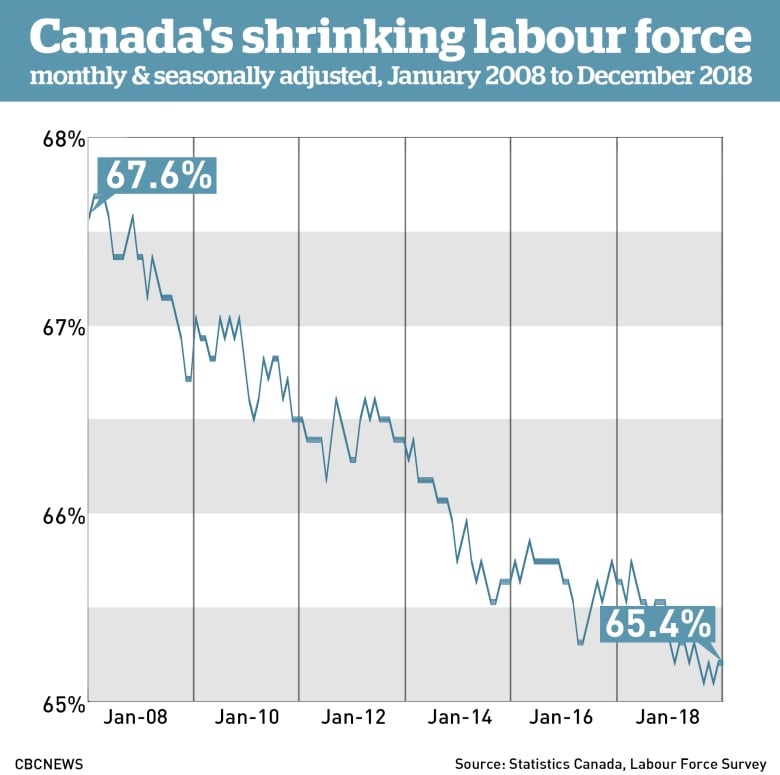 While Britain, the U.S. and Canada all experienced a baby boom as soldiers came back from the Second World War and started families, the size of that demographic bulge is subtly different in the three countries. For instance, “peak death” for Canada may come a bit later than for the U.K. as mentioned in The Economist. Canadians generally live longer.

Also in Canada, the adoption of the birth control pill five years after the U.S. means the boom here lasted longer.

According to the way Statistics Canada makes its calculations, the notion of participation is based on the number of people available for work out of the total population 15 years old and above.

Work till you drop

During the decades that Canadian statisticians have been collecting the data, the participation rate has varied in a relatively narrow range between about 62 and 68 per cent, usually depending on the economic cycle. Recession and rising unemployment meant falling participation.

Things like disability or extreme age, extreme wealth or even laziness have always kept a certain percentage of the population out of the workforce.

As feminist economists have complained, also excluded were people — usually women — who did unpaid work such as looking after the young and old.

There are examples of people who work until they drop, but that is unusual. So as the baby boom bulge works through the population like a hamster swallowed by a snake, it is completely reasonable for the labour participation rate to sink 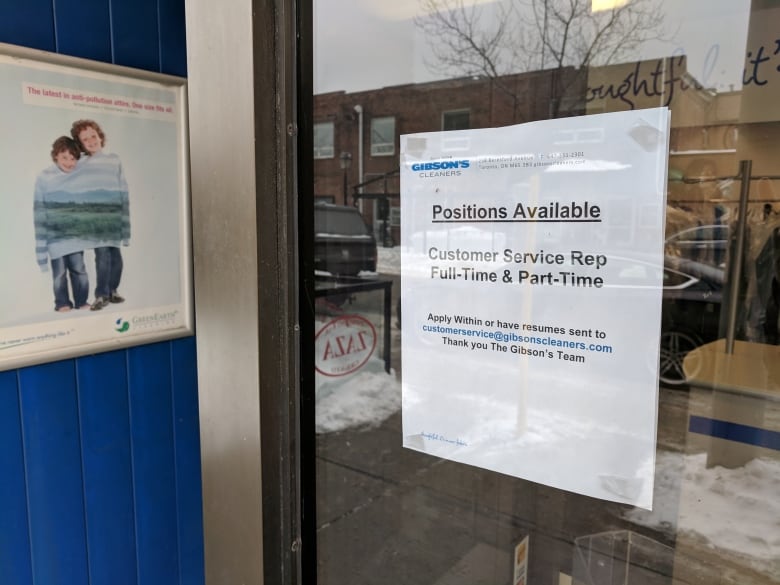 While demand varies across the country, help wanted postings on shop windows are a sign of worker demand as the labour force participation rate falls. (Don Pittis/CBC)

The surprising thing, said Lalé, is that the decline in participation by workers 55 and over is not happening nearly as fast as statisticians had expected.

Better educated, healthier and in demand due to a skills shortages, in the last 20 years participation by the oldest group has risen from 25 per cent to 40 per cent.

So if only part of the decline can be described by aging, where have all the other workers gone? In Canada, one has to look a the other end of the age spectrum. The missing 0.4 per cent have disappeared from the group under age 25

For Canada, that’s like money in the bank for the economy because they will eventually come out with high-level skills. The story south of the border is much worse.

“The thing that is very different between the two countries is changes in labour forces participation among prime age workers,” said Lalé, referring to the 25-54 age group. “In Canada, this has remained roughly constant over the past 10 to 20 years.”

In the U.S., the decline in jobs for prime age men, in particular, has been well documented, and it has been associated with ill health and “deaths of despair.”

According to David Macdonald, senior economist at the Canadian Centre for Policy Alternatives one reason may be the much higher levels of education among younger Canadian prime age workers.

“Certainly, education levels for the most recent generations are extraordinarily high, the highest in the world,” he said.

There have also been many more well paid jobs in the resource sector as a percentage of the Canadian population.

Another difference, said Macdonald, may be the low minimum wage in many parts of the U.S. that fail to convince the long-term unemployed to look for work or to keep working once employed.

Tammy Schirle, director of the Centre for Economic Research and Policy Analysis at Wilfrid Laurier University, said Canada may yet face some of the same problems as the U.S.

She said prime age male participation rates have been flat. She worries workers with lower education, such as those recently pushed out of the oil industry, may follow the trend seen in the U.S.

The saving grace for keeping employment strong in Canada’s core age group, and among aging boomers? Women, she said.

“What you see as a general trend is that women’s participation rate had a very steep incline,” said Schirle, studying a graph beginning in the 1970s.

“They continued to increase from the 1990s until now, ” she said. “They have been rising steadily.”