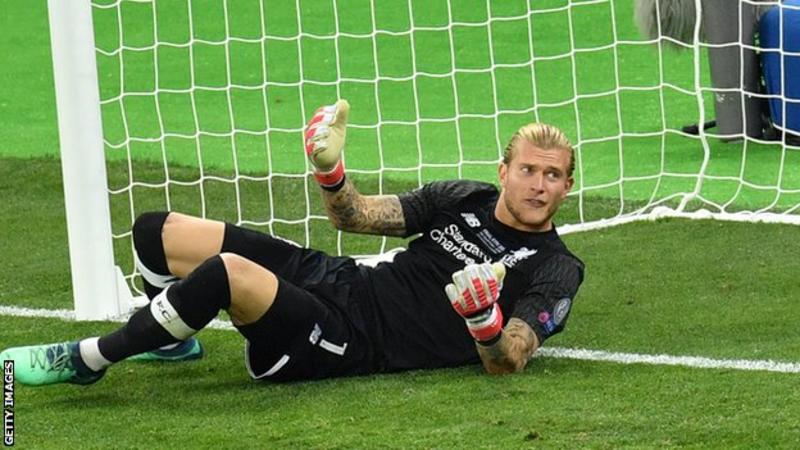 Merseyside Police says it is aware of death threats made to Liverpool goalkeeper Loris Karius after the Champions League final.

Officers said any threatening behaviour on social media would be investigated.

The 24-year-old and his family were the subject of threats after his two mistakes helped Real Madrid to a 3-1 win.

“We take social media posts of this nature extremely seriously. Offences will be investigated,” police said.

“Officers are aware of a number of comments and threats made via social media.

“Merseyside Police would like to remind social media users than any offences including malicious communications and threatening behaviour will be investigated.”

The German gifted Real striker Karim Benzema an easy goal for the opener in Kiev on Saturday night.

He was in tears at the final whistle and apologised to fans.

“I’m infinitely sorry to my team-mates, for you fans, and for all the staff,” he tweeted.

Liverpool goalkeeper Simon Mignolet has backed Karius to bounce back from his Champions League nightmare.

“If he wants to talk then of course I will be there,” said the Belgian, who was on the bench for the game in Kiev. “Every goalkeeper can relate to him.

“I’ve been in this situation before myself and those kind of things you deal with yourself.

“The only thing I told him is that there is a reason we got to this final, and why we played in this final, so think about that.

“But of course it is very difficult to say anything to him and to let him grasp it.

“Obviously it is not good what happened. It was unlucky for him it happened in this game,” said the Dutchman.

“I just tried to pick his head up and show him you have to carry on with it. It is hard to take but that is life in football.”

Defender Dejan Lovren said it would be counter-productive to focus blame on Karius.

“It’s easy to blame someone, but we are in the same ship together and everyone gave him the best words that they can. He will come back strong,” Lovren said.

“Don’t make massive stories about that. Of course it’s big because it’s a final, but everyone makes mistakes.”