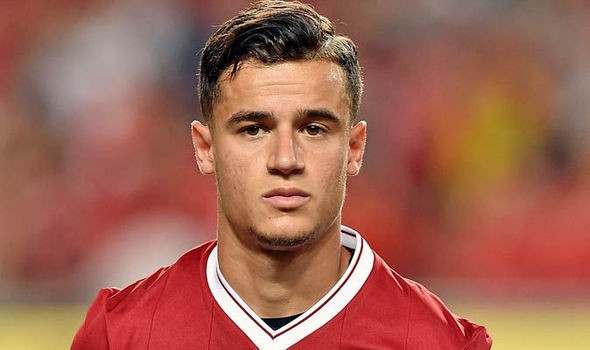 Liverpool midfielder Philippe Coutinho has submitted a transfer request, hours after the Premier League club released a statement saying he is not for sale.

Coutinho stated his desire to leave via email. The club rejected the request.

On Wednesday, the Reds rejected a 100 million euros bid (£90m) from Barcelona for the 25-year-old, who is out of Saturday’s trip to Watford with injury.

In a statement on Friday, the club’s owners said its “definitive stance” was that “no offers will be considered”.

Speaking at an earlier news conference previewing the league match at Vicarage Road (12:30 BST kick-off), Liverpool boss Jurgen Klopp said the Brazilian would miss the season opener because of a back problem.

Klopp said he was also a doubt for Tuesday’s Champions League play-off first leg at Hoffenheim as he had “not been in training since last Friday”.

Coutinho, who scored 14 goals in all competitions last season, signed a new five-year deal in January that did not include a release clause. He joined Liverpool from Inter Milan for £8.5m in 2013.

Barcelona have also had a bid rejected for Borussia Dortmund’s 20-year-old forward Ousmane Dembele since they sold Brazil forward Neymar to Paris St-Germain for a world record £200m last week.

The German club confirmed they met Barca representatives but the offer did not meet their valuation of the France international.

How a topsy-turvy Friday unfolded

Less than three weeks before the end of the transfer window, Liverpool now find themselves in a very tricky position. The club are adamant they will not sell – but what about the player?

As I understand it, Coutinho does not want to fall out with Liverpool, or their fans, and spoil what has been an enjoyable four-and-a-half years at Anfield.

However, the brutal truth is Barcelona are currently a more successful club.

Almost as important is the fact that they, and Real Madrid, hold an attraction for most South American players that is difficult to resist, as Liverpool experienced with Luis Suarez.

Little wonder Coutinho is desperate to make the move.

Liverpool’s stance remains the same but this is significant with a change of attitude from the player.

Previously it seemed Coutinho was content to take an amicable approach. However, his request submitted via email is designed to try and force the issue.

The club are adamant that no offers will be considered but what are the repercussions regarding the relationship with Coutinho and the fans now?

Liverpool are resolute he’s not for sale and are in a position of strength because he’s under contract until 2022.