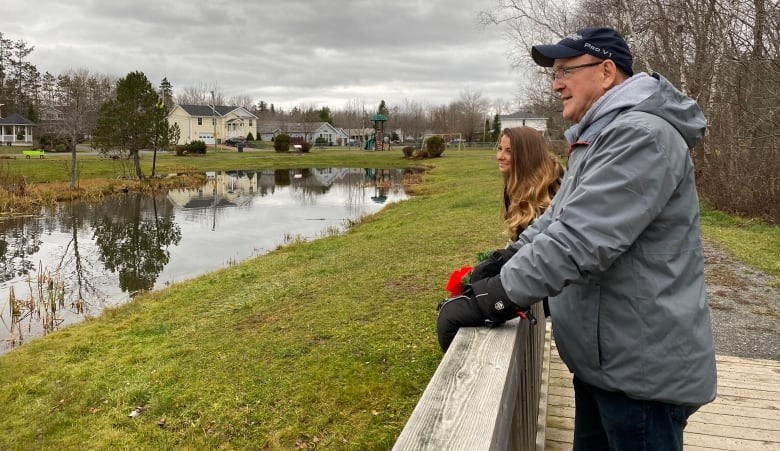 On paper, Kelly Marshall of Stellarton, N.S., officially recovered from COVID-19 months ago. In reality, the dividing line between sick and recovered isn’t so clear.

She still suffers from complications brought on by the virus, which she contracted in March, and earlier this month she was struck by a crippling chest pain.

“It was like something clamping around my heart and squeezing it, it was pretty intense, it made my whole body shake, I was in pain,” she said. “That scared me.”

That chest pain lasted for about four hours and doctors at the hospital said it could have been connected to her COVID infection.

The exact long-term health impacts of COVID-19 haven’t been determined, and researchers around the world continue to uncover new complications associated with the virus.

But mounting evidence suggests that COVID-19 survivors may have to struggle with debilitating complications for months or longer.

Marshall’s sense of smell and taste also haven’t been the same since she had the virus. And she has “brain fog,” which makes it hard for her to find the words to carry on long conversations.

“It’s tiring, you just wonder will it ever go away?”

Seven members of Marshall’s family contracted the virus after her father, Rick Cameron, returned from Florida in February. It’s not clear exactly where Cameron got infected since he was home for a month before he started to get sick.

But COVID hit him hard.

He had aches and pains and a bad cough, then he started to have trouble breathing. Things got so bad he had to be put into a medically induced coma.

“They put me under on the 20th of March and I guess I don’t remember much until the 2nd of May,” said Cameron.

When he woke up he was incredibly weak.

“It was a shock I couldn’t pick my head off the pillow. I had zero strength.”

It took months of physiotherapy to get the 70-year-old back on his feet. After a few weeks he was able to walk around the small pond near his home. The first time he tried it, Cameron had to stop and rest six times while walking the 250-metre path.

Cameron continued to work and won back his mobility, and feels like he’s regained about 90 per cent of his strength. He still needs to keep training, though, particularly for tackling hills.

“Especially if I’m going up a grade, if I’m walking and talking to you at the same time I would be out of breath by the time I reached the top of that grade.”

On the other end of the spectrum is 68-year-old Duncan Crowdis in Lunenburg County. He’s had no lingering problems from the virus.

He regularly chops cords of wood, goes for long walks, and recently strung up several thousand Christmas lights in the trees on his property, all without getting winded.

The couple were diagnosed with the virus in March after returning from a trip to Texas.

Crowdis felt like he had a bad cold with a nasty cough. He had to spend a few days laying down to recover, then felt fine again. His wife’s only symptom was a bit of a runny nose.

As the COVID-19 vaccine begins to roll out, Marshall, Cameron and Crowdis want people to learn from them and stay safe by following all of the province’s public health guidelines, like wearing masks, maintaining physical distance and frequent hand washing.

“It is a big deal, it’s a very serious big deal and if you have that much bad luck to come down with it you’re going to pay for it,” said Cameron.

Both Crowdis and Cameron had high praise for the province’s health system, which they say helped them every step of the way.

“It makes me feel great that I’m still breathing. It wasn’t the most pleasant experience I’ve ever had but I met a lot of nice people. I have a much deeper appreciation for my family now, so it’s like everything, every dark cloud does have a silver lining,” said Cameron.