Life doesn’t have to end behind bars, says ex-inmate, among those urging more addictions help in Ontario jails 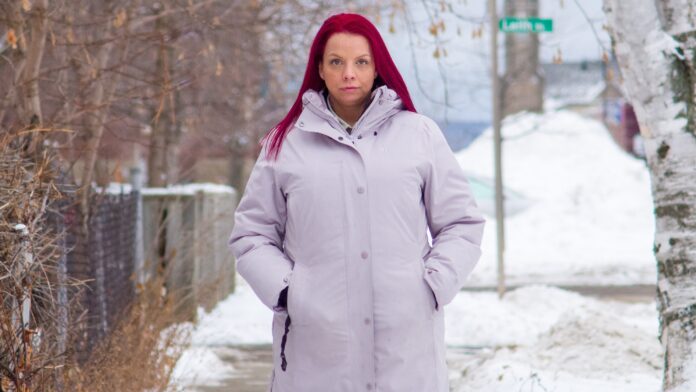 Alicia Gordon spends most of her days helping women involved in the criminal justice system get back on their feet, trying to give them hope.

She understands how difficult it can be, because just a few years ago, Gordon was at her lowest point.

Addiction had taken everything away from her — her home, her career, her children and her freedom — leaving Gordon behind bars in a northern Ontario jail.

But it was at that time, participating in a specialized addictions treatment program while serving a sentence at the Algoma Remand and Treatment Centre (ARTC) in Sault Ste. Marie, that she was given the tools and the belief she could recover.

“There is always hope. I was as far gone as anyone could get, and I still have managed to crawl my way back to some form of stabilization,” Gordon said.

They made me realize that my life didn’t have to end behind bars.– Alicia Gordon, who served a sentence at Algoma Remand and Treatment Centre

“They made me realize that my life didn’t have to end behind bars, that there was another way.”

But with just eight treatment beds in the entire province for incarcerated women, Gordon said, there are quite simply not enough resources to help people living with addiction.

Gordon and other advocates say Ontario needs to act on its promises to provide more treatment in jails — especially as the addictions crisis continues and the province moves forward on plans to build new correctional facilities.

Gordon was first held in custody on remand in 2019, before pleading guilty to a number of charges in the spring of 2020 — just as the COVID-19 pandemic was declared.

“They had shut down all programming and it was very isolating,” Gordon said.

“You’re just thrown into a box. There’s no hope in that. There is no way to try to start setting things up so you’re successful once you’re released.”

Gordon said most of the other women she met behind bars were also struggling with a substance addiction.

“From my own experience, the majority of individuals are in custody because of addiction issues in some way. Even people that I had met who were serving for assault and murder usually were on some kind of substance when that crime was committed.”

WATCH | Alicia Gordon tells her story of addiction and recovery: 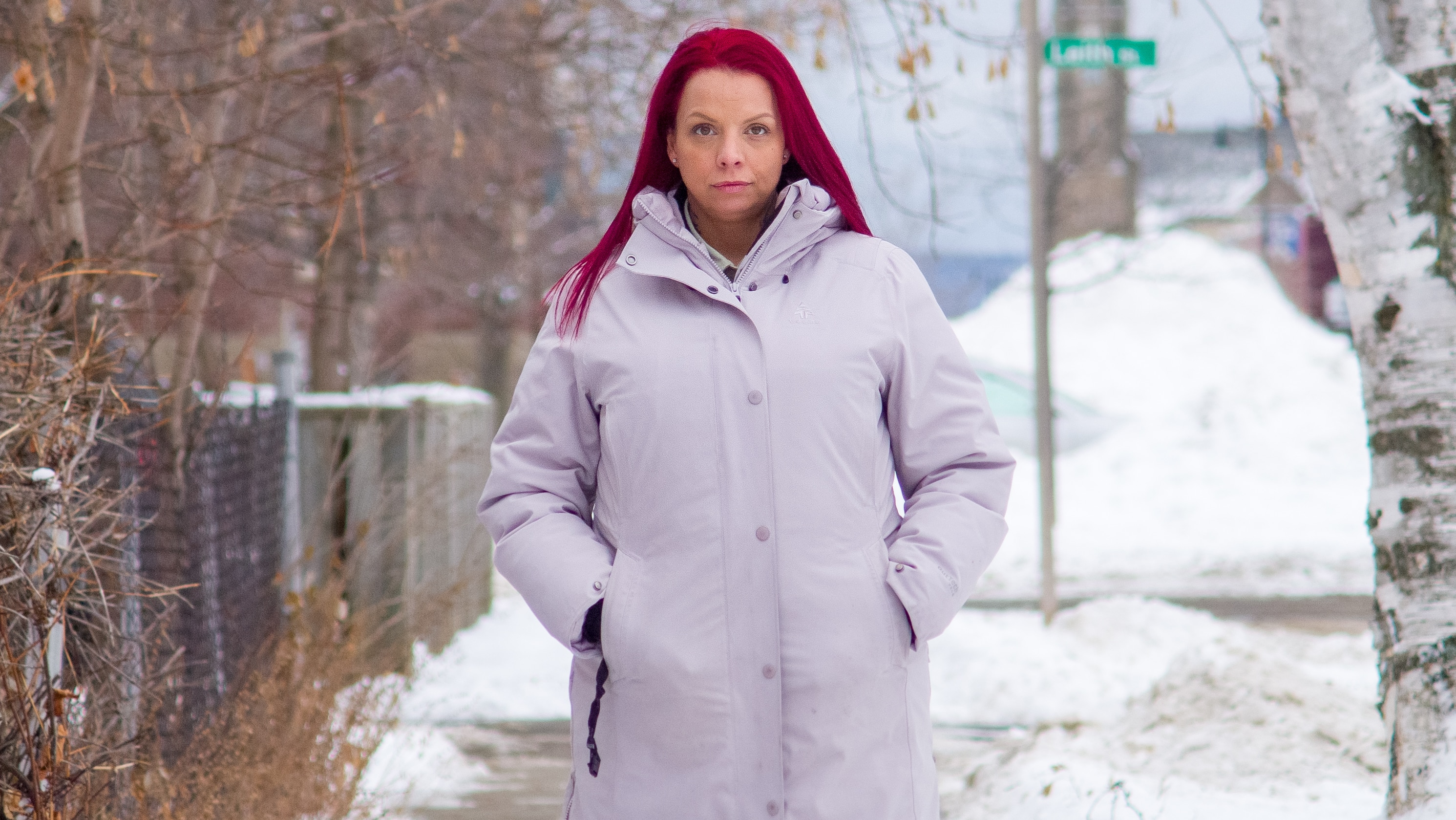 Alicia Gordon spent years struggling with an addiction to crack cocaine, leading to criminal charges. Now, she’s dedicated her life to helping others in Thunder Bay, and is sharing her story to inspire hope.

Ontario’s Ministry of the Solicitor General did not provide any statistics about the number of provincial inmates — serving a sentence of two years less a day — who have been diagnosed with substance use disorders.

Judith Gadbois-St-Cyr, a spokesperson with Correctional Service Canada, said their research estimates about 61 per cent of inmates have previous or current alcohol and substance use disorders at admission to prison, and the number is closer to 85 per cent for Indigenous men and women.

In 2017, the then chief commissioner of the Ontario Human Rights Commission, Renu Mandhane, toured the provincial jail in Kenora and found that every inmate struggled with mental health or addictions disorders.

Academic research has also demonstrated the relationship between addictions and the provincial corrections system.

Between 2006 and 2013, one in 10 people who died from a drug-related overdose were released from an Ontario jail within one year, according to a peer-reviewed article published in 2016 in the multidisciplinary journal PLOS One.

While serving her sentences, Gordon spent time at three provincial jails in northern Ontario. None of them offered her addictions treatment like what she received while in the specialized program at the ARTC.

“I needed the tools to find a way to battle my addiction,” she said.

To get in the program, Gordon said, she had to wait until she was free from any misconduct for 90 days. Once in, treatment was scheduled four or five days a week, with programming taking place throughout the day.

Gordon said the facilitator showed her that life beyond addiction was possible, helped her apply for treatment and supports once her sentence ended, and inspired her to work in the addictions field — which she does now at the Elizabeth Fry Society of Northwestern Ontario.

“She was beyond generous, had tonnes of compassion, and she supported me outside of the program as well.”

Debbie Reed wishes something like that would have been available for her son Johnny, who died of a drug overdose in March 2020. Now, she is a founding member of Thunder Bay’s Gone Too Soon bereavement group for parents whose children died from drug overdose.

She said Johnny turned to crime to support his addiction, but when he ended up in a provincial correctional facility, there was nothing for him.

“Johnny sat in jail for a horrible 23 hours a day with a cellmate [who told me], ‘We just sat in there and thought of better ways to do this crap,'” Reed said.

For anyone sentenced to a provincial jail, Reed said, part of the sentence should be treatment if the crime is addiction related.

She believes that if that were the case for her son, who died from an overdose just weeks after his release, he would still be alive.

According to a spokesperson with Ontario’s solicitor general, “substance use programs are offered at most provincial facilities,” As well, the spokesperson’s email said, inmates who have issues with substance use at the time of admission are provided health-care supports like protocols to manage withdrawal and opioid substitution therapies.

The province is also working to increase programming and hire more addictions counsellors as part of its Corrections Mental Health and Addictions Strategy, and is building new spaces in existing and new provincial jails to provide programming, the spokesperson said.

But no specifics were provided. For example, the government is spending $1.2 billion to build a new 345-bed correctional facility in Thunder Bay, but the spokesperson did not answer a question about specialized or intensive addictions treatment.

Part of the problem is the care and programming that individuals receive differ depending on the institution they are sent to, said Dr. Lori Regenstreif, a professor in the department of family medicine at Hamilton’s McMaster University who works in addictions and primary correctional health.

“It doesn’t seem to matter how big the city is, or how long people stay or what the charges are — it’s just uneven,” she said, adding the corrections system is an important setting for intensive treatment, if it’s accessible to people.

“If you’re just sticking people behind bars and telling them that you just sit there and do your timeout for eight months or whatever, then you’re not doing anything — not just for them, but for the rest of society.”

Dale Guenther, a McMaster University professor and a family physician working in Ontario’s jail system, said almost every visit he has with a patient in jail is related to mental health or addiction issues — often prescribing medications to ease the symptoms of withdrawal and help with stabilization.

“Once a person is in the institution, we have an unbelievable opportunity to shower them in all the things we know can help and can work … we’re not doing that at this point,” Guenther said.

But the lack of resources inside provincial jails is simply a reflection of society, he said.

“If we had great addiction and mental health treatment in the community, then we probably wouldn’t have nearly as many people in our institutions in the first place.”

Guenther added that it’s not simply a matter of providing more services; they also have to be evidence-based, affordable and easily accessible — which isn’t happening now.