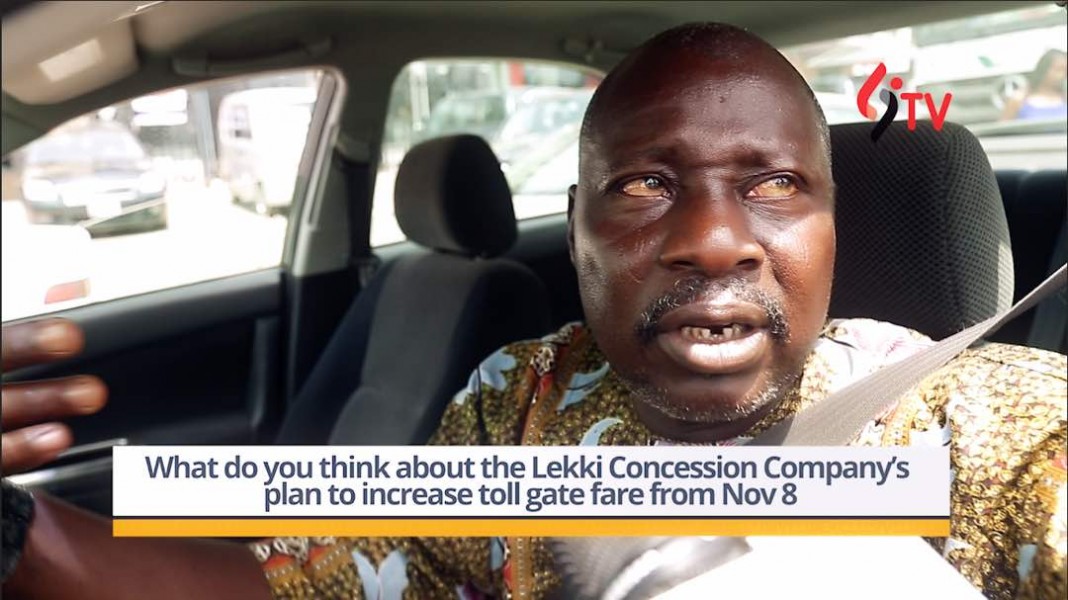 Nigerians are angry at the Lekki Concession company over its plan to increase the toll gate fare on Admiralty toll gate and Lekki-Ikoyi Link bridge toll gate effective from November 8th, 2017.

The company said Saloon car owners who usually pay N120 at the Admiralty toll gate will now pay N200. At the Link bridge toll gate, they will pay N300 instead of N250

SUVs will start paying N250 against the previous N150 at Admiralty toll gate and N400 at the Link Bridge, which used to be N300.

The LIB team paid a visit to the toll gates, where we spoke with several motorists about the sudden announcement which came on short notice.They expressed their anger and said they will boycott toll gates to apply alternative roots.

While other motorists who choose not to be captured on camera threatened to protest against the increment due to the hardship in the country.