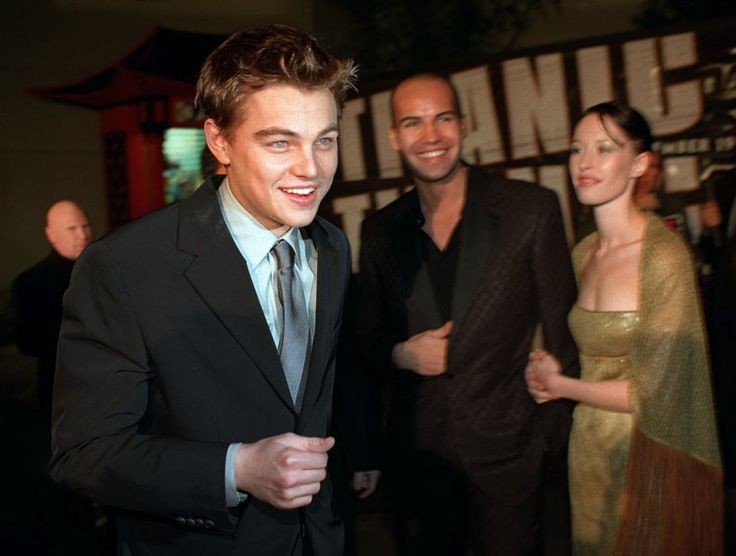 A whopping 20 years has gone by since Rose left Jack in the icy ocean, but that doesn’t mean our hearts haven’t gone on thinking about the perfect screen gems and the villain who sought to rip the ill-fated lovers apart…

Now, two decades later, the film’s trio of actors, comprised of Titanic‘s leads Leonardo DiCaprio, Kate Winslet and Billy Zane have reunited at the glittering Leonardo DiCaprio Foundation St. Tropez Gala in France—and we have to say the meet up was big—epic even—one may say even more massive than an iceberg!

Zane took to Instagram to document the fleeting moment. Along with the ice-blue image, the actor wrote, “Gangs back together. Now we’re saving icebergs. Go figure. @katewinsletofficial @leonardodicaprio @leonardodicapriofdn.”

There’s a massive auction at the private party and one of the hot items on the table is a private dinner in New York City with both DiCaprio and Winslet (although availability is limited to a date sometime in October or November at a Manhattan restaurant of the recipient’s choice).

Of course the titanic-sized reunion wasn’t the only electrifying moment of the night. Madonna also performed for the A-list masses, singing a number of her hit songs including “La Isla Bonita” and “Ray of Light.”

Lenny Kravitz also performed at the star-studded gala, which will be honoring Paris Mayor Anne Hidalgo with the foundation’s “New World Leadership Award” for her “innovative approach to making Paris a model for sustainable urban living and design,” according to a statement from the gala.