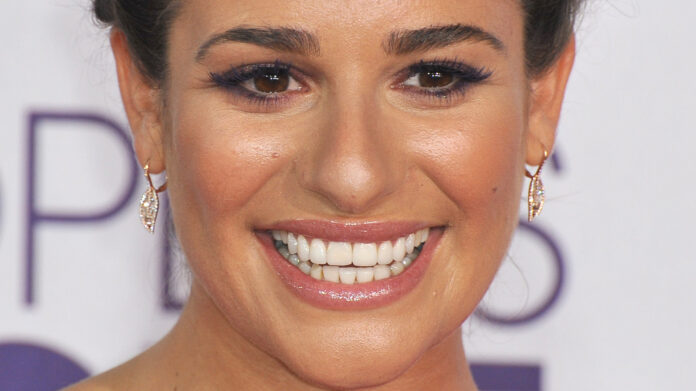 Actor Jonathan Groff spoke about his “Spring Awakening” and “Glee” co-star Lea Michele in an October essay written for Variety, where he claimed her grandfather apparently went to prison for his connection to the criminal Gambinos. Really. Throwing things back to 1995

when Michele was cast in a production of “Les Misérables” as a child, he shared that, at that time, “Her grandfather, Porky, was still in prison for his ties to the Gambino crime family.” Erm, what? Groff stopped short of going into detail about what those ties actually entailed, but he claimed Michele still had a relationship with him and would go to the prison once a month to pay him a visit when she had a day off from performing.

Of course, the revelation made for some pretty surprising tweets, as plenty took to Twitter to share their shock over Groff’s revelation. “Wait what,” one person tweeted, while another jokingly responded, “i sincerely hope they never stop oversharing about one another.

For those that don’t know, the Gambino crime family was one of the most notorious criminal families in New York with their domination beginning in the early 1990s. The New York Times reported their history is rife with murders, racketeering, money laundering, extortion, and so much more.