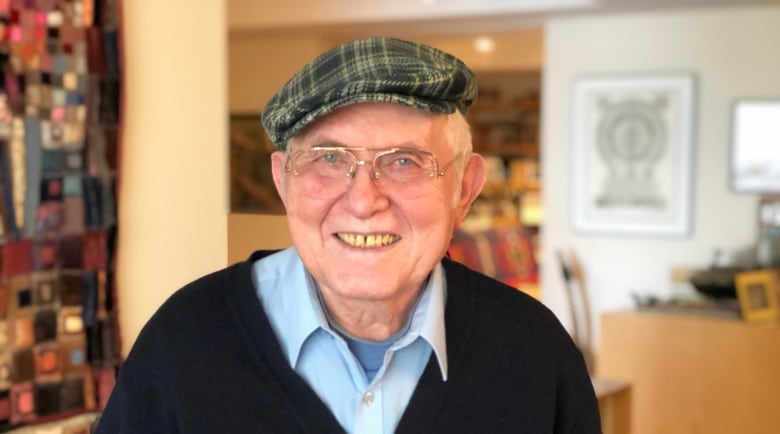 The lawyer representing former Nazi interpreter Helmut Oberlander has filed a motion to permanently stay the immigration proceedings against his client.

Oberlander, 97, came to Canada in 1954 and has been fighting deportation ever since his past as an interpreter working for one of the Nazis’ most brutal killing squads was revealed in 1995. He has never been charged with a crime, and multiple investigations found no evidence he directly participated in the atrocities.

Since 2000, the courts have stripped the Waterloo, Ont., man of his Canadian citizenship, which he first obtained in 1960, four times on the basis of his membership in the Einsatzgruppen and his failure to disclose that fact to immigration officials. Three times the decision was overturned on appeal.

“There’s evidence that we’ve now discovered that we believe had been with the government all these years and had not been provided to us and should have been,” Oberlander’s lawyer, Ron Poulton, told CBC News.

The Canada Border Services Agency, which carries out removals, told CBC News it doesn’t comment on matters before the courts but in a statement said it “places the highest priority on removal cases involving national security, organized crime, crimes against humanity and criminals.”

The move comes as a temporary stay of proceedings expires on Friday. The Federal Court had ordered the stay in February, postponing Oberlander’s admissibility hearing before the immigration division of the Immigration and Refugee Board to determine whether he should be removed from Canada

Poulton had requested that stay, citing COVID-related restrictions and the fact his elderly client is hard of hearing — both of which made it difficult to communicate the facts of the case to Oberlander, he said.

A stay prohibits the Immigration and Refugee Board from scheduling admissibility hearings.

Some in the Jewish community see Poulton’s new motion as a stalling tactic.

“Every time there is a delay, … I feel that there is no justice for the people that were murdered in the Shoah,” said Pinchas Gutter, a Holocaust survivor, using the Hebrew word for the Holocaust.

“It hurts. It hurts inside. It breaks my heart … each time there is a delay.”

Gutter co-chairs the group Canadian Jewish Holocaust Survivors and their Descendents. His father, mother and sister were killed by the Nazis, and he endured time in concentration camps, forced labour and a weeks-long death march.

“Whenever I think of the Einsatzgruppen, I have nightmares,” he said.

Einsatzgruppen were mobile killing squads that moved into German-conquered territory and killed people deemed undesirable or a threat to the Nazi forces, including an estimated two million Jews. Often, they would round Jews up, order them to strip and open fire over a mass grave.

Gutter says he thinks Oberlander purposely withheld information about his past when he applied to come to Canada.

“Why didn’t he come out then and say, ‘Look, I know I was a member of the Einsatzgruppen, but I want to come to Canada because I was just an interpreter. I was forced to become an interpreter. I had no choice?'” asked Gutter. “He didn’t say that. He was hiding, and he was hiding because he knew he was guilty.”

Richard Marceau, a former Quebec MP and now general counsel and vice-president of external affairs for the Centre for Israel and Jewish Affairs, says Oberlander has “been playing tricks for the last 25 plus years, and it’s time for it to end.”

Justice is being “not only delayed, but it’s being denied,” he said.

Marceau dismisses the suggestion, raised by some, that Oberlander’s age is cause for leniency.

Poulton denied the move is designed to draw out Oberlander’s immigration proceedings.

“Fairness is not a stalling tactic, he said. “Fairness is an attempt to have a just result based upon all the appropriate evidence, and some of that evidence was withheld from us and withheld for many years, and that was wrong.

“So in the interests of justice, we’re trying to seek a fair result in this case. We’re not trying to just do this to delay. We want a fair process. It hasn’t been.”