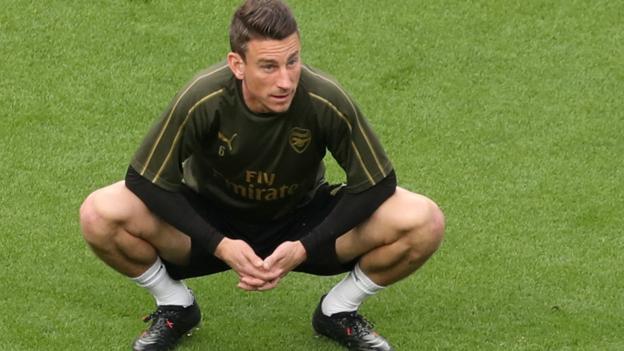 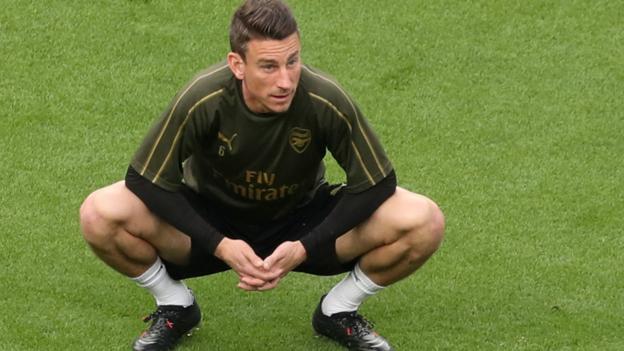 Arsenal captain Laurent Koscielny is “very hurt” by his conflict with the club, his friend and former team-mate Olivier Giroud has told the BBC.

Koscielny has refused to travel on the pre-season tour of the USA after the Gunners rejected his transfer request, and is facing disciplinary proceedings.

The 33-year-old French defender has been criticised, but Giroud said: “You cannot make a judgement when you don’t have all the clues. I’m pretty sure we don’t know everything in this situation.”

The Chelsea and France striker, who played for Arsenal between 2012 and 2018, added: “I hope both sides will find the best agreement.”

Koscielny joined Arsenal from Lorient for about £10m in 2010 and has made 353 appearances for the Premier League club, leading the side intermittently before being appointed permanent captain a year ago.

An Achilles injury ruled him out of France’s triumphant 2018 World Cup campaign, but the centre-back returned in December and helped the Gunners reach the Europa League final, which they lost to Giroud’s Chelsea.

Before that match in Baku, Arsenal were in talks with Koscielny over a new contract.

However, it is understood the defender was unhappy with their offer – and that, along with growing discontent over the way his playing schedule was managed and the direction he felt the team and club were going, led Koscielny to ask for a move.

Arsenal rejected his plea and also deny the Frenchman’s assertion there was some form of agreement in place allowing him to be released for free this summer.

Gunners boss Unai Emery was pleased with Koscielny’s performance last season and still sees him playing a key role, so would only consider sanctioning his exit if a suitable offer arrived, which has not yet happened.

Koscielny is training in London while the club consider his punishment for refusing to tour.

“Lolo is a good friend of mine,” said Giroud in an exclusive interview. “I’ve known him now for 10, 11 years. We played together in the second division [in France, at Tours].

“He’s been playing for Arsenal for nine years; he’s been the skipper for so many years – very respectful, very professional, always the best example for the young players.

“The club gave him the opportunity to play at Arsenal, and it was a big, big opportunity for him to show his quality in the Premier League. I think he has always been grateful about that and respectful to the club. I don’t understand how we have got to this situation.

“I feel very sad for him because he’s a great person and the media wants to give a bad image of him.

“I’m not at the club, I don’t know what really happened – but one thing for sure is Lolo is very hurt by what’s happening and he’s an emotional person.”

‘I can understand the Arsenal fans’

Giroud’s five-and-a-half-year spell at Emirates Stadium came to an end when he was sold to Chelsea after Arsenal signed Pierre-Emerick Aubameyang in January 2018.

The 32-year-old has won the FA Cup and Europa League with the Blues, as well as helping the side reach last season’s Carabao Cup final.

“I spoke with the boss – at this time, Arsene [Wenger] – and I told him: ‘Look, gaffer, I need some game time to play at the World Cup, that’s massive for me.’

“At the end of the day, we won it, so it was very important for me to leave.

“It was tough for me, but it was amazing to sign for a club like Chelsea. It was like an improvement for me because – OK, it’s Manchester City now – but Chelsea have been the best club in England over the past 10 years.

“It was a new challenge with big motivation, big targets.”

After 19 consecutive seasons in the Champions League, Arsenal face a third year in the Europa League and are operating with a restricted budget in the transfer market as a result.

On Monday, a group of 16 prominent supporters’ groups and bloggers signed a letter calling on Gunners owner Stan Kroenke to “reinvigorate” the club.

Giroud expressed sympathy – “I can understand the fans” – and said there is perhaps a difference in mindset between his previous and current employers.

“With Arsenal it was difficult to fight for the title. We were always fighting for the Champions League places,” he said. “I won a few FA Cups and Community Shields. When you can’t win the league, winning the FA Cup is quite nice, so I’ve got amazing memories.

“Chelsea is a club where you have maybe more expectations, higher expectations. They were winning more titles these past 10 years and obviously Arsenal wants to come back to the ‘Invincibles’ days, but it’s not easy.

“I’m not going to say we are doing things better at Chelsea. We just try to be as competitive as we can, to step up and win more trophies.”

When asked if it could be a mentality issue, Giroud replied: “Maybe.

“In football, for me, it’s two-thirds of the quality you need to have. I’ve seen so many talented players – but without mental strength they can’t step up and get out of their comfort zone. Mental strength is massive in football and sport in general.”

‘We can compete for title despite transfer ban’

This summer, Chelsea triggered an option to extend Giroud’s stay at Stamford Bridge by 12 months and, despite the club being banned from signing players for two transfer windows, the France international is confident they can compete for honours under new boss Frank Lampard.

“He’s a proper Chelsea legend,” Giroud added. “As a player, he was an example for the young players and the fans. He loves the badge and the club, so I think he is the right person.

“He’s coming with big energy and we are working very hard, and in a good way.

“I think he’s got the squad to compete in the different competitions this year.

“Many young players sometimes have to go on loan to get some game time. This transfer ban gives them an opportunity to play more, show their qualities and – honestly, trust me – we’ve got plenty of young, talented players at Chelsea.

“We’re going to fight in every competition – but the main target will be to compete with City and Liverpool for the Premier League title.”