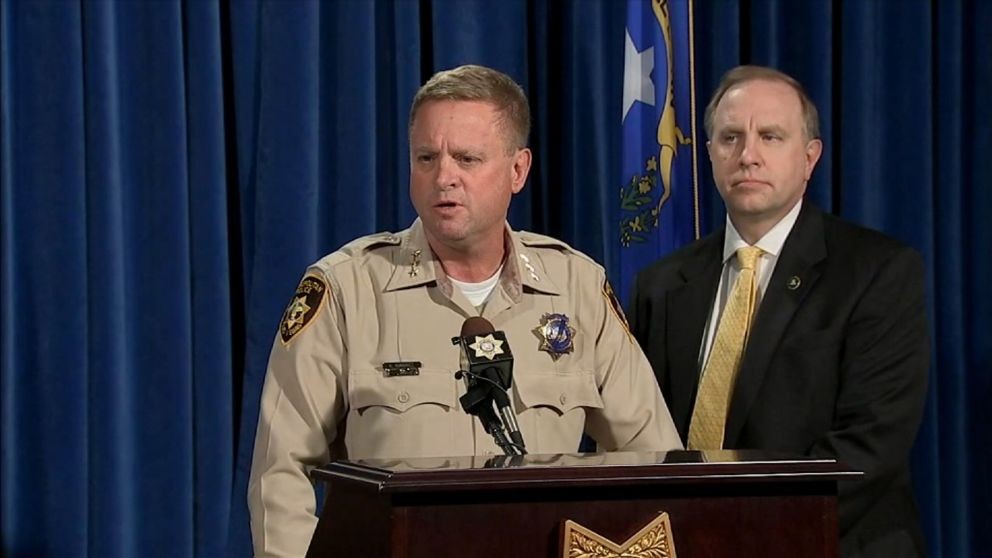 Police investigating the Las Vegas massacre say they are now following up more than 1,000 leads but still do not know the motive.

Gunman Stephen Paddock’s personal life, mental health, political affiliation and finances are being scrutinised but have not yet offered any clues, undersheriff Kevin McMahill said.

He added: “While some of it has helped create a better profiling to the madness of the suspect, we do not still have a motive or reason why.”

Paddock killed 58 people and injured more than 500 others when he opened fire on a music festival from the 32nd floor of the Mandalay Bay hotel.

Before taking his own life, the 64-year-old was distracted by hotel security guard Jesus Campos, who went to his door to investigate an alarm.

Mr Campos was struck in the leg when Paddock fired 200 rounds into the hallway, but managed to escape and inform authorities where the gunfire was coming from.

Donald Trump has said the security guard “did a good job”, while undersheriff Kevin McMahill described him as “a true hero”.

He said: “This was a remarkable effort by a brave and remarkable man. I don’t think we have done enough to recognise him and his actions and for that I want to apologise.

“I want to take a moment and say he is an absolute hero.”

On Monday, officers recovered 19 firearms, explosives and ammo from Paddock’s home in Mesquite, Nevada, hours after discovering 23 guns in his hotel room.

Detectives also found 50lbs of the explosive Tannerite and 1,600 rounds of ammunition in his car parked outside the Mandalay Bay.

“I’m sorry to tell you I don’t know what he was going to do with all of that Tannerite, I wish I did,” Mr McMahill said.

“We continue to try to find that information out.”

He added that authorities were “very confident” Paddock was alone in his hotel room, but said police continue to investigate if anyone had prior knowledge of the attack.

Paddock’s girlfriend Marilou Danley, 62, was questioned by the FBI after being met by investigators on her return to the US from the Philippines.

In a statement, Ms Danley described the gunman as a “kind, caring, quiet man”.

She said: “He never said anything to me or took any action that I was aware of that I understood in any way to be a warning that something horrible like this was going to happen.”