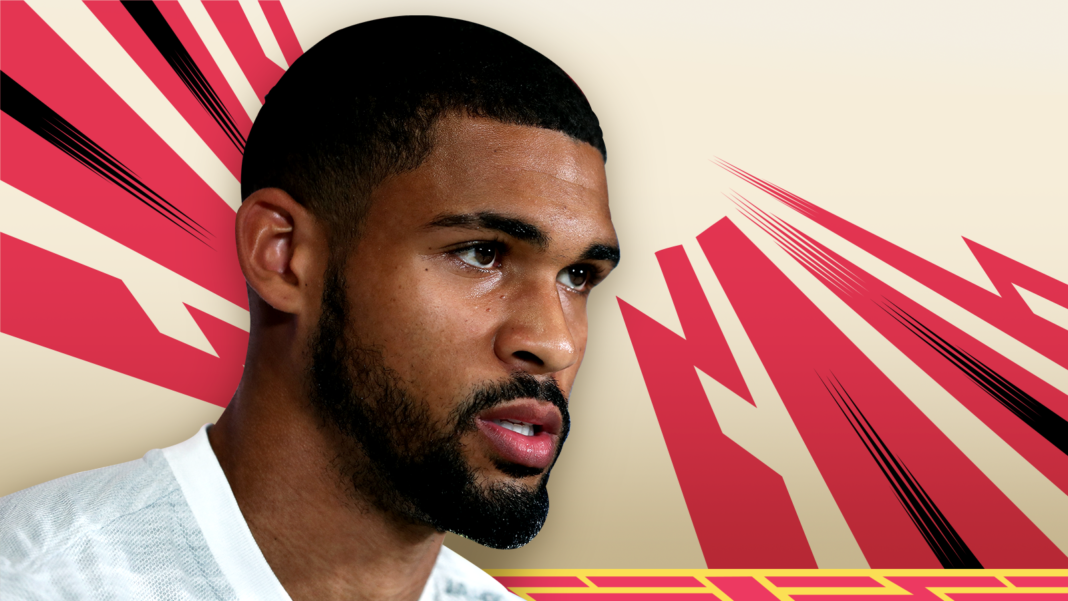 How to follow:
Watch live on BBC One and the BBC Sport website, listen on BBC Radio 5 live

If the leaked line-up is correct, Ruben Loftus-Cheek will make his first competitive start for England against Panama on Sunday – and I know he will be ready.

Ruben is someone I know really well from when he was coming through the youth ranks at Chelsea. He is 22 now, but he probably came on to my radar when he was 15 because he was so highly spoken of.

He would occasionally come and train with us in the first team from the age of 16, because he was that advanced.

Straight away he made an impression because of his physical attributes, but he knew how to play too – he had great ability and even then he could drift past people on the ball.

He does that even better now, with his pace and power when he is running at you, which makes him different from a lot of modern-day midfield players – and puts a fear into the opposition that they do not usually have.

That is what he will bring to England’s midfield against Panama, and his versatility makes him even more unique.

Ruben is often used as an advanced midfielder, but he is neat and tidy enough on the ball to play as a link-man deeper in midfield.

He can do both sides of the game, which makes him a great weapon for England boss Gareth Southgate to have, because having him on the pitch does not compromise the team in attack or defence.

‘I told him he can dominate games from start to finish’

When he linked up with the Chelsea first team as a kid, Ruben was very quiet and always very respectful. His attitude and work ethic was first class, which I love to see.

I have read that he studied my game a lot when he was younger but he did not approach me for any advice.

He trained with us, and I tried to help him where I could, but we did not have many conversations that I can recall.

But earlier this year, during his loan spell at Crystal Palace, he trained with Chelsea to get fit after an ankle injury and took part in a training session I was holding with the Blues’ Under-16 side while I was getting my coaching qualifications.

We had a good chat, probably the first proper chat I’d had with him, and spoke about his game, how he feels and his progress so far – which I have been delighted to see.

I told him then that he was doing brilliantly but I thought he could do so much more because he has got so many great attributes – I said he has everything in his game to go right to the top.

He is on his way there now, and with the ability he has got, he can dominate games from start to finish.

‘On paper he does not have a weakness’

We have already seen from his performance on his England debut against Germany in November that Ruben is not fazed by the big occasion – he was the man of the match.

He believes in his ability, which is a big gift when you are trying to establish yourself at international level. You can see that by the way he picks the ball up and runs at people so much.

What he will have to deal with now is expectancy. People have been calling for him to be in the England team, and to come back to Chelsea – quite rightly so on both counts.

But now he has to really produce. What I want to see him do if he starts against Panama is show his best form and really grab the game by the scruff of the neck.
Livescore.in
I am not overstating the part he could play for England on Sunday, because he can do everything – on paper he does not have a weakness.

The next step for him is to make a drastic impact on this kind of game, and by that I mean getting goals, and making assists.

For that to happen he needs a bit more ruthlessness, which is probably the final thing to add to his game – Ruben is a nice boy, but he has to be maybe not always quite so nice.

I guess the one blot on his character is that he once said he would pick Steven Gerrard over me in his all-time XI – but I think I can forgive him for that!

If it was anyone else I might get upset, but it is Stevie G, so that is fair enough.

Being serious, though, it is great to hear him talk about modelling his game on me, Steven, and Paul Scholes.

That is what I did as a young player, when I looked at people like Paul Gascoigne and Bryan Robson and tried to take the bits I could from them and link them into my own game. I was really pleased when I heard that he had done the same.

We don’t know yet whether the England team that was accidentally revealed by assistant manager Steve Holland will be the one that starts against Panama, but I don’t think it should have been leaked in the first place.

I have been at plenty of major tournaments so I know how these things work – I am not surprised it happened.

But I just think that, as a nation, there is a really good feeling around the England team at the moment, and there was no need to jeopardise that.

The media have been crying out for more access and a better connection to the players, and they have got that.

Then something like this happens, which is quite a delicate situation. It would have been quite easy to keep a lid on it because it is a time when you want to be working together on these things, but that did not happen.

At the same time, we probably should not over-react – this sounds bad, but it is a group game against Panama. It would be different if it was a quarter-final against Brazil and the media did something like that which did not help England’s chances.

‘From Russia to Pride Park – Derby is my priority now’

I am very confident that we will beat Panama, and I do not always feel that way before an England game.

I just think that while Panama always put in a lot of effort, it is going to be very difficult for them to defend for 90 minutes against a team of England’s quality.

This game is the last one I am working on with the BBC before I go back to England, and I have really enjoyed my time in Russia.

I had committed to being a pundit before I became Derby manager, and I am not a man to go back on my word.

It has been a great opportunity for me to be out here watching games, in this kind of atmosphere, and I have absolutely loved it.

But I have to cut my time here slightly short because of the job in hand, which is a very important one – to get Derby ready for the new season.

It is not a part-time role, it is the exact opposite of that, and I have been working on it while I have been out here anyway in terms of our preparations for pre-season.

When I go back, I have got to get right into it, though – and I am looking forward to doing that as well. 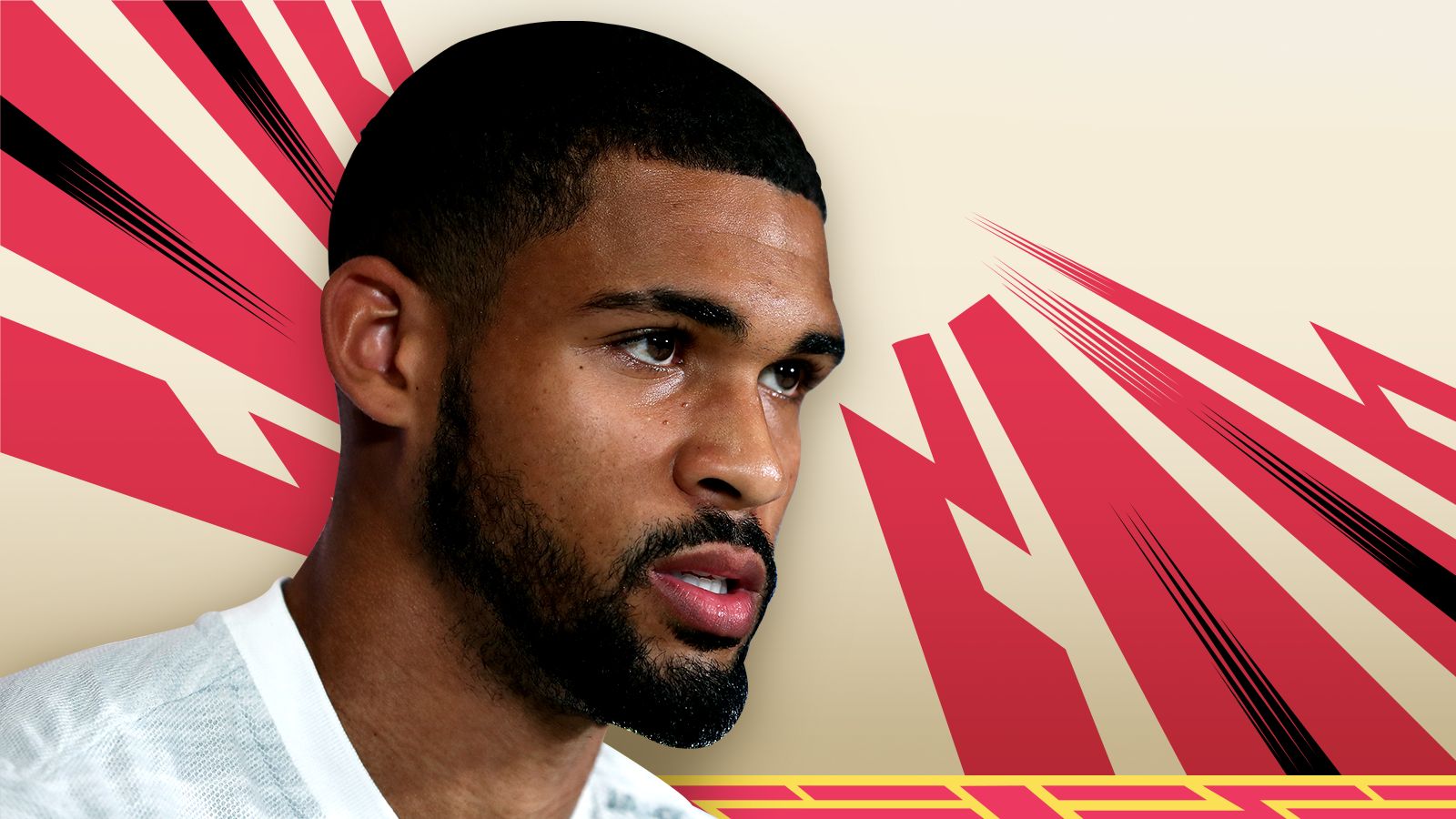