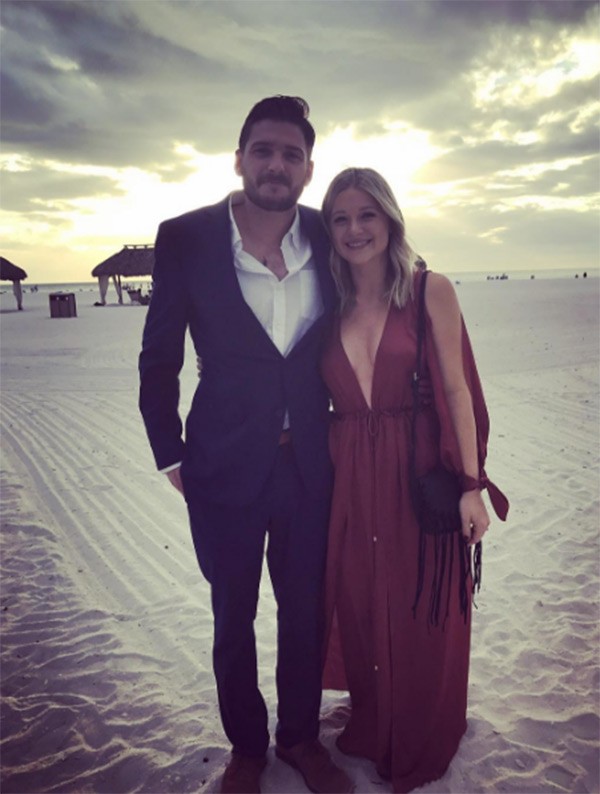 A Laguna Beach baby boy is on the way!

Hopping on the Laguna Beach/The Hills baby train, former reality star Talan Torriero and his wife Danielle Torriero announced the happy news that they were expecting a son on Monday.

Talan, who was  formerly dubbed a “ladies’ man” on the MTV reality show, took to Instagram to announce the gender of the couple’s first child with an adorable video, filled with exploding confetti. Along with the cute clip, Talan wrote, “@danielletorriero and I are thrilled to announce that we are having a boy in Oct!”

Back in April, the duo told the world they were welcoming their first child by posting a video of an ultrasound and their expected due date.

Danielle captioned the post, “Baby Torriero coming mid October.” She added: “@talantorriero #13weeks.” The proud papa-to-be reposted the same video and caption on his own account.

The 30-year-old married Danielle in June of 2014, but the couple have been together for more than eight years. Earlier this year, Talan shared a throwback photo of the couple with the caption, “The moment I knew I loved her 8 years ago. I met her 8 years ago today—happy birthday to @danielletorriero.”

The one-time MTV star may have grown up in SoCal but it appears as if he’s made a big move to the Midwest, giving up the sandy beaches for fields of corn. He and his wife live in Nebraska now. His Instagram profile says, “Laguna raised Nebraska braised.” Yeehaw!

As we stated before, Talan joins the list of Laguna Beach/Hills alums who are expecting children this year.

Congrats to all of them!