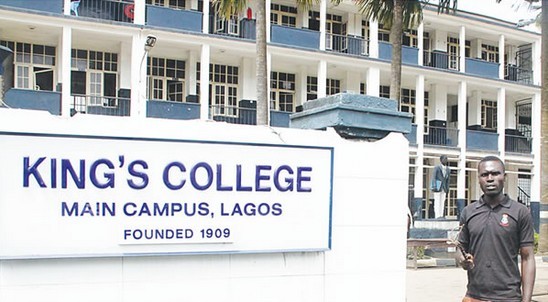 The Lagos State House of Assembly on today called for an upward review of salaries of traditional rulers in the state.

The House made the call in its resolution after adopting a motion for “the Upward Review of Traditional Rulers’ Remuneration and the Use of Yoruba Language as a Medium of Communication at Palace and other Public Functions.“

Mr Lanre Ogunyemi, the Chairman, House Committee on Education, had moved the motion at the day’s sitting.

The House called on Gov. Akinwunmi Ambode and the Commissioner for Local Government and Community Affairs to actualise the increase of salaries of Obas and Baales in the state.

The lawmakers said the step had become necessary with a view to enhancing the performance of their traditional responsibilities in their various domains.

They also directed the ministry, as a matter of urgency, to look into the alarming rate at which new stools of Obas were being created, and ensure that the process of upgrading the Baales to the status of Obas was strictly adhered to in the state.

The House also enjoined monarchs and Baales to always use Yoruba Language as a medium of communication in their respective palaces and other public functions.

Ogunyemi, moving the motion, had described the current salaries of Obas and Baales as “embarrassing and ridiculous considering the enormous responsibilities of the traditional institution”.

He said: “This House notes the enactment of the law to provide for an approved method for the selection, appointment and recognition of Obas and Chiefs in Lagos State and for purposes incidental and supplementary to it, Volume 8, Ch.02 of the laws of Lagos State of Nigeria, 2015.

“The House notes that the institution of traditional ruler is an enduring part of our heritage that plays a critical role in the preservation of culture and tradition.

“It also notes that the stipend being paid to the traditional rulers as salaries, despite the enormous challenges in administration at the grassroots, could cause distraction in the performance of their traditional responsibilities in their various domains.

“This House observes that if traditional rulers are encouraged to perform their statutory roles, their wealth of experience would fast track the desired change in their various communities and add values to governance.”

The lawmaker also decried the use of English language to conduct most of the palace ceremonies and programmes instead of the mother tongue.

He expressed worry over the discretionary process of upgrading Baales and Obaship positions in recent times, saying that such development would degrade the esteemed positions.

In his contribution, Mr Tunde Braimoh, the Chairman House Committee on Information, Strategy and Security, called on the traditional institutions to support the efforts of the government on security.

The Deputy Speaker, Mr Wasiu Eshinlokun-Sanni, also urged the House to include the White Cap Chiefs in the arrangements saying Lagos Island does not operate with Baales.

Other assemblymen took turns to support the motion before it was passed by the House as its resolution through a voice vote conducted by the Speaker, Mr Mudashiru Obasa.

The House adjourned its plenary session until June 5.