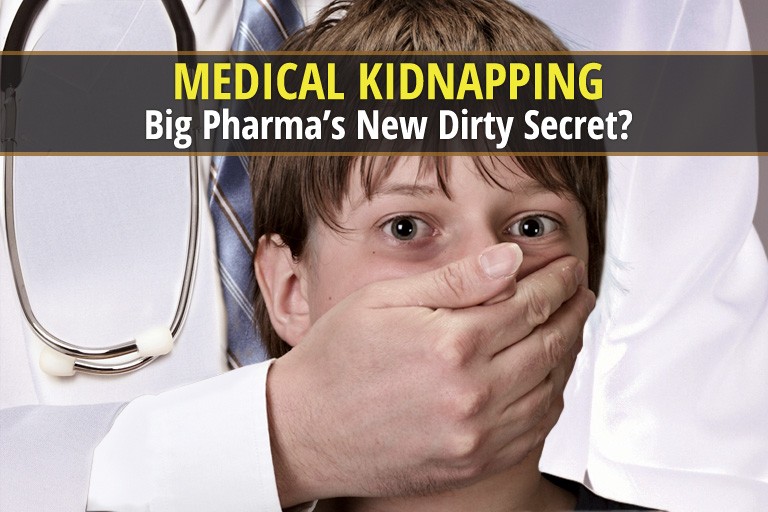 The spate of kidnappings in the country is forcing schools to approach insurance companies for protection should they fall victim to such, Saturday PUNCH’s investigation has revealed.

In addition to this, school owners are also seeking helps from private security outfits to protect their pupils and employees from being kidnapped.

Similarly, insurance companies are forging stronger ties with their foreign counterparts on how to beef up their capacities to be able to bear this highly risky cover.

It was learnt that the scenario was connected with the upsurge in kidnapping cases in the country, especially as schools and other organisations have become soft targets for kidnappers.

The Chief Executive Officer, Boff & Company Insurance Brokers, Mr. Babajide Olatunde-Agbeja, who confirmed this development, said hitherto, kidnap and ransom insurance cover was not popular, though it was available to both individuals and corporate organisations in the country.

However, he said of recent, some schools have started negotiating cover, adding that “schools are a soft target for kidnappers as most of them don’t employ armed guards to protect students. If armed guards were provided, the attacks will reduce, but not totally eradicated.”

Recently, schools, especially in Lagos and Ogun states, have been targeted by kidnappers with the aim of making money through payment of ransom.

On Thursday, May 25, 2017, a gang of gunmen abducted six pupils from Lagos State Model College, Igbonla, Epe. The kidnappers had earlier demanded N1bn ransom for the pupils but it was later reduced to N600m when the parents were asked to pay N100m for each child. The ransom was further reduced to N20m for each victim but the police had yet to secure the pupils’ release as of the time of filing this report.

The pupils– Yusuf Farouk, Ramon Isiaka, Pelumi Phillips, Peter Jonas, Adebanjo George and Judah Agbaosi – were abducted at about 5am, when a section of the school fence was broken down. It was the second of such abduction in the school in the last eight months.

Some kidnappers had in October 2016 attacked the same school and abducted four pupils and two members of staff, including a Vice Principal.

In January 2017, three pupils, three female supervisors, one female cook and a female Turkish teacher were also kidnapped at the Nigerian Tulip International College, Isheri, Ogun State. The kidnappers demanded N1.2bn for the release of the abducted persons.

Also in February 2016, three students of Babington Macaulay Junior Seminary School, a private school in the Ikorodu area of Lagos, were abducted by some gunmen. The kidnappers initially demanded N100m ransom for each victim but it was later reduced to N20m. The pupils regained freedom about a week later.

Justifying the need for such an insurance cover for teachers and pupils, Deputy President, National Association of Proprietors of Private Schools, Chief Yomi Odubela, said it would complement other insurance covers such as health, death, damage and education that are already common in schools.

“We have about four insurance covers like health, death, damage, and education in schools, so the kidnap and ransom insurance is a welcome idea in view of cases of kidnapping in schools,” he said.

Olatunde-Agbeja disclosed that claims had been lodged by some beneficiaries and insurance companies had paid, adding that it was only when claims were paid on time that insurance could become relevant.

He added that apart from schools, other organisations, mostly from the oil and gas, power, construction, marine and aviation sectors, had also been requesting for such an insurance cover.

But according to him, only a few companies provide cover for it in Nigeria, unlike in developed countries where the cover is easily available.

He explained that the cover could be got by contacting a registered insurance broker because they know which insurance company can provide such a peculiar type of cover.

Because it is a named policy, he noted that the insurance company providing the cover would  want to know specifically those who are insured, what they do for a living, where they operate from, and what amount of cover is needed per person.

“It is pertinent to mention here that this cover is very confidential as you do not want to invite kidnappers to your premises with the announcement that you have insurance cover for any pupil or employee,” he said.

The insurance broker also explained that premiums are prepaid according to the amount of cover the person wants, type of operations and where the insured operates from.

“Once an insured person is kidnapped, a claim is immediately lodged by your insurance brokers and the insurance company appoints an investigator/negotiator who takes over the payment negotiations, makes payment to the kidnappers to release the kidnapped insured person,” he further explained.

High profile kidnapping cases are on the increase in the country. In June 2016, five foreign workers and two Nigerians were kidnapped during a deadly ambush on a convoy of mine workers in Akpabuyo, Cross River State. Three Australians, a New Zealander, a South African and two Nigerians, were working for Australia-based mining company, MacMahon Holdings Ltd., when their convoy was attacked by gunmen. The driver of the vehicle, a Nigerian, was reportedly shot dead.

Some armed men in September 2016 abducted Margaret Emefiele, the wife of the Governor of the Central Bank of Nigeria, Godwin Emefiele, along the Benin-Agbor Road. Margaret did not regain her freedom until after two days following intense search by security agencies.

During the 18th African Reinsurance forum of the African Insurance Organisation, which took place in Balaclava, Mauritius in 2012, The Insurance Institute of Mauritius disclosed in its newsletter on kidnap and ransom insurance cover that Nigeria accounted for a quarter of kidnap and ransom cases reported worldwide.

In the report, it stated that “the number of kidnaps for ransom in Africa continued to increase. In the first half of 2011, Africa’s proportion of the global total increased from 23 per cent in 2010 to 34 per cent. Nigeria is now the kidnap-for ransom capital of the world, accounting for a quarter of globally reported cases.”

Deputy General Manager, AIICO, Mr. Bosun Oduniyi, said the cover could only be provided secretly, adding that it was a specialised product that could not be advertised.

“It can be provided for anyone or organisation who asks for it, but it must be done secretly in a way that even the employees covered by it may not know it because of its discreet nature,” he said.

While noting that terrorism insurance covers risks or damages from acts of terror such as bomb explosions, sabotage, and political violence among others, he described kidnap insurance as requiring more technical capacity and involving the payment of ransom.

“Kidnapping covers a lot of risks such as injury, ransom, and requires a lot of technical experts. It covers cost of hiring private investigators so you need to have the platform to do it,” he said.

He said the reinsurance firm was talking to experts in London and America on how to acquire the required technical knowledge for it.

Akhimien said, “Discerning and security-conscious primary and secondary schools have been coming to us. I’m using the word ‘discerning’ because these are the people who know that they need to go for professionals.

“We have been getting calls. I am the president of ALPSPN with 1,000 members and I get information from my members all over the country about how some schools have been subscribing to their services.”

Akhimien, however, called on schools yet to rejig their security arrangements to start doing so in order to prevent their pupils and teachers from being kidnapped.

He said, “Schools and other institutions, including churches and mosques, have to start reviewing their physical security measures. They can no longer take security the way they used to take it. Every security situation calls for a specific approach. Schools, especially the boarding ones, have to rejig their security approaches.

“Are there any leakages in their security measures? What are their access control measures? Do people from anywhere just enter into the school premises without checks and verification? Are they able to tell who is who on their premises? Are there surveillance devices installed, especially at the critical areas of the school? If they are in place, are they being monitored regularly to detect an intruder? What training are the in-house security guards getting?

He added, “Because some schools want to cut cost, they usually employ some men of northern extraction as their guards, but those people are non-professionals. There is a difference between a guard from the North and a licensed private security guard, whose company is under the Ministry of Interior and supervised by the Nigeria Security and Civil Defence Corps.”

Also, the Senior Safety Specialist, Safety Custodian Limited, Lagos, a company specialised in the sale and installation of security equipment, such as closed-circuit television cameras, Ebenezer Olanrewaju, said the company had recently had more enquiries about video surveillance from school authorities.

“A number of school managements have been making enquiries about having closed-circuit television cameras installed in their schools,” he said.