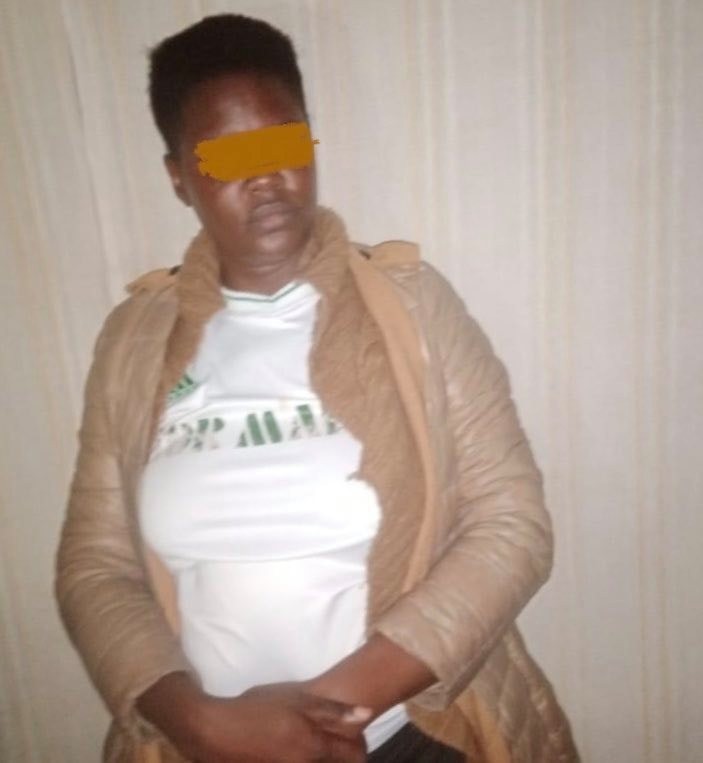 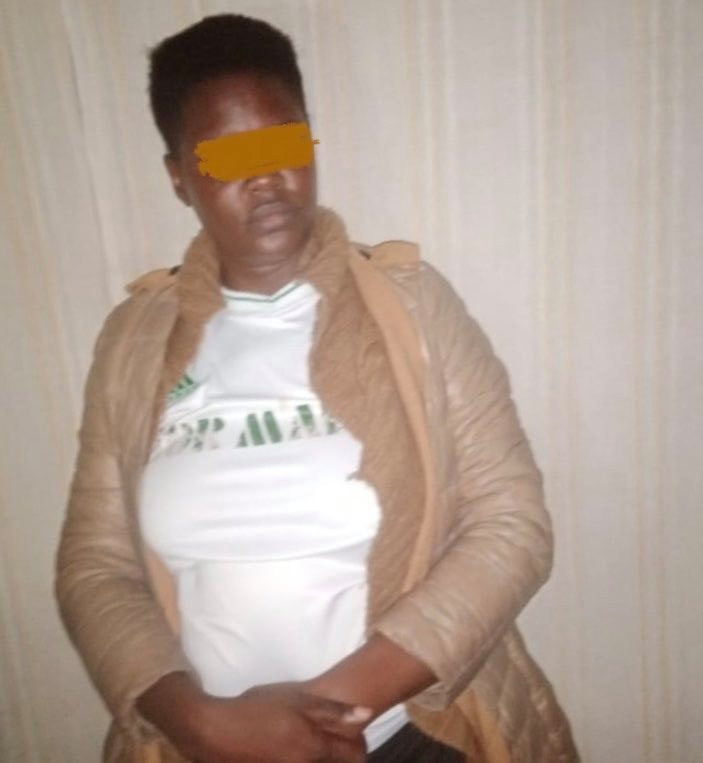 Kenyan woman, Detectives from the Directorate of Criminal Investigations (DCI) have arrested a 42-year-old woman, Bella Achieng Ogolla who had abducted a 1-month-old baby from his mother a salon in Homa Bay County, Kenya.

The baby was reunited with his mother, Benta Achieng, on Thursday, January 21, after a 3-week search for the suspect who went missing after the incident. 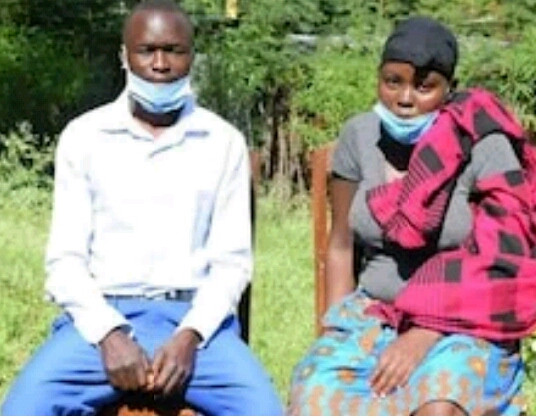 Detectives probing the matter discovered that Ms. Ogolla had met the baby’s mother in the hospital just days before she delivered.

Unknown to the baby’s mother, the suspect was hatching a plan that would see her steal the baby a couple of days later.

It’s still not clear how the suspect managed to convince her husband Bernard Okello that she was pregnant and had finally borne him a son.

According to 21-year-old Benta, the suspect reportedly promised her a gift once she delivered the baby.

About a week from the day Benta gave birth, Bella called and asked to meet her at a market so she could gift her as she had promised when they were at the maternity ward.

When they met at the said market, the suspect asked the new mother to wait for the gift to be brought by her friend, who was running late.

While waiting for the so-called friend to arrive, Benta decided to make her hair at a nearby salon and handed her newborn to Bella.

However, a few minutes later, Bella fled the salon with the baby. 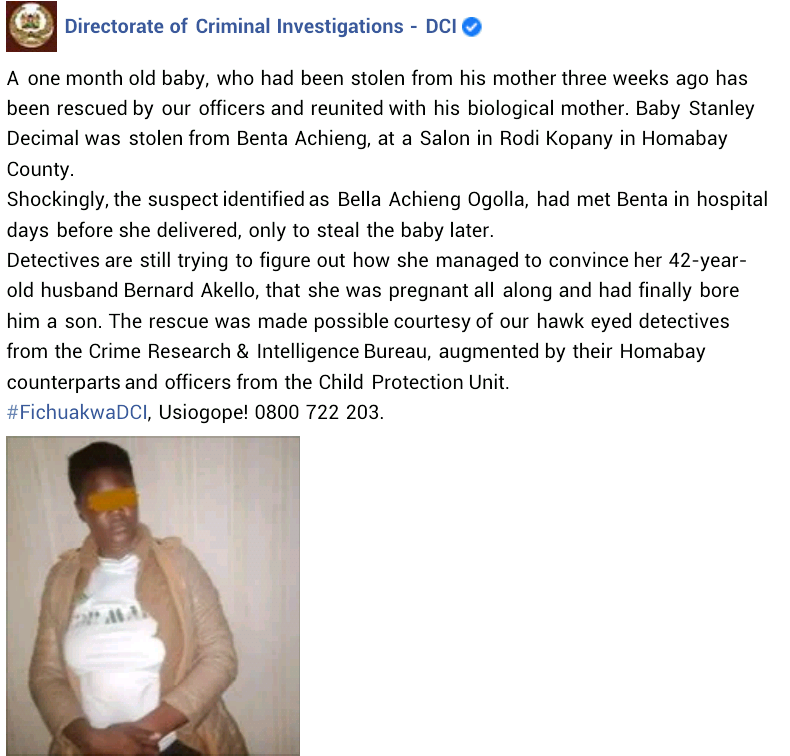 Share
Facebook
Twitter
WhatsApp
Pinterest
Linkedin
ReddIt
Email
Print
Tumblr
Telegram
Mix
VK
Digg
LINE
Viber
Naver
Previous articleRomance or disrespect? Woman’s photo of man with his leg on her thigh on first date sparks debate
Next article”I am not scared”- Yoruba activist, Sunday Igboho, reacts to plans by the police to get him arrested over his eviction notice to Fulanis in Oyo