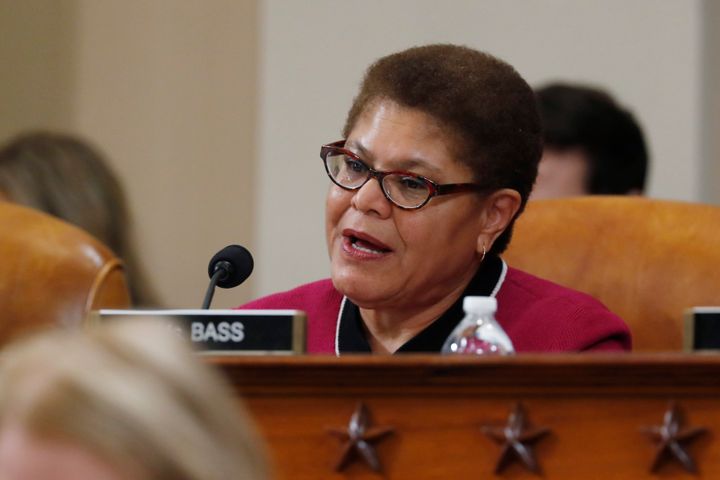 Rep. Karen Bass and Rick Caruso will progress to Los Angeles’ mayoral race this fall after claiming the top two spots in Tuesday’s nonpartisan primary, setting the stage for a heated battle over the direction of a city at a major inflection point.

The candidates, both running as Democrats, beat out 10 other mayoral hopefuls, including City Councilman Kevin de León and activist Gina Viola.

Bass, a community organizer who’s represented Los Angeles in the U.S. House of Representatives for over a decade, and Caruso, a billionaire real estate developer who’s served on several government commissions, will both try to sell Angelenos this November on their readiness to tackle the city’s seemingly insurmountable homelessness crisis, a recent uptick in violent crime and the politics of a COVID-19 pandemic that just won’t go away.

One of them will replace Mayor Eric Garcetti, who’s being forced out by term limits and hopes to be confirmed as the next ambassador to India.

Bass, one of the country’s prominent Black female politicians who was a finalist on President Joe Biden’s shortlist of running mates, represents the liberal Democratic establishment in many ways but has promised innovation in solving LA’s homelessness crisis, which is one of the most serious in the country. That includes using her connections in Washington to secure more federal housing vouchers and addressing the policy failures that have left so people homeless in the first place, she’s said.

Housing activists say Bass is uniquely qualified to help the city’s homeless population, which comprises more than 40,000 individuals. While working as a physician assistant in the 1980s, Bass began organizing a response to the crack epidemic in South Los Angeles and successfully secured millions in government funding to help communities affected by the crisis. In her mayoral campaign, she’s vowed to put resources toward those struggling with addiction, mental illness and homelessness instead of prosecuting them.

But Bass’s plan to deploy hundreds of new police officers has created tension between her and the city’s more progressive wing, including leaders in the Black Lives Matter movement.

She says she plans to house 15,000 people in her first year in office if elected.

“If you tell me that you want to build housing for the homeless, you go to the front of the line,” Bass said in April. “You should not have to stand in line with somebody that is building luxury housing. We don’t need any more luxury housing, in my opinion, in the Los Angeles area.”

That’s a not-so-subtle dig at Caruso, who made his name developing high-end shopping centers and planned residential communities. This isn’t his first foray into government: He’s served as commissioner for the city’s Department of Water and Power, a member of the city’s Coliseum Commission and president of the city’s Board of Police Commissioners.

Caruso, who was registered as a Republican three years ago and only registered as a Democrat right before announcing his mayoral campaign, often touts the city’s 30% drop in crime when he led the police commission in the early 2000s. Though critics say he’s overstating his role in that era’s falling crime rates, his position has resonated with plenty of voters, who catapulted him to the front of the race in the weeks leading up to the primary.

Spending more than $30 million to flood the airwaves with ads certainly hasn’t hurt him, either. That staggering amount totals more than ten times the spending of the entire Bass campaign.

In his pledges to voters, Caruso says he hopes to deploy around 1,500 new police officers and build 30,000 new shelter beds within a year.

The two will face off in the general election on Nov. 8.