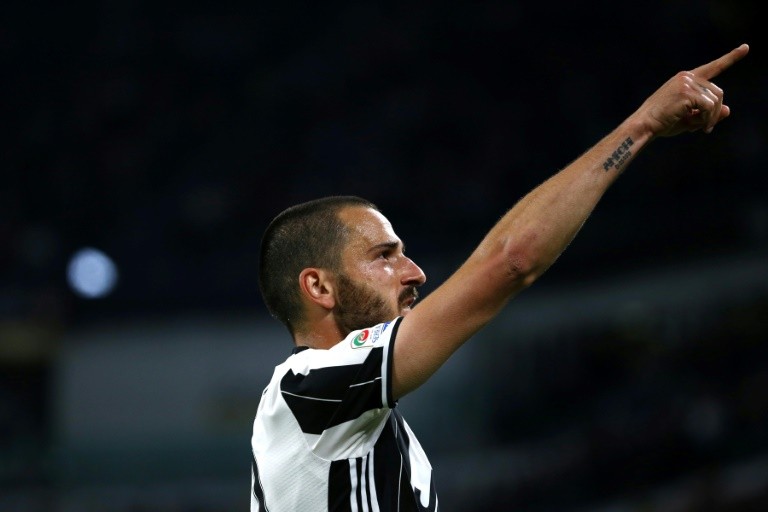 The buying club confirmed in a statement that they had “reached an agreement with Juventus”, and that the centre-back would sign a five-year contract “subject to medical completion”.

The 30-year-old will reportedly earn 10 million euros a season, which would make him the highest paid player in Serie A.

The centre-back was shown arriving at Milan’s headquarters in a video on the club’s Twitter feed.

Seven-time European champions Milan are looking to rebuild their squad after finishing sixth last season, their highest position since the 2012-13 campaign.

Bonucci’s arrival comes three days after 18-year-old goalkeeper Gianluigi Donnarumma, regarded as the greatest prospect in his position in world football, agreed an extension that will keep him at the San Siro until 2021.

Corriere della Sera reported that Bonucci’s departure from Juve is down to a strained relationship with coach Massimiliano Allegri, who has guided the Turin giants to the Champions League final twice in the past three seasons.

Bonucci, who started his career with Milan’s San Siro co-tenants Inter, had to publically deny media reports that he had come to blows with teammates at half-time in the Champions League final in Cardiff, won by Real Madrid 4-1.

His capture comes after heavy investment by Milan this summer following the sale of the club by former Italian Prime Minister Silvio Berlusconi to a Chinese consortium in April.

Italian striker Fabio Borini, Mateo Musacchio, Andrea Conti and Franck Kessie have also been brought in ahead of the 2017-18 season, while Lazio’s Argentine captain Lucas Biglio is rumoured to be close to joining Milan as well.

Domestic media were in no doubt as to what Bonucci’s arrival at Milan meant for the upcoming Serie A title battle.

“Claps of thunder” in the title race suggested Gazetta dello Sport, while Corriere della Sera believes “Milan can win the Scudetto with Bonucci”.