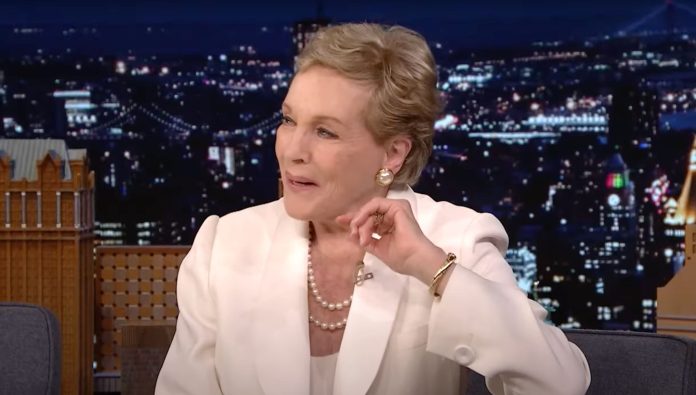 Legendary actor and singer Julie Andrews, in an interview with Jimmy Fallon, revealed what she thinks about the future of the “Princess Diaries” franchise.

Andrews, who appeared on “The Tonight Show” Friday, described how younger fans know her for her role as Clarisse Renaldi in Disney’s coming-of-age film franchise “The Princess Diaries.”

Fallon used the answer as an opportunity to ask Andrews whether there will be a third movie in the franchise.

Andrews, however, doubts there will be a third movie.

You can watch Andrews weigh in on a possible next chapter in the franchise below.

“It’s a lovely thought, but I don’t think it would probably be possible,” Andrews told the publication.