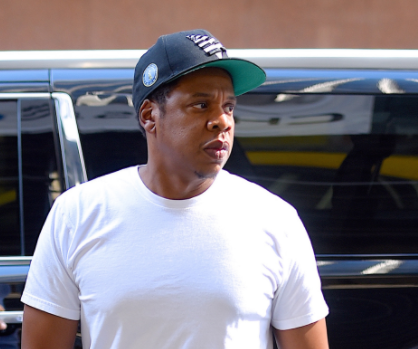 A federal judge has ordered Shawn Carter ‘Jay-Z’ to explain why he shouldn’t have to testify in an SEC probe into Iconix, the company that now owns the Rocawear clothing brand he co-founded.

Jay Z must now appear in a Manhattan court room on May 8th to make his case, according to a court document made public on Thursday. The SEC (Securities and Exchange Commission) said it asked a federal judge to step in after Carter ignored two subpoenas requesting his testimony.

Though Jay Zis not the focus of the SEC probe, rather the agency is focused on Iconix, a brand management company that owns labels including Candie’s, London Fog and Rampage. Carter and business partner Damon “Dame” Dash sold the rights to their urban apparel line Rocawear to Iconix in 2007 for $204 million.

The SEC says Carter and Iconix “maintained publicly-disclosed partnerships related to the Rocawear brand” after the sale. Regulators are investigating “potential violations” of federal financial disclosure laws by Iconix, the SEC said in a statement. As part of that probe, the investigators issued Carter a subpoena seeking his testimony in November 2017 but he never showed up. It issued a second subpoena in February that Carter also ignored.

The SEC said that its efforts to force Carter to testify in the probe do “not reflect a determination by the SEC” that he violated federal law, the agency said. When reached for comment, a representative for Carter issued a statement saying they “are aware that the SEC is seeking information on Iconix’s financial reporting. Mr. Carter had no role in that reporting or Iconix’ s other actions as a public company. Mr. Carter is a private citizen who should not be involved in this matter,” the statement reads.

If Jay Z fails to show up in court, he could be found in contempt, according to a court filing. And if he fails to convince the judge that he should not have to testify in the SEC probe, he could be forced to give his testimony on May 11.