Joshua to visit Nigeria in August 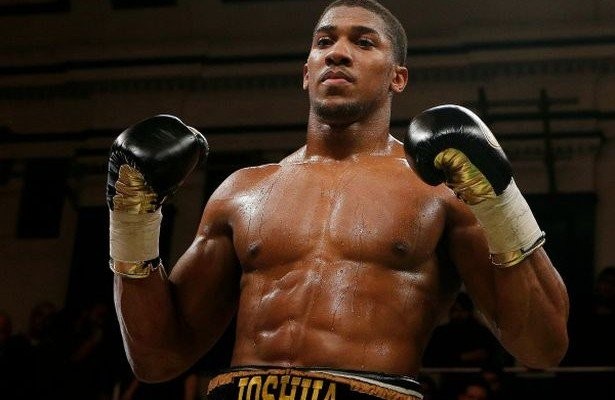 According to the  organisers of the visit Peel Aston Global, the British-born Nigerian pugilist will  pay courtesy calls on Acting President Yemi Osibajo in Abuja and the governors of Lagos and Ogun states.

The director of the outfit Khomeini Bukhari said Joshua, who  defeated Ukrainian Wladimir Klitschko in 11 rounds at Wembley Stadium in April to unify the IBF, WBA and IBO titles, would also visit some royal fathers including the Ooni of Ife,  Awujale of Ijebu and Oba of Lagos.

Bukhari in a statement on Wednesday stated that arrangements had been concluded for the boxing champion’s homecoming.

He explained that the 27-year-old  would attend a charity boxing match tagged  Inspire Nigeria 2017 at the Eko Hotel in Lagos  and the  Transcorp Hilton Hotel in  Abuja where he would take questions from the audience.

According to him,   Inspire Nigeria 2017 is a platform for Joshua to encourage Nigerian youths to enable them to realise their dreams.

He said, “This event is part of his (Joshua’s) Social Corporate Responsibility and duty to give back to Nigeria.

“Part of the tour will be to visit the Presidency, some governors as well as royal fathers.

“I have secured the endorsement and support of some notable people in Nigeria and  I’m very positive that this event will be by far the biggest event in Nigeria in a very long time.”

The businessman stated that Joshua had  made Nigeria proud, describing him as a role model, hope for the youths, and a fine example of a good sportsman.

“We are working very hard on his trip as he is the best sports personality right now as far as I am concerned and he deserves the best homecoming,” Bukhari added.

Meanwhile, Joshua has called for Tyson Fury to regain his fitness so they can arrange a fight that “the public want to see”, according to Skysports.

Fury responded to Joshua’s call-out on Tuesday with a social media post that claimed, “I really don’t believe AJ can lace my boots up.”

He said, “I don’t think Tyson can lace his own boots at the minute! When Tyson is fit, when he’s ready, we’ll be ready.”