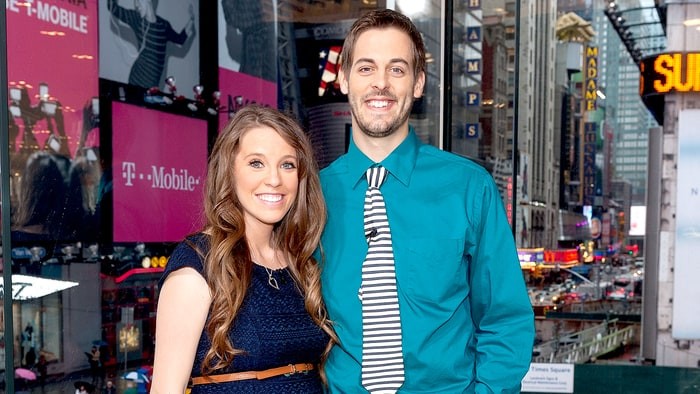 Jill Duggar can’t help but gush over her new man!

No, the 19 Kids and Counting star hasn’t moved on from her hubby Derrick Dillard…Rather, they recently welcomed their second son, Samuel Scott Dillard, into the world!

The proud mama took to Instagram to share the first real photo of their little guy, who looked precious in a blue shirt and grey sweatpants.

“Meet #SamuelScottDillard,” Jill, 26, captioned the pic. “This little handsome fella is getting bigger every day! We are so in love with him!”

Jill and Derrick welcomed Samuel into the world on July 8, giving their eldest child, Israel Dillard, 2, a little brother.

The news of Samuel’s birth was first announced on their family blog as well as Instagram.

“We are excited to finally announce the arrival of Samuel Scott Dillard!” the blog post read. “The newest addition to our family arrived on Saturday, July 8, 2017 at 1:02pm. He weighs 9lb 10oz and is 22″ long. After 40 of labor, he was delivered via C-section at the hospital. Thank you for your continued prayers and support!”

Jill and Derick, 28, tied the knot in 2014 and announced her most recent pregnancy in December.

After 19 Kids and Counting was cancelled in 2015, and Jill and younger sister Jessa Duggar Seewald, 24, took on their own spinoff series, Counting On, alongside their husbands.