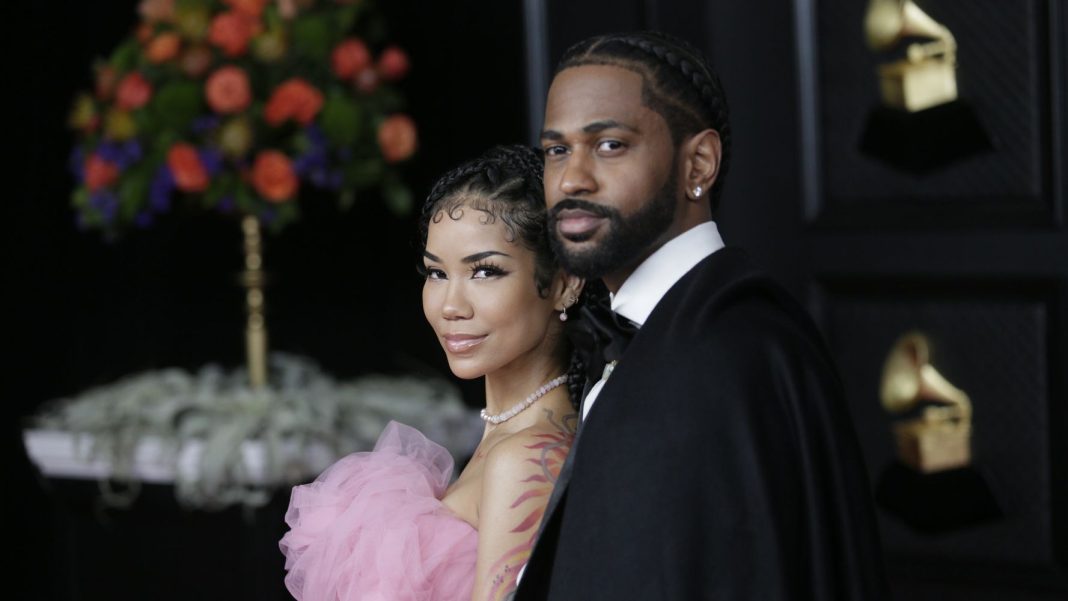 Jhené Aiko and Big Sean are taking their romance to new heights.

The musical duo are reportedly expecting their first child together, according to TMZ.

On Saturday, Aiko was spotted by the outlet in Beverly Hills as she showcased her very visible baby bump in a fitted gray dress alongside her longtime partner, Sean.

While Aiko is already a mom to 13-year-old daughter, Namiko Love, whom she shares with R&B singer O’Ryan, the couple’s child will be Sean’s first baby.

The pair — who released a joint album titled “TWENTY88” in 2016 ― started dating that same year but ended the relationship in 2019 before their recent reconciliation.

Aiko addressed the breakup news in an Instagram comment at the time, confirming there was no drama between the two.

“Me and Sean are good,” she wrote in response to a fan who hinted Aiko would bad mouth the “Bounce Back” rapper on her next album.

“I’ve got tons of love for him. My next album is all freestyles where I touch on many subjects and relationships… past, present and future,” she wrote. “I know you all love the drama and would like to think everything I do or say is about him, but I’ve been through plenty of other things and situations that I pull inspiration from when I sit down to create a song. Have a good day.”

Aiko, who got a picture of Sean’s face tattooed on her body in 2017 a week after she finalized her divorce with ex-husband Dot da Genius, ended up covering the tattoo with a swirling galaxy piece the following year after she and Sean called it quits.

In 2020, the two were seen flirting during a joint Instagram Live, with Sean joking that he was going to pop the big question.

“Why don’t you marry me,” Aiko asked.

“It’s in the works,” Sean replied, to which she bantered, “Whatever, I don’t need no man.”

Earlier this year, Sean revealed a forthcoming collaborative project with Aiko during an Instagram Live with Queen Naija.

“I’m here working on a new album and new TWENTY88, me and Jhené,” the Detroit rapper said smiling. “Shit, we’ve been working on it for a little bit… It’s coming along good, though.”