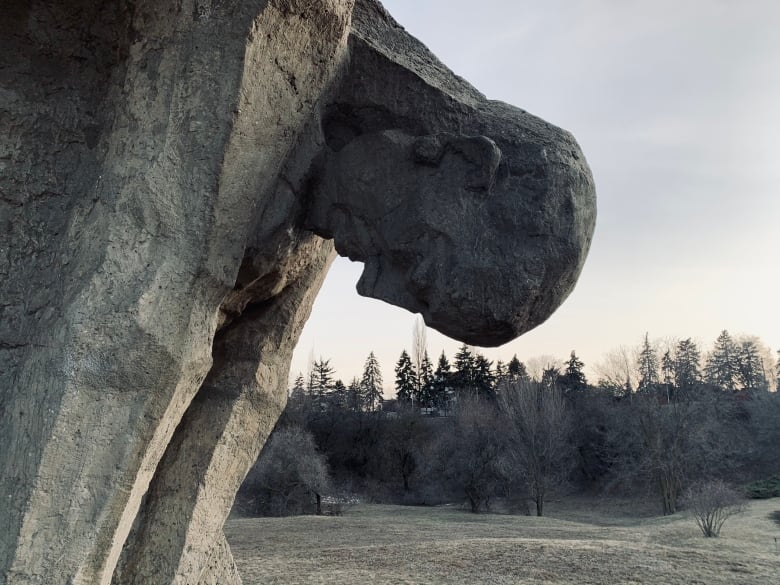 As the evening light falls over the gentle slope of the ravine, Natalia Yefimushkina, her head tightly bound in a red scarf, stares into the heart of one of Russia’s largest mass graves.

In the summer on 1942, the Nazi death squads first came to Rostov-on-Don, a city about 1,000 kilometres south of Moscow. Over the next year and half, they would kill 27,000 people here, most of them Jews like Yefimushkina’s grandparents. They were ordered to strip and line up along the ravine before soldiers opened fire and executed them in what has been called a “Holocaust of bullets.”

Yefimushkina is so traumatized by the stories of what happened here that she is haunted by visions of her family members.

“Up there on the top, they were standing. They were speaking in German, there were dogs, and [people were] crying — and I’m standing over there. It’s as if I’m there, too, with them,” Yefimushkina said, crying herself.

Zmiyovskaya Balka, which translates to “the ravine of snakes,” is now the site of a towering memorial to those who died here. It consists of a cluster of stone figures with outstretched arms and terror, despair and sorrow etched in their faces.

These feelings are reflected in the faces of the living. Inna Rizhevskaya lost family here, too. The remains of her pregnant aunt and cousin lie somewhere in the ravine.

“I did not know them at all,” she said. “Of course, this is sad. It’s sad that for no reason, for nothing, they were killed.”

Given the sheer horror of what happened, many people in Rostov-on-Don were shocked to learn that a man who translated for the Nazis responsible for this ended up building a life in Canada.

And that more than half a century later, the Canadian government still hasn’t been able to remove him.

“He’s living a quiet life there? He isn’t having nightmares?” said Yefimushkina.

“They should send him to this place, then for sure he will feel his guilt. Let him come here. There’s no way he won’t feel something. The children, the young people, pregnant women, the old people — there were thousands in this pit.”

Helmut Oberlander was just 17 when he started interpreting Russian for the German-speaking Einsatzkommando 10a, one of the Third Reich’s most brutal mobile killing units.

The kommando squads, a subgroup of the Einsatzgruppen, would move into newly German-controlled territory and kill people considered “unacceptable” or a threat. The 1946 Nuremberg tribunal estimated the units were responsible for the execution of more than two million Jews between 1941 and 1944.

In the summer of 1942, Oberlander’s unit moved through Rostov-on-Don.

After the war, in 1954, he moved to Canada and settled in Waterloo, Ont., where he became a successful developer and community leader. But his past was eventually revealed.

According to declassified government documents, it began in 1963, when the RCMP quietly started a file on him after receiving diplomatic information from New York alerting them to Oberlander’s presence in Canada and alleging he may have taken part in war crimes.

He would face questions about what happened in Rostov when German investigators looking into war crimes deposed him in Toronto. At that time, Oberlander said he did not know the name of the unit to which he was assigned.

“I do not know anything about any executions of Jews in Rostov,” he said.

Oberlander told the authorities he only remembered working alone as a sentry in a boat anchored nearby. “I had to guard the grain so that the population could not loot it.”

But one of Oberlander’s fellow unit members, Leo Marr, repeatedly told German investigators in the ’60s that Oberlander was more involved in the operation there. He described an operation in which Jews were processed in a house: men were directed to one room, women to another. They were ordered to strip and remove their jewellery and any valuables before being transported to the ravine.

“Oberlander, the interpreter that I knew, came into our room with a girl of 19 or 20 years of age who still had her clothes on,” Marr said. “The girl was crying profusely and swore she was not a Jew, but Russian.” Marr testified that Oberlander translated for her and told her she was free to go home.

Oberlander told the authorities he has no recollection of this incident.

In 1985, Canada created the Commission of Inquiry on War Criminals, which started an exhaustive review of potential war criminals living in the country. Once-secret documents reveal Oberlander was among 29 cases flagged for special investigation.

The next year, according to the documents, Quebec Superior Court Judge Jules Deschênes recommended “no prosecution should be started against Helmut Oberlander” because German investigators failed to prove Oberlander took part in any crimes.

Instead, it recommended he be stripped of his Canadian citizenship because he did not divulge his membership in the SS and the Einsatzgruppen to immigration officials.

Ten years later, the news of Oberlander’s past became public when Canada started proceedings to remove him. His Canadian citizenship would be revoked four times after 2000. Three times it was overturned by the Federal Court of Appeal, but his final appeal was quashed in 2019.

Now 97, Oberlander is awaiting an immigration hearing, which has been delayed because of complications around COVID-19 and a hearing disability that prevented him from fully communicating with his lawyer.

On Thursday, Oberlander’s lawyer, Ronald Poulton, filed a motion to permanently stay the proceedings against his client, alleging he had new evidence the government withheld important evidence.

In a statement, Canada Border Services, which handles deportation matters, said it cannot comment on matters before the courts, but added that it places the highest priority on removal cases involving national security, organized crime and crimes against humanity.

It’s now up to a judge to consider the motion. If the stay is not granted, immigration hearings will proceed.

If he were to be deported, Oberlander would likely be returned to Germany, even though he lost his citizenship there in 1960 when he became a Canadian.

Rostov-on-Don’s chief rabbi, Chaim Danziger, has struggled to explain to the community how Canada has handled the case. 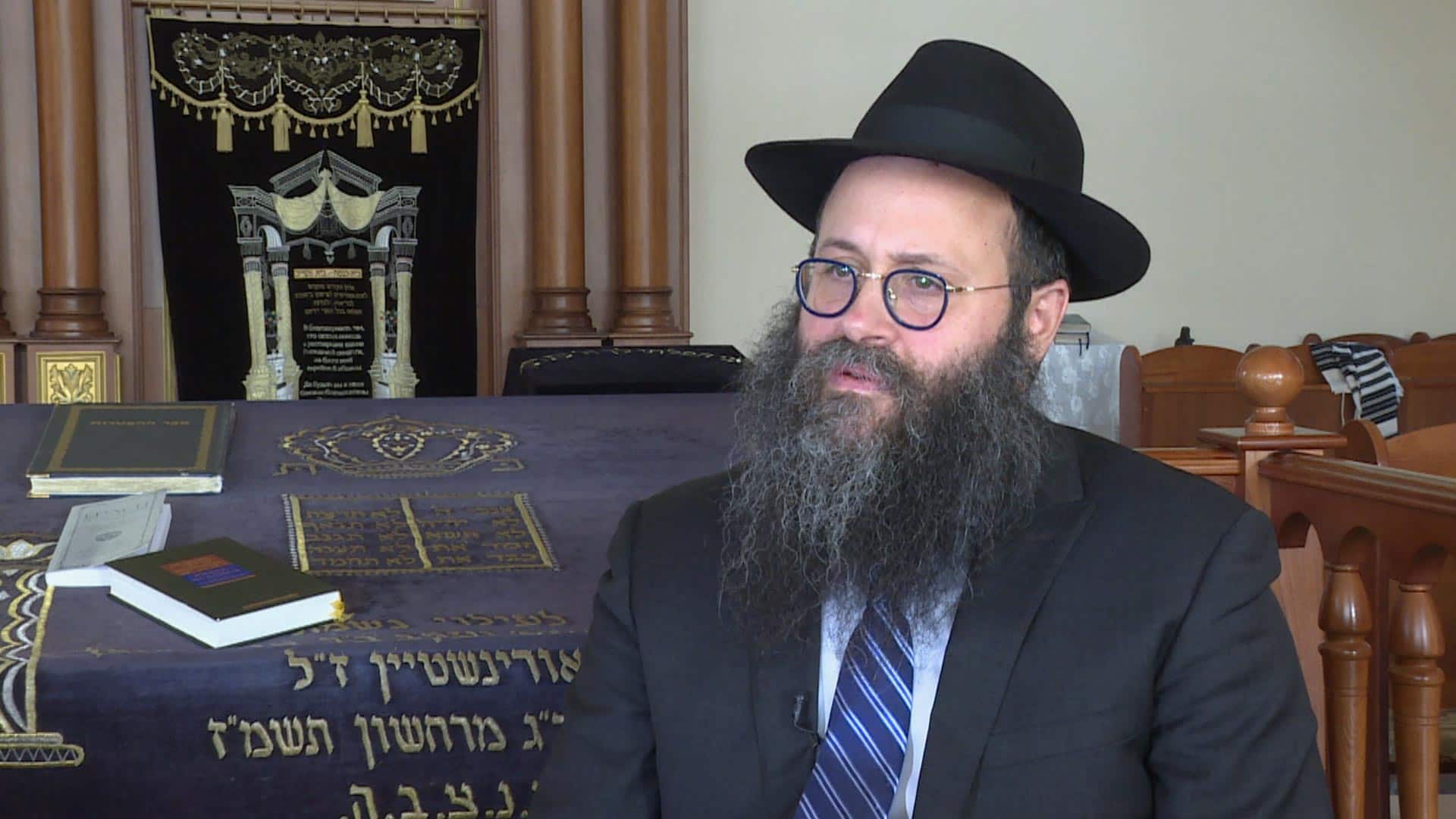 Chaim Danzinger, a rabbi in Rostov-on-Don, says it’s been hard for the city’s Jewish community to learn about Oberlander. 0:43

“They came to me to explain it, like, what’s going on? How could this be? How could there be someone who was involved? What is Canada doing?” said Danzinger, who is originally from Toronto. “How do you answer such a thing?”

Danzinger came to Rostov-on-Don 12 years ago, attracted by the challenge of helping rebuild its Jewish community, which was almost completely wiped out during the Second World War. As a part of that effort, he’s worked with surviving families to put a name to every person lost in the Ravine of Snakes.

“People are still hurting with what happened. We can’t say that it happened so long ago and just let’s move on, let’s turn the page. No, the tragedy that happened in 1942 here in Rostov is felt today. The families are grieving.” he said.

Danzinger says it is unlikely an interpreter working for a Nazi death squad would not know what the unit was doing in Rostov.

Oberlander’s past denials about knowing anything about the execution of Jews haven’t gone down well in Rostov-on-Don.

“Oh, he didn’t see how they shot people?” said Maya Rozina, whose grandparents and mother’s 13-year-old sister were killed in the ravine.

“How about when he had to translate ‘get naked?'” she asked. “He was blind, I guess? Well, I think for this, too, he should be punished. But not deportation. This is not a real punishment.”

Rozina said even if authorities put him in jail for a month or two, “that will truly be a punishment for a person of 97 years. He will have no freedom. He will be sitting behind bars.”

WATCH | A relative of Jews who were killed in Rostov reacts: 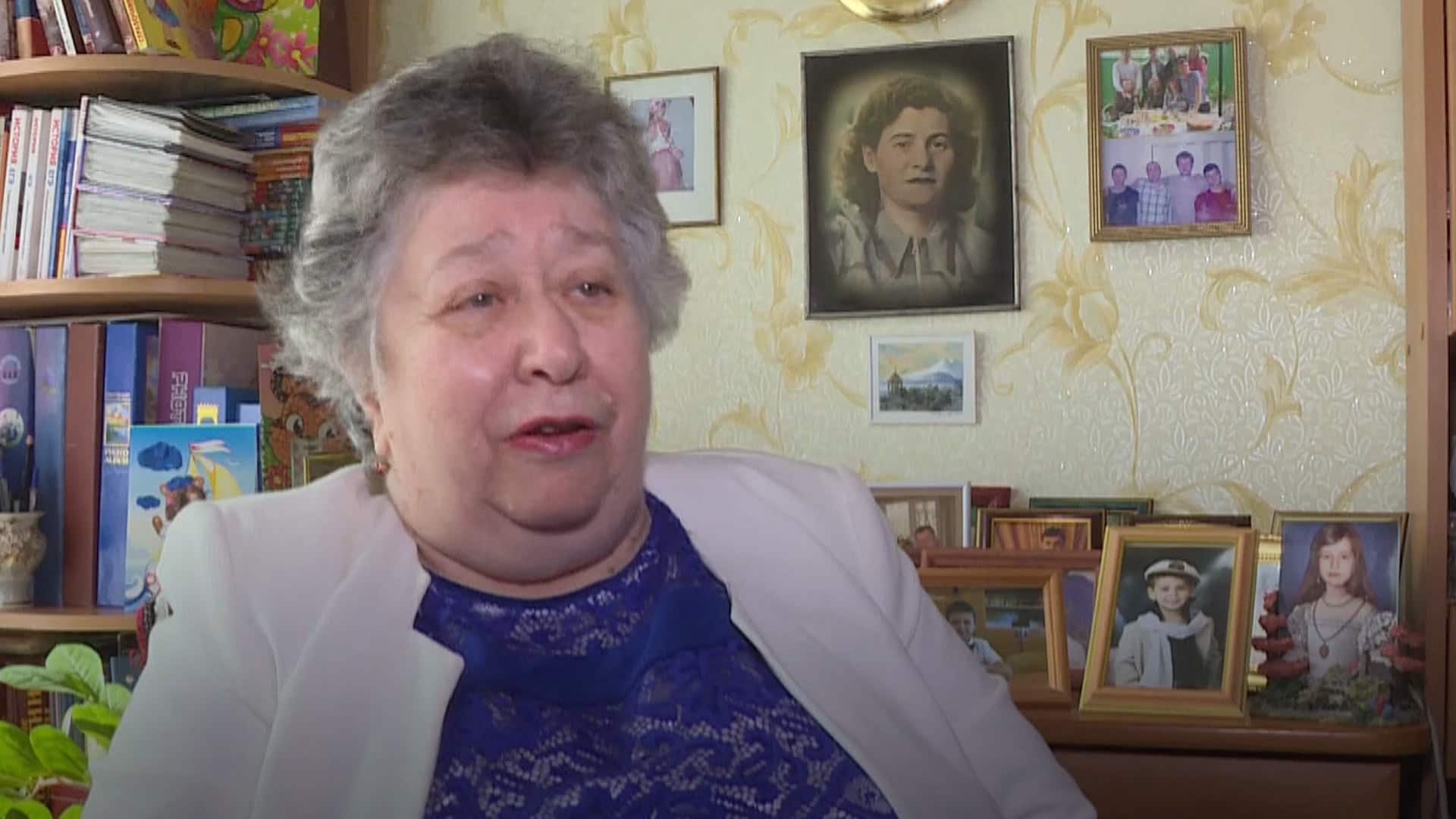 Maya Rozina’s grandparents and aunt were killed in the Ravine of Snakes. She says deportation wouldn’t be a ‘real punishment’ for Oberlander. 0:43

In the city’s only synagogue, Inna Rizhevskaya shares photos of the family she lost. She, too, is incredulous at Oberlander’s long-standing claim he didn’t know about the execution of Jews in Rostov.

“This is all nonsense. He’s making this all up. At 17, he was a translator, but the fact that they were killing people, he did not know this?” she said.

“It seems Canada will take anyone in — the good and the bad. A very strange country,” she said.

For his part, Rabbi Danzinger is philosophical about what could happen next.

“What’s justice mean? It’s not about an eye for an eye. It’s not about punishment. Justice just means that someone has to be held accountable for something he did,” Danzinger said.

As the community watches Canada to see what it decides to do with Oberlander, Rostov’s focus is also drawn inward on healing and rebuilding its once-robust Jewish culture, with help from their Toronto rabbi.

Danzinger leads marches of remembrance, and runs an active social media profile that focuses on outreach and education. His efforts are paying off in a city that once had 13 synagogues.

Danzinger has seen a shift as people who were once afraid to identify as Jews are openly embracing it. He said many families felt “we’re Jewish, but let’s not discuss it. Let’s not practise. Let’s not participate [in the community].”

But now, he said, “Jews are coming out. They’re coming to participate.” 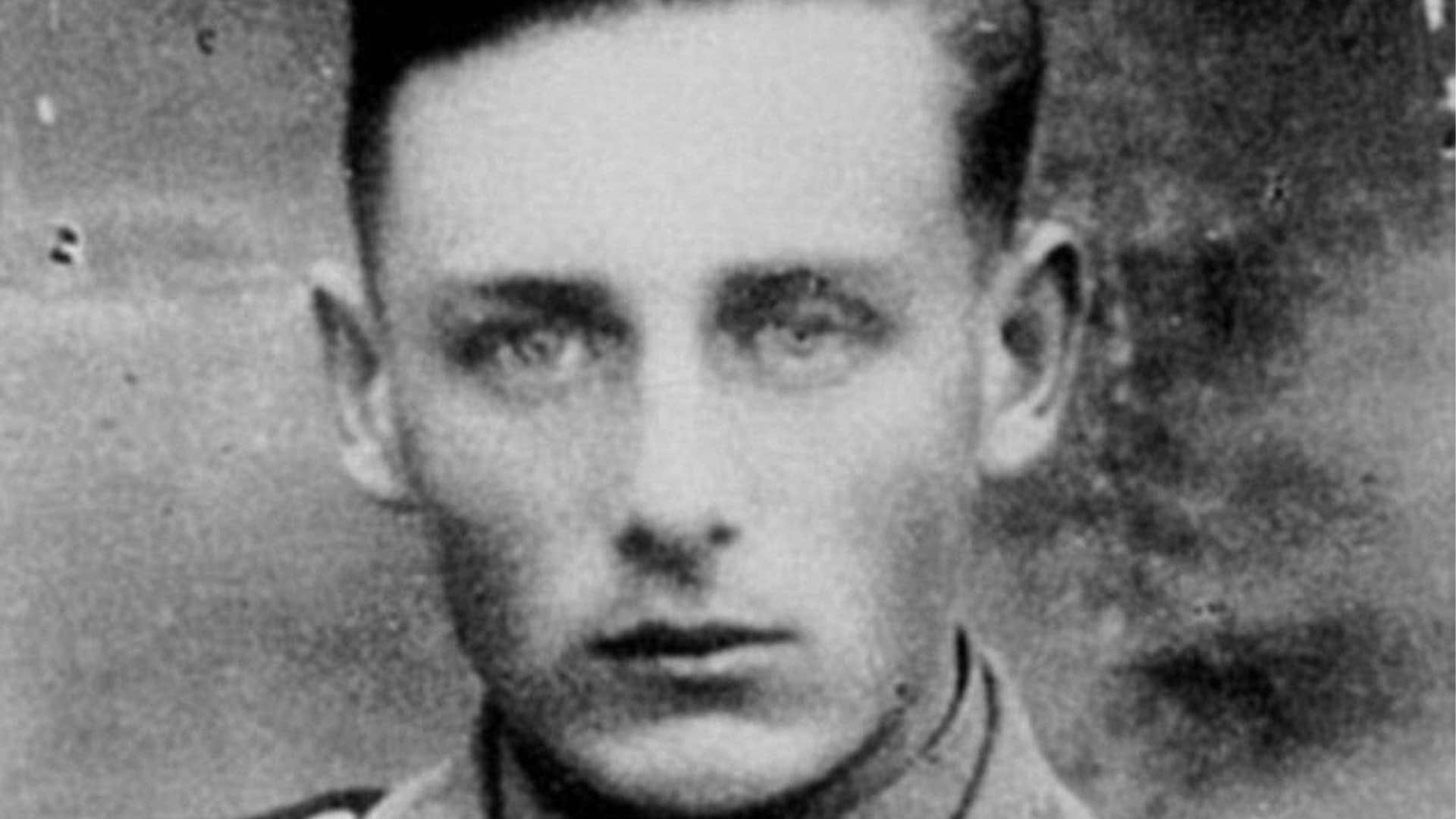 Jewish residents of Rostov-on-Don in southern Russia are outraged that the former Nazi interpreter whose unit almost wiped out their community is ‘living a quiet life’ in Canada. WARNING: Some of the images in this story may be disturbing to some viewers. 6:17